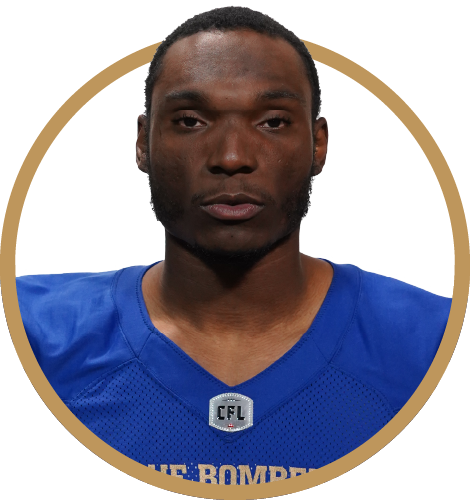 The Blue Bombers signed McKnight to a one-year contract on June 15, 2021 and he finished his first CFL season appearing in eight games, including five starts, with 15 receptions for 96 yards. He made his CFL debut, and his first start, in Toronto on August 13th.
McKnight had his contract extended on December 28, 2021.

McKnight spent  two years with the Broncos on their practice squad after signing as an undrafted free agent. He also spent some time in 2020 in the Spring League.

McKnight had a sensational college career at Samford in which he had 243 receptions for 3,248 yards and 23 touchdowns, including 100 catches for 1,453 yards and nine TDs as a senior.
He was a 2017 All-American and 2017 First Team All-SoCon (Southern Conference), a 2016 Second Team All-SoCon and was the 2015 SoCon Freshman of the Year.