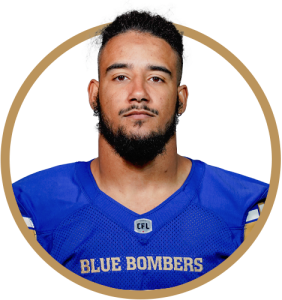 Ford signed with the Blue Bombers on May 20, 2022. He was the club’s first pick, 13th overall, in the 2022 CFL Draft and arrived in Winnipeg after attending NFL mini-camps with the New York Jets and Pittsburgh Steelers.
Ford played four seasons at the University of Waterloo and was a big part of the schools turn around since his arrival. Ford totalled six interceptions while playing for the Warriors and was a dynamic kick-returner. He ran the fastest 40-yard dash at the 2022 CFL combine with a time of 4.42. Ford was a 3-time OUA All-Star and was twice named Second Team All-Canadian.