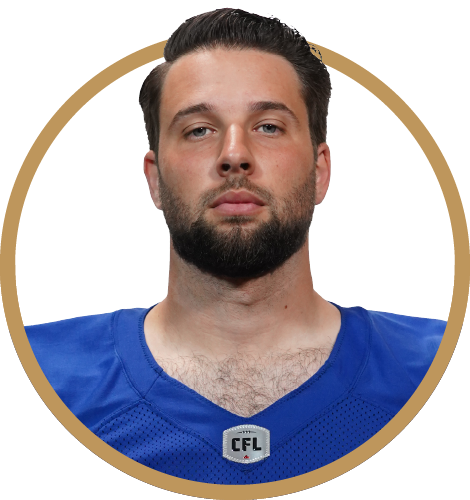 He was recently released by the Montreal Alouettes, who had acquired him in a February 2020 trade with Toronto for Boris Bede.

He was originally selected by the Calgary Stampeders in the fifth round, 40th overall, in the 2014 CFL Draft. He attended training camp with the club that year before returning to McMaster and spent much of 2015 on Calgary’s practice roster before being dealt to Saskatchewan for running back Jerome Messam at the trade deadline.