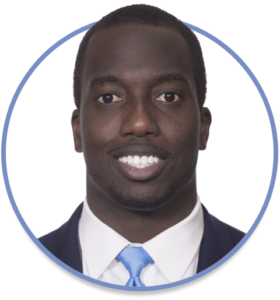 Antigha played in 35 games over two years with the Riders, registering 51 tackles, seven sacks and three interceptions, one of which was returned for a touchdown. In 2017 he was named Saskatchewan’s Most Outstanding Rookie.

Antigha played his college ball with the Presbyterian College Blue Hose of the Big South Conference, lining up for four years as a receiver and finishing with 105 receptions in his junior and senior season. He also returned punts as a senior, averaging 13.6 yards per return.

He was converted to defensive end after flashing his athleticism at a Roughriders min-camp.