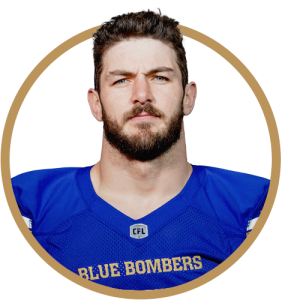 Cadwallader dressed for all 14 regular-season games for the Blue Bombers in 2021, his rookie season, plus the Western Final and Grey Cup.
He finished the year with eight tackles on special teams, one more on defence while also forcing a fumble. He also forced a fumble in the Western Final win over the Saskatchewan Roughriders and registered three special-teams tackles in the Grey Cup victory over the Hamilton Tiger-Cats.
Cadwallader was selected by the Blue Bombers in the 7th round, 64th overall, of the 2020 CFL Draft.