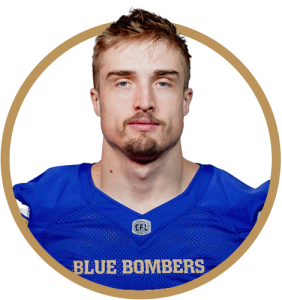 Hallett dressed for nine games for the Blue Bombers in his rookie CFL season, making his first start against the Montreal Alouettes on November 13th. He was injured in that game and missed the regular-season finale and the playoffs. He finished the year with one defensive tackle, four more on special teams and also registered a fumble recovery.
Hallett was the Bombers’ first pick in the 2020 CFL Draft, selected 18th overall.