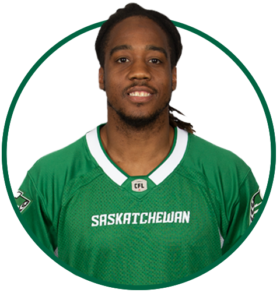 The Bombers added Roosevelt on August 29, 2021. He spent the 2021 training camp with the Montreal Alouettes after signing with the club on February 26, 2021.

The Buffalo, NY product was a quarterback in high school and converted to receiver during is college days at Buffalo, where he played with former Bomber QB Drew Willy. He was signed by the Buffalo Bills as an undrafted free agent in 2010 and also had stints with the Cleveland Browns and Detroit Lions before signing with the Roughriders in 2015.