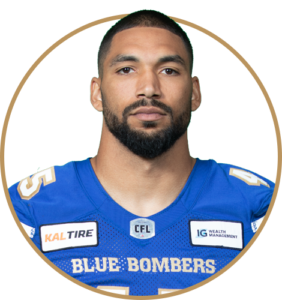 Jones is a veteran of 65 CFL games over six seasons in the CFL. Jones has spent the past three seasons in Edmonton, while also spending time with BC and Saskatchewan. Jones has recorded 103 defensive tackles, 44 special teams tackles, two interceptions and one forced fumble throughout his CFL career.