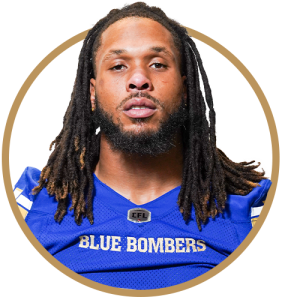 Adams joins the Blue Bombers after spending the past two seasons with the Saskatchewan Roughriders. Since joining the CFL, Adams has appeared in 16 games registering four sacks and 27 tackles. Before that, Adams spent four years at Western Michigan. During his senior year in 2016, Adams led the MAC in tackles for loss with 18 and led his team in sacks with 7.5.

Adams would go on to be drafted in the seventh round of the 2017 NFL Draft by the Pittsburgh Steelers where he would spend two seasons. The defensive end also spent time with the New York Giants before signing with the Roughriders.