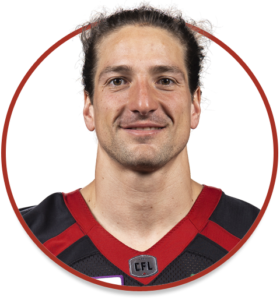 Signed with the Blue Bombers as a free agent on February 5, 2020.

Feoli-Gudino was selected in the fifth round, 38th overall, in the 2011 CFL Draft by the Argos, but returned to college after training camp. He joined the Argos the following year and suited up for 21 games in his first two seasons as a pro, but did not register a reception.

A five-year starter at Laval (2007-2011), Feoli-Gudino left Laval as the CIS (now U Sports) second-leading career receptions leader (238) and was 12th on the all-time receiving yards list (2,756). A four-time conference all-star, he was named the MVP of the 2008 Vanier Cup game after scoring a pair of touchdowns in the Rouge et Or’s win over Western.