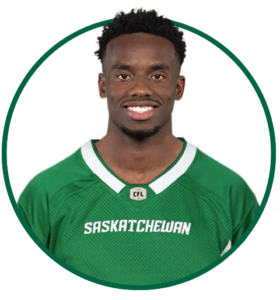 Dean finished last season on the practice roster of the Saskatchewan Roughriders, after signing with them in mid September. He had just participated in four NFL preseason games the previous month, three with Cleveland and one with Pittsburgh. Dean played two seasons at Miami, seeing action in 25 games where he had 28 tackles, three interceptions and five pass deflections.