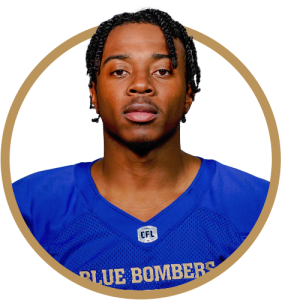 Parker joins the Blue Bombers after a four-year college career with the Kent State Golden Flashes. During his freshman season, Parker appeared in 12 games while starting 7. The following season Parker led his team in passes broken up and was fourth in tackles. During his Junior season, he was named a team captain and started each game. Parker finished his career with 230 tackles, 28 passes broken up, and 9 interceptions. Parker was named to Athlon’s preseason All-MAC First Team Defense and All-MAC Third Team Specialists.