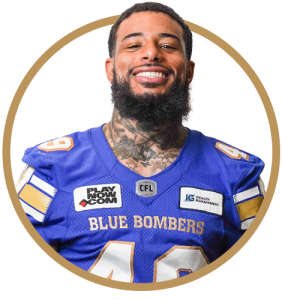 Hassell began his college career at South Dakota State before transferring to Florida Tech following his sophomore season. As a redshirt junior, Hassell led the Panthers with 78 tackles and was named second team all-conference. In his senior year, he made 124 tackles including 9.5 tackles for loss, 4.5 sacks and three forced fumbles on the way to being named first team All-GSC and the conference Defensive Player of the Year.

Prior to joining the Blue Bombers, Hassell spent time in the NFL with the Cleveland Browns, New England Patriots, and New York Jets from 2018-2020.