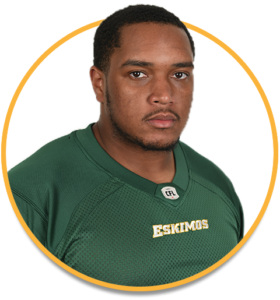 Lofton joins the Blue Bombers in 2022 for what will be his fourth season in the Canadian Football League after spending time with Ottawa (2017-18) and Edmonton (2019). He was also under contract with Edmonton through 2020 and the cancellation of the season due to the pandemic before being released in May of 2021. He has six games of CFL experience and was also briefly with B.C. in 2019 before signing in Edmonton.
Lofton played his college ball at Temple, redshirting his first year and then appearing in 37 games over the next four seasons. In 2015, his senior year, he was named a First-Team All-American Athletic Conference all-star.