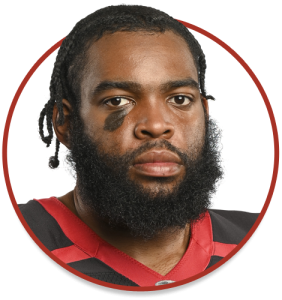 The Blue Bombers signed Boyd on June 18, 2021 after he had looks in the NFL with both the Kansas City Chiefs and New York Jets in 2019.
Boyd played college ball at both Rhode Island and Cincinnati. After graduating from Rhode Island he transferred to Cincinnati and in his one season there  earned first-team All-AAC honours for his performance at tackle. He signed with the Chiefs in the spring of 2019 as an undrafted free agent and, following his release, also spent some time with the Jets.