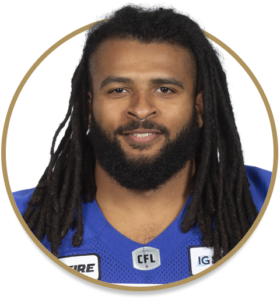 Janke was selected in the fifth round, 44th overall, of the 2015 CFL Draft by the Stampeders. He appeared in three games in his rookie season, making his CFL debut on July 24th in Ottawa, and  picked up four tackles on special teams. In 2016 Janke dressed for five regular-season games and had four tackles on special teams. He also dressed for the 2016 West Final and Grey Cup.

Janke spent his four-year college career with the Saskatchewan Huskies, playing solely at the running back position. He totalled 730 yards rushing and eight touchdowns with the Huskies. He joined the Okanagan Sun of the Canadian Junior Football League  in 2014 and switched from running back to defensive back while returning both punts and kickoffs.