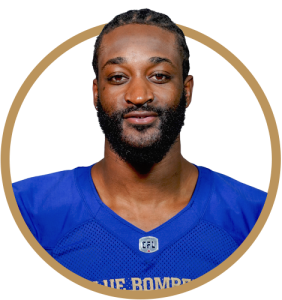 Houston dressed for four regular-season games for the Blue Bombers in his first CFL season, making two starts and registering seven defensive tackles with three more on special teams.
He first signed with the club on July 27, 2021 and was added again on December 28, 2021 after finishing the season on the practice roster.

Houston spent four years at Southern University (2015-18), finishing with six interceptions including two as a senior.