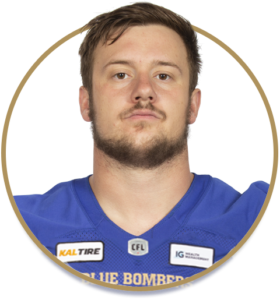 The Bombers selected Griffiths in the third round, 25th overall, in the 2019 CFL Draft. He spent the season on the club’s practice roster.

Griffiths played 42 games with the University of British Columbia Thunderbirds, recording 48 tackles and six sacks over four seasons. Griffiths was named a Canada West All Star in his senior year and was named to the 2018 East-West Bowl after amassing 17.5 total tackles and two sacks, adding another 5.5 tackles and a sack in two playoff games. Griffiths was also named an All-Canadian in 2017.