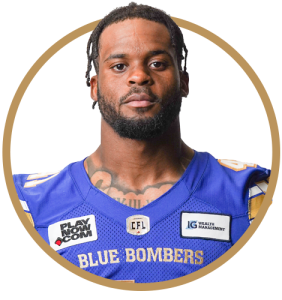 Cole was signed by the Blue Bombers on July 12, 2022.
Cole joins the Blue Bombers after a stint with the Edmonton Elks earlier this season and following a two-year college career with the Mississippi State Bulldogs. He made 17 starts over that time at safety and tallied 78 tackles, 10.5 tackles for loss, three sacks, two interceptions, and four passes defended.
Cole was selected by the Minnesota Vikings in the seventh round of the 2020 NFL Draft. Over the last two NFL seasons, he spent time with the Vikings, Miami Dolphins, and Carolina Panthers, dressing for two pre-season games in 2021.