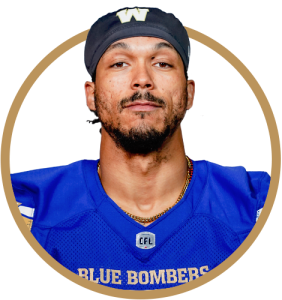 O’Leary-Orange appeared in three regular-season games for the Blue Bombers in 2021 and both the Western Final and Grey Cup.
He was the Blue Bombers fourth-round selection, 37th overall, in the 2020 CFL Draft.

O’Leary-Orange appeared in six games at Nevada in 2019 due to injury, making five receptions for 85 yards. He played in 11 games in 2018, making seven starts and recorded 14 receptions for 214 yards and tied his career-high four scores. He was a member of Nevada’s 2018 Arizona Bowl victory team. O’Leary-Orange played in 11 of Nevada’s 12 games in his sophomore year, making nine starts and producing single-season career highs in all categories, making a name for himself by ranking third on the team with 39 receptions and 618 receiving yards.