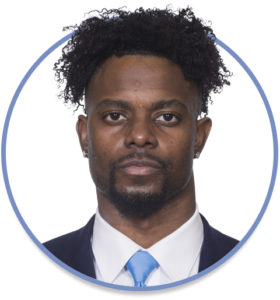 2019: Played 17 games, started 15. Finished with a team leading and career-high five interceptions, including two at Hamilton in the season finale. Third on team with 58 tackles. Had one fumble recovery.

2018: Played 18 games, started all 18. Scored two TDs, a 100-yard fumble return at Hamilton in the Labour Day Classic, and a 46-yard interception return the previous week at Montreal. Second on team with 63 tackles. Finished with two interceptions and one sack.

2017: Played in eight games, started seven. Missed the final regular season game as well as the playoffs due to injury. Had one interception, which he returned 75 yards for a touchdown against Montreal.

College: Played 50 games over four seasons at ASU. Finished with 217 tackles and 10 interceptions, two of which were returned for TDs. Was a two-time All-Pac 12 player.

Personal: Attended Millikan Senior High School in Long Beach. At times played defensive back, running back, quarterback and receiver. In 2010 he led the team in passing and rushing and finished third in receiving.