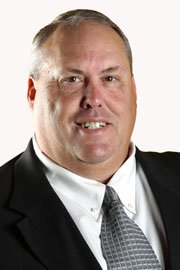 Born in Arkansas and now based in Alabama, Paul Jones has earned a reputation as one of pro football’s best talent scouts with a keen eye for players who are uniquely suited to the CFL. Jones began his esteemed career with the Winnipeg Football Club in 1988 where he was the Bombers’ Director of Player Personnel before being named Assistant General Manager.

Jones spent nine years in Winnipeg before leaving to work in scouting with the NFL’s Minnesota Vikings, and then as the Assistant GM and Director of Player Personnel for the Toronto Argonauts for a year before heading to Edmonton.