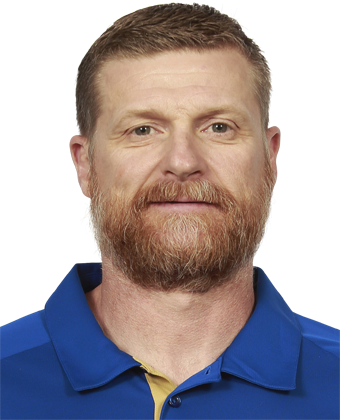 Mike O’Shea enters his seventh season as Head Coach of the Winnipeg Blue Bombers in 2020.

On December 13, 2019 — three weeks after helping guide the club to its first Grey Cup championship since 1990 — he signed a contract extension that will take him through the 2022 season.

O’Shea’s role in the build to the 2019 championship has been prominent since he was first named the 30th head coach in franchise history back on December 4, 2013. Preaching discipline and a team-first approach, he has built a culture in which his coaching staff is empowered while his players are eager to play for him.

The Bombers are 56-52 under O’Shea’s watch, and 44-28 over the past four seasons — including four consecutive double-digit win campaigns. The club went 11-7 in 2019 and, in the process, O’Shea moved into third place on the club’s all-time coaching wins list with 56, trailing only two hall of famers in Bud Grant (102 wins) and Cal Murphy (86).

The Bombers were 10-8 under O’Shea’s command in 2018, despite opening the season without starting quarterback Matt Nichols for the first three games. The team also enjoyed its first playoff victory since the 2011 Eastern Final, with a 23-18 win over the Saskatchewan Roughriders in Regina in the Western Semi-Final. That result propelled the Bombers to the Western Final, the team’s first division final in six years, where the team fell 22-14 to the eventual Grey Cup champion Calgary Stampeders.

O’Shea led the club to a 12-6 record in 2017, the team’s best record since also going 12-16 in 2002, and finished in second place in the West Division. The club hosted its first-ever playoff game at Investors Group Field since the stadium opened in 2013 and first home playoff game since 2011.In 2016, the Bombers stumbled to a 1-4 start before going on a 10-3 run to conclude the regular season and finished 11-7, qualifying for the playoffs for the first time in four years.

O’Shea took control of the club in 2014 and began to carve out a team-first mentality – something still very evident today – while the club finished with a 7-11 mark. This was followed by an injury-riddled 2015 season in which his team went 5-13.

O’Shea took the reins after spending four seasons as the Special Teams Coordinator with the Toronto Argonauts, winning a Grey Cup in 2012. He was a three-time Grey Cup champion as a player during his 16-year CFL career, 12 with the Argonauts and four with the Hamilton Tiger-Cats. He was part of three Grey Cup championship teams (all with Toronto) in 1996, 1997 and 2004, and in 2017, was inducted into the Canadian Football Hall of Fame.

In 2006, O’Shea became the first Canadian ever to make at least 1,000 tackles in a career, and in 2007 he was named an All-Time Argo at linebacker.An advocate for his teammates, O’Shea was a CFLPA player representative for many years and upon leaving the game, he accepted the position of First Vice President for the Players’ Association.

Mike is an alumnus of the University of Guelph and is a member of the Guelph Gryphons Sports Hall of Fame. Mike and his wife Richere have three children: Michael, Ailish and Aisling.