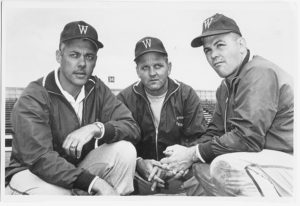 John Michels first came north to Winnipeg in 1957 after starring at the University of Tennessee as a guard. He had played with the Philadelphia Eagles in 1953 and after his one year with the Bombers, opted to join Bud Grant’s coaching staff as an assistant in 1959. The two became inseparable after that, as Michels worked with Grant through to 1966 when the two headed to the Minnesota Vikings.

Michels was a Vikings assistant for 27 seasons before leaving the game in 1993 and in 1996 was enshrined in the College Football Hall of Fame.