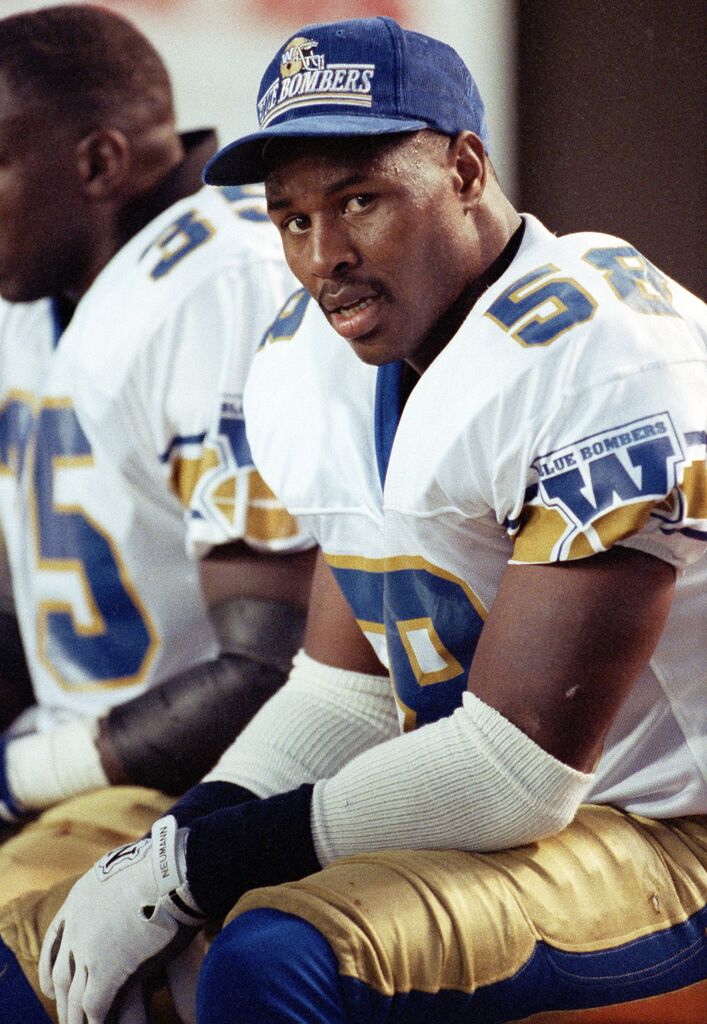 Also a member of the Canadian Football Hall of Fame: inducted in 2015

James (Wild) West spent 12 years in the CFL, but his biggest impact came during his days as a vocal leader and linebacker on the dominant Bomber teams of the late 1980s/early 1990s. He was a ferocious hitter, but also had enough speed to occasionally rush the passer or drop into coverage.

He had already made a name for himself with the Calgary Stampeders, earning a spot on the CFL all-star team in 1983, before he arrived in Winnipeg following a stint with the Houston Gamblers of the USFL in 1985.

He is fifth on the Bombers all-time tackles list and won two Grey Cups in blue and gold, in 1988 and 1990. He joined the B.C. Lions in 1993 and retired after that season.