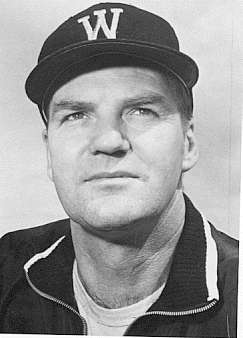 Gordon Mackie was a fixture with the Blue Bombers from 1959-70 as their long-time physical therapist, working with three Grey Cup Championship teams in 1959, 1961 and 1962.

Mackie’s involvement on the local sports scene went far beyond the Bombers. A gifted athlete himself, Mackie begin his career in physical therapy at the West Point Military Academy and worked with the original Winnipeg Goldeyes as well as the Winnipeg Warriors and St. Paul’s Saints while also operating the Madison Boxing and Wrestling Club in St. Bonifiace for a decade.

In 1966 he was also one of the founding members of the Canadian Athletic Therapists Association.