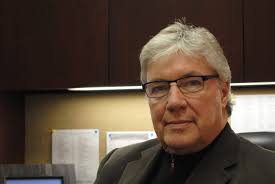 Gene Dunn Is Chairman of Monarch Industries Ltd. Monarch operates manufacturing facilities in Winnipeg, Winkler, Shanghai China, and warehousing operations in Kansas City, Missouri. Dunn was appointed to the Blue Bombers Board by the City of Winnipeg in late 1999 and served as Vice-Chair in 2000 and 2001 as well as Chairman in 2002, 2003, and 2004.

Dunn Co-Chaired the Grey Cup Festivals hosted by the Winnipeg Blue Bombers, The City of Winnipeg, and The Province of Manitoba in 1998, 2006, and 2015, and is a recipient of the CFL Commissioner’s Award.