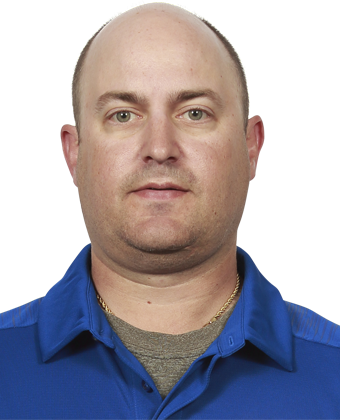 The Bombers remain one of the most innovative and consistent special teams units under his leadership and enjoyed a superb 2019 campaign.

Winnipeg finished third in both punt and kickoff-return average last season, and the team’s four kick-return touchdowns was second in the league to Hamilton, which had five. As well, the Bombers were the least-penalized team on special-teams, allowed the lowest punt-return average in the league and the fewest ‘big-play’ returns. Winnipeg’s three blocked kicks in 2019 also tied for most in the CFL.

In 2018, the Bombers led the CFL by blocking three kicks while finishing with the third fewest penalties and six return touchdowns. And in 2017, Boudreau’s special teams unit allowed the fewest return TDs and had the second highest average kickoff yards in the CFL.

Previous to joining the Bombers, Boudreau spent four seasons as the assistant special teams coach with the St. Louis Rams. In 2014, his squad was seventh in the NFL in punt coverage. One year earlier, his team paced the league, allowing just 2.6 yards per punt return.

Before jumping to the NFL, Boudreau spent 16 years coaching at the collegiate level. During that span, he coached quarterbacks, wide receivers, and running backs, as well as acting as Widener University’s Passing Game Coordinator.