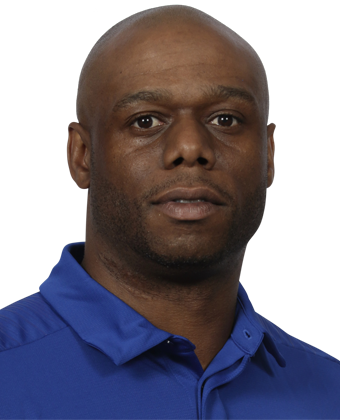 Jordan Younger returns in 2020 for his third season as the club’s defensive backs coach. He had previously held the same role with the Toronto Argonauts in 2015-2016.

Younger earned a great deal of praise for the work he did with the Bombers secondary in 2019, as the club finished second in interceptions with 24, including a league-leading nine by cornerback Winston Rose.

Rose was named a Canadian Football League All-Star in 2019, his first with the Bombers, while Marcus Sayles was named a West Division All-Star. Both those players parlayed their success into opportunities in the National Football League — Rose with Cincinnati, Sayles with Minnesota.

The Bombers started 11 different players in the secondary in 2019 and Younger played a critical role in keeping that unit consistent throughout the year and especially in the playoff push.

Younger’s first year with the Bombers brought instant results for the secondary, as the Bombers improved from last in passing yardage surrendered in 2017 to fifth in 2018. Winnipeg also surrendered the fewest completions of 30-yards or more in the entire CFL with 19, and finished with the second best opponent quarterback pass-efficiency rating against.

As a player, Younger’s professional football career spanned 12 years, nine of which were in the Canadian Football League with the Toronto Argonauts (2004-07, 09-12) and Edmonton Eskimos (2008). As an Argonaut, he was a three-time East Division All-Star and two-time CFL All-Star, and a leader both on the field and in the locker room. Younger won two Grey Cup championships with Toronto (2004, 2012). He was also voted the Argonauts’ defensive captain in his final season as a player when he helped the team hoist the 100th Grey Cup in Toronto.

Born in New Jersey, Younger played his college ball at the University of Connecticut. He began his pro football career with the Arizona Cardinals before starring for three seasons in Europe with the Amsterdam Admirals and Rhein Fire. He also spent time with the Washington Redskins and the AFL’s Indiana Firebirds.

Younger has gained valuable coaching experience with the Ontario Football Conference’s Oakville Titans and in the CIS with the University of Toronto Varsity Blues, and works to develop today’s up-and-coming football stars as the Executive Director of the International Developmental Fast Football League (IDFFL).