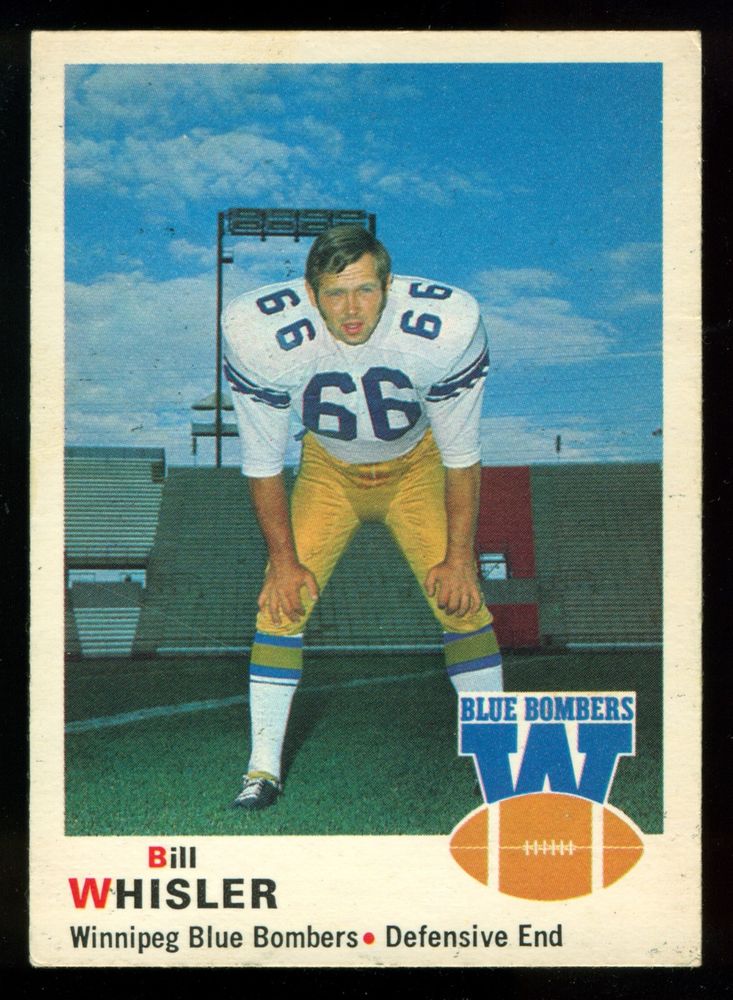 Count Bill Whisler among the many from Iowa who found a home with the Bombers. A draft pick of the Washington Redskins, Whisler came to Winnipeg in 1962 and was part of a Grey-Cup championship team in his first year. He spent eight years in Winnipeg, earning four divisional all-star team berths, before wrapping up his career in 1971 after stints with B.C. and Montreal.