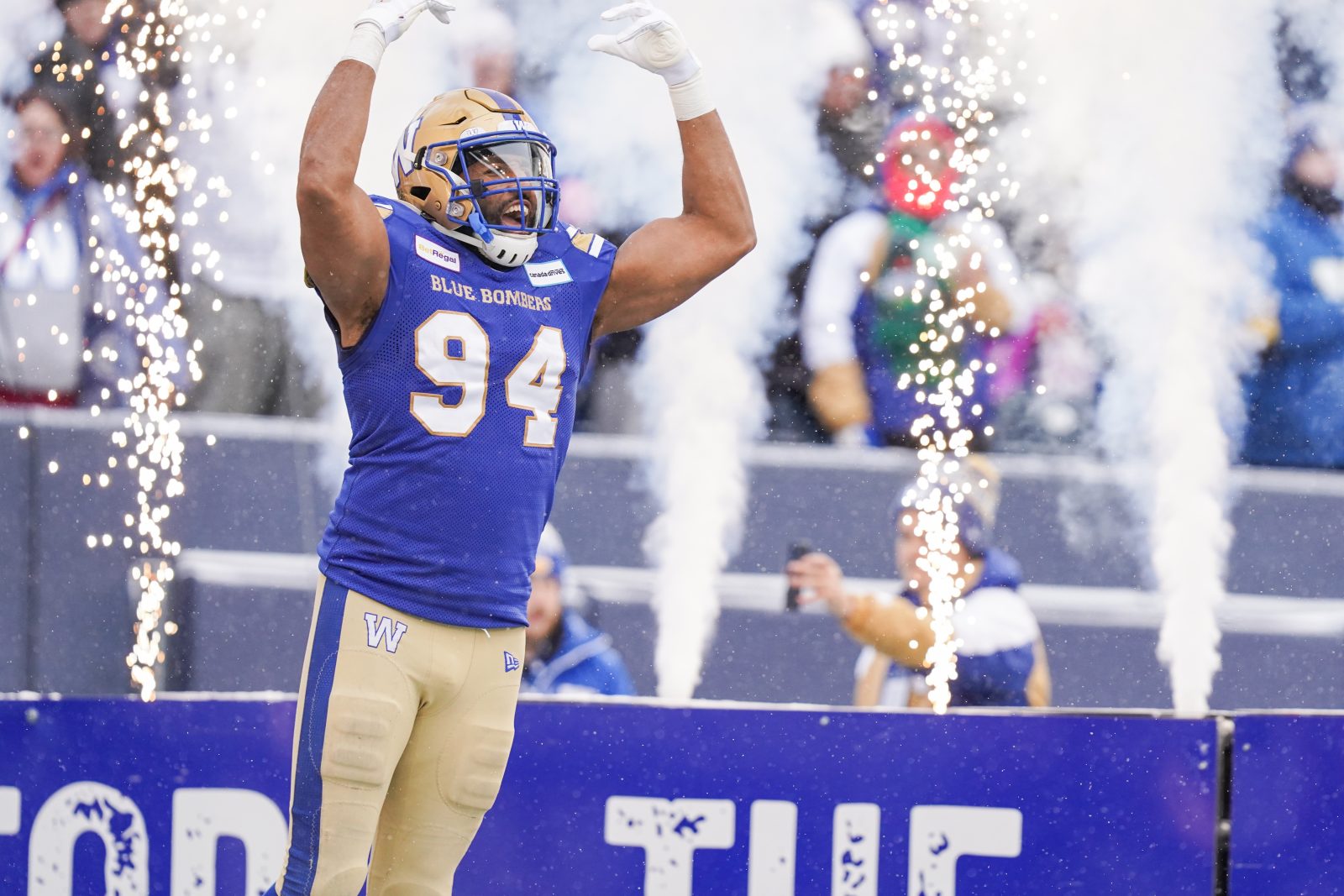 WINNIPEG, MB., January 16, 2023 – The Winnipeg Blue Bombers today announce the club has signed American defensive end Jackson Jeffcoat to a one-year contract extension. He was scheduled to become a free agent next month.

Despite missing six regular season games due to injury, Jeffcoat finished the 2022 campaign with four quarterback sacks, 20 defensive tackles, one interception along with a forced fumble and fumble recovery.

He was especially effective in the playoffs with a sack in each of the Western Final and Grey Cup games, adding a forced fumble in the championship loss to the Toronto Argonauts.

Jeffcoat enjoyed a career year in 2021, racking up a career-best nine quarterback sacks to lead the Blue Bombers, while forcing a league-best four fumbles and adding 26 tackles and two pass knockdowns. Those totals saw him earn spots on both the West Division and CFL All-Star teams for the first time in his career.

Jeffcoat now has 30 sacks and 126 tackles in 64 regular season games with the Blue Bombers.

A star during his college days with the Texas Longhorns where he was a Consensus All-American and the Big 12 Conference Defensive Player of the Year in 2013, Jeffcoat joined the Bombers in 2017 after stints in the NFL with Seattle, Washington and Cleveland.