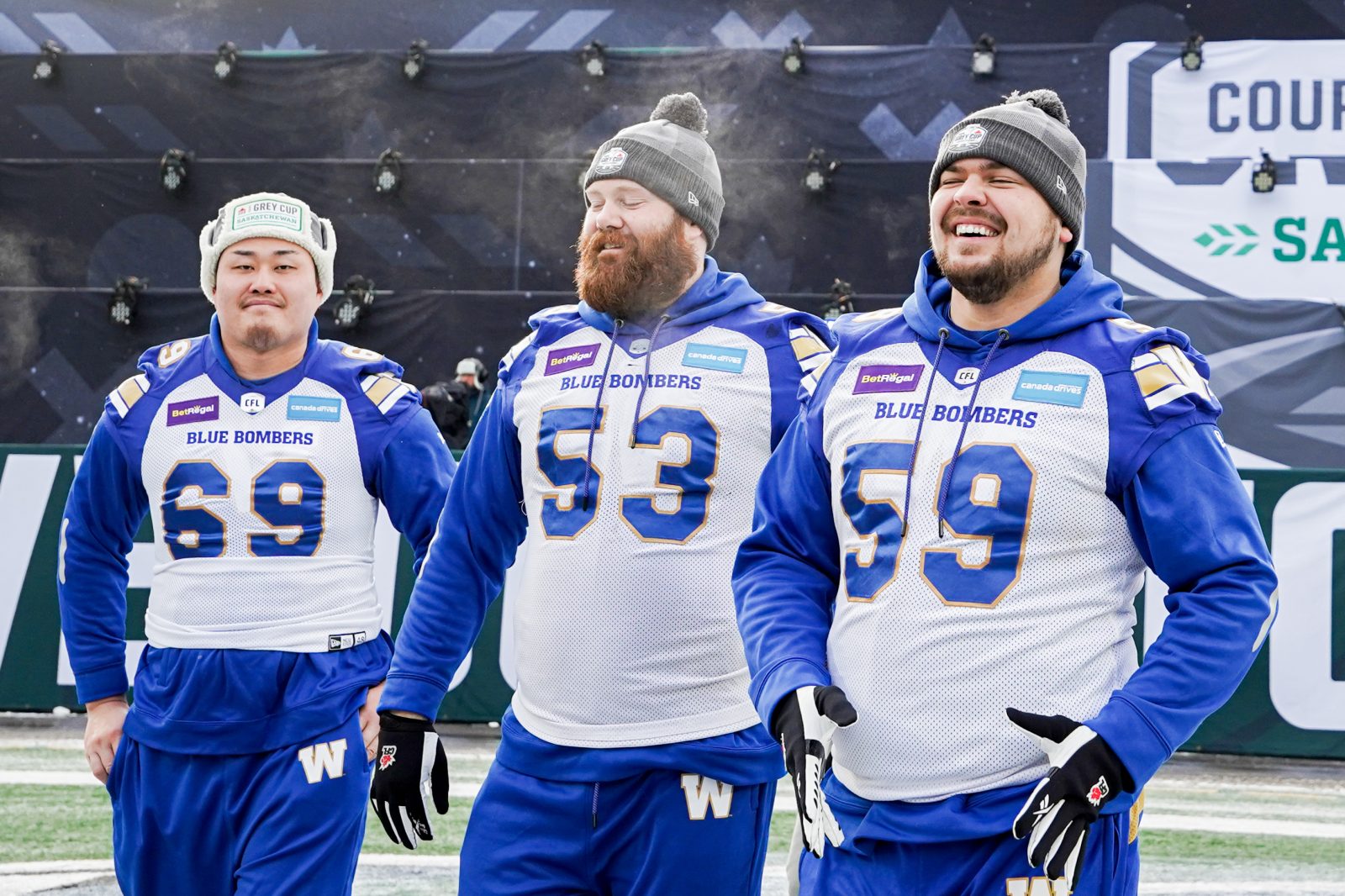 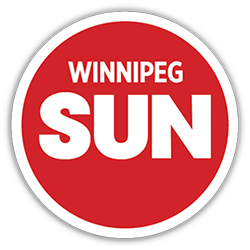 Game day weather forecast: A mix of sun and cloud in the morning. Wind northwest 30 km/h gusting to 50 km/h. High of -2C with a windchill of -9C in the afternoon. Clear overnight with a low of -15C.

“We’re prepared for whatever element Mother Nature brings to us,” said Blue Bombers quarterback Zach Collaros. “You never really know out here, so things can switch pretty quickly. I think we’re prepared to play at a high level. However that’s going to look, we’re ready for it.”

Streaming: TSN.ca and the TSN app; RDS.ca and the RDS app; ESNP app or ESPN.com/watch

BetRegal.ca odds: The Blue Bombers are curently favoured by 5.5 points. For more of Bet Regal’s numbers on this game, click here.

Streaks: Winnipeg: 2W; Toronto: 1W. The two clubs met once this season, with the Blue Bombers edging the Argos 23-22 back on July 4th.

Winnipeg vs. Toronto Grey Cup history: The Blue Bombers and Argonauts have previously met in the Grey Cup seven times, all between a stretch from 1937-50 and all at Varsity Stadium in Toronto, with the Boatmen a perfect 7-0. 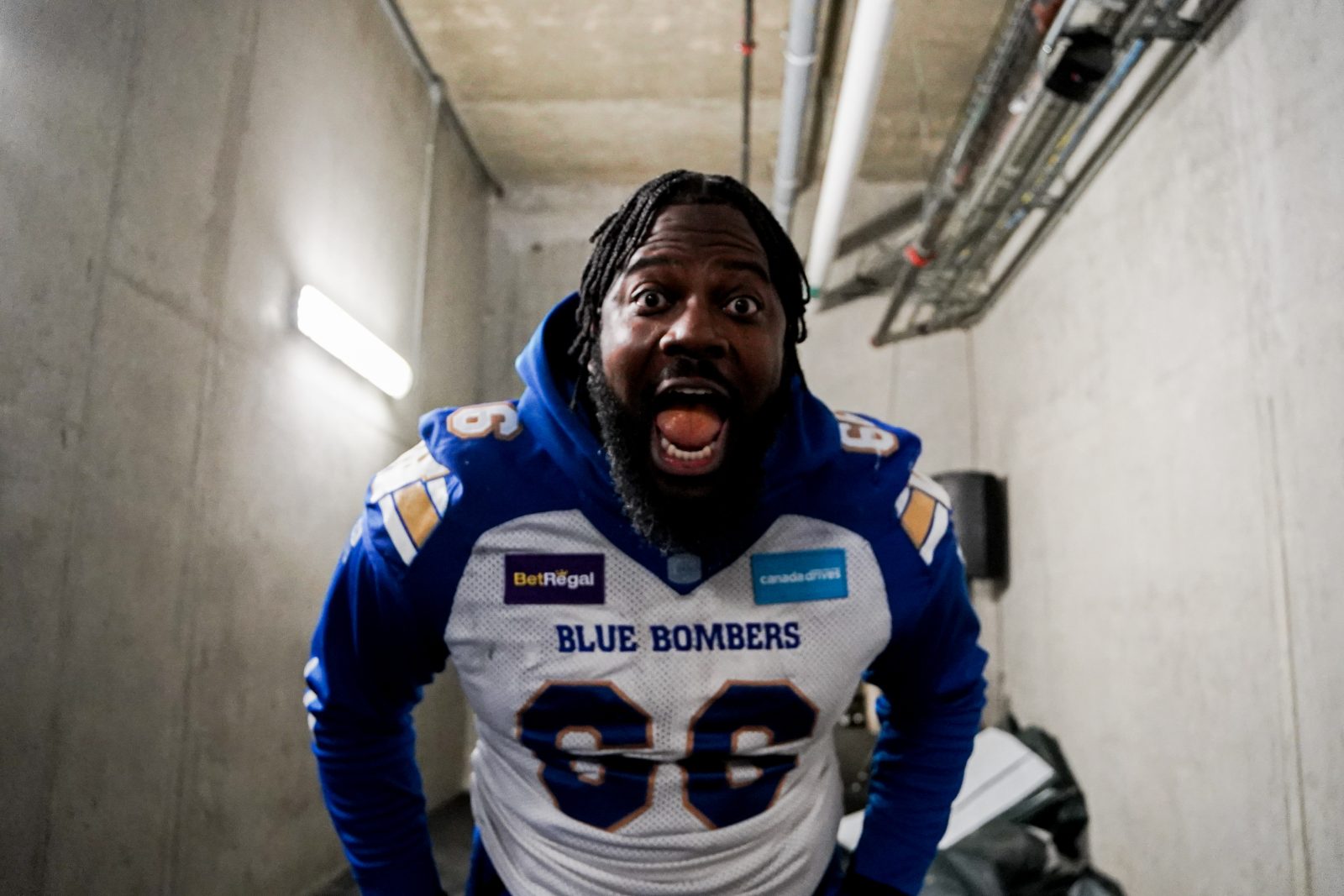 Winnipeg: Mike O’Shea, the CFL’s back-to-back Coach of the Year has a career regular-season won-lost record of 82-58. O’Shea’s 82 regular season wins as a Blue Bombers head coach ranks third on the club’s all-time list, behind only Bud Grant (102) and Cal Murphy (86).

Toronto: Ryan Dinwiddie, who played for the Blue Bombers and was the team’s starting quarterback in the 2007 Grey Cup, has a career record of 20-12, including 11-7 this season.

The Bombers depth chart features no changes from the Western Final, although DE Keion Adams is a game-time decision.

Blue Bombers legendary coach Dave Ritchie used to love to preach ‘big-time players make big-time plays in big-time games.’ The Blue Bombers have a ton of players who fall into that category, including Adam Bighill. Immensely talented and a future hall of famer, Bighill’s foundation is built on hard work.

“A team doesn’t get to the level it is without guys putting in lots of extra work,” said Bighill. “The amount of guys that show up at 7, 7:30 every single day when you start at 9, officially, says something. The majority of our guys are in the building at 8 o’clock doing their own stuff and then guys are staying late after practice. Those are the differences that have put our squad at the level it’s at.

“That extra work adds up over the year, over the years. We’ve got guys who like to work and respect each other. Everyone comes prepared. We understand this is about one thing, and it’s about whatever it takes. Whatever it takes for this week, we’re all in. That’s it. It doesn’t matter how many hours it takes, because it’s worth it.” 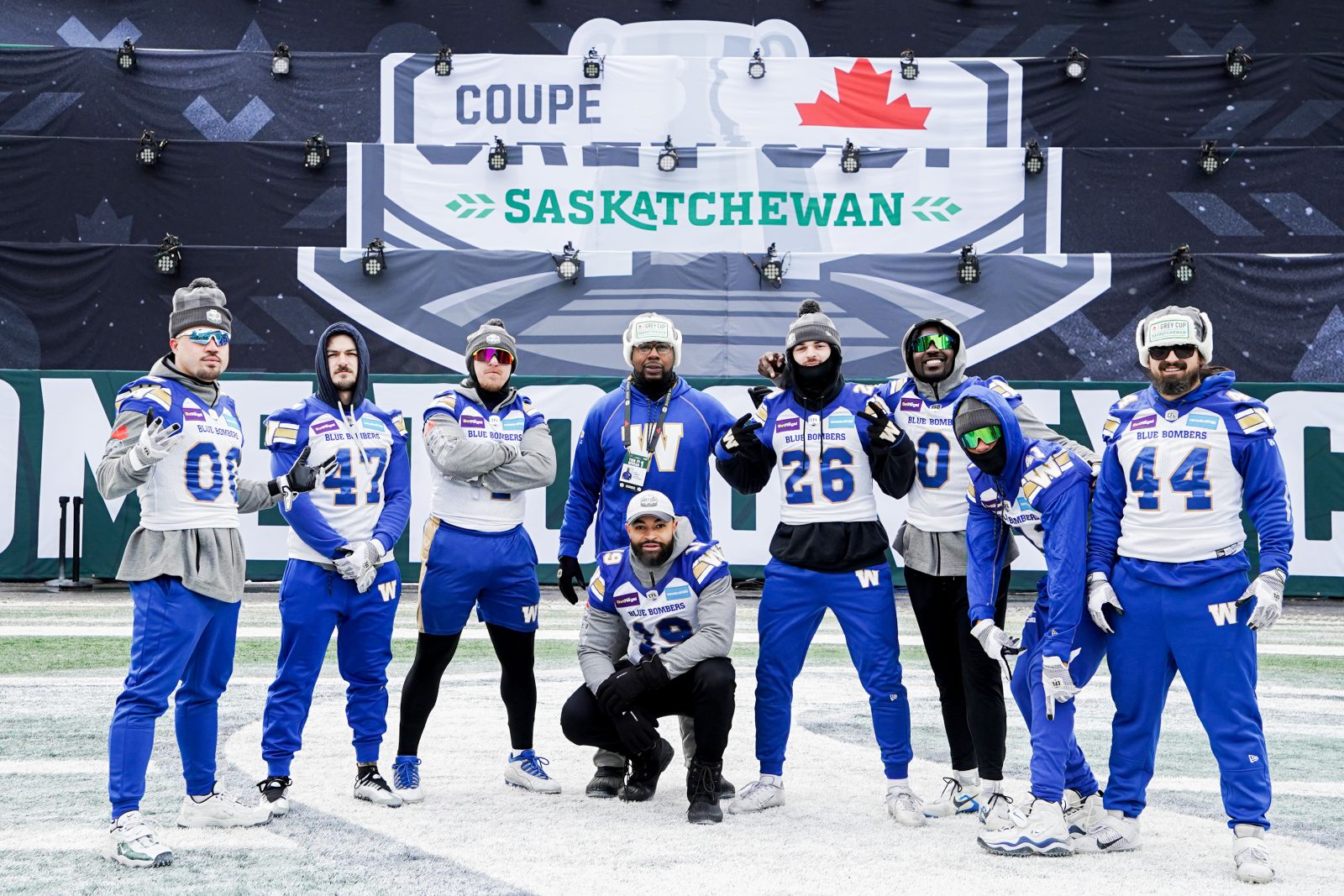 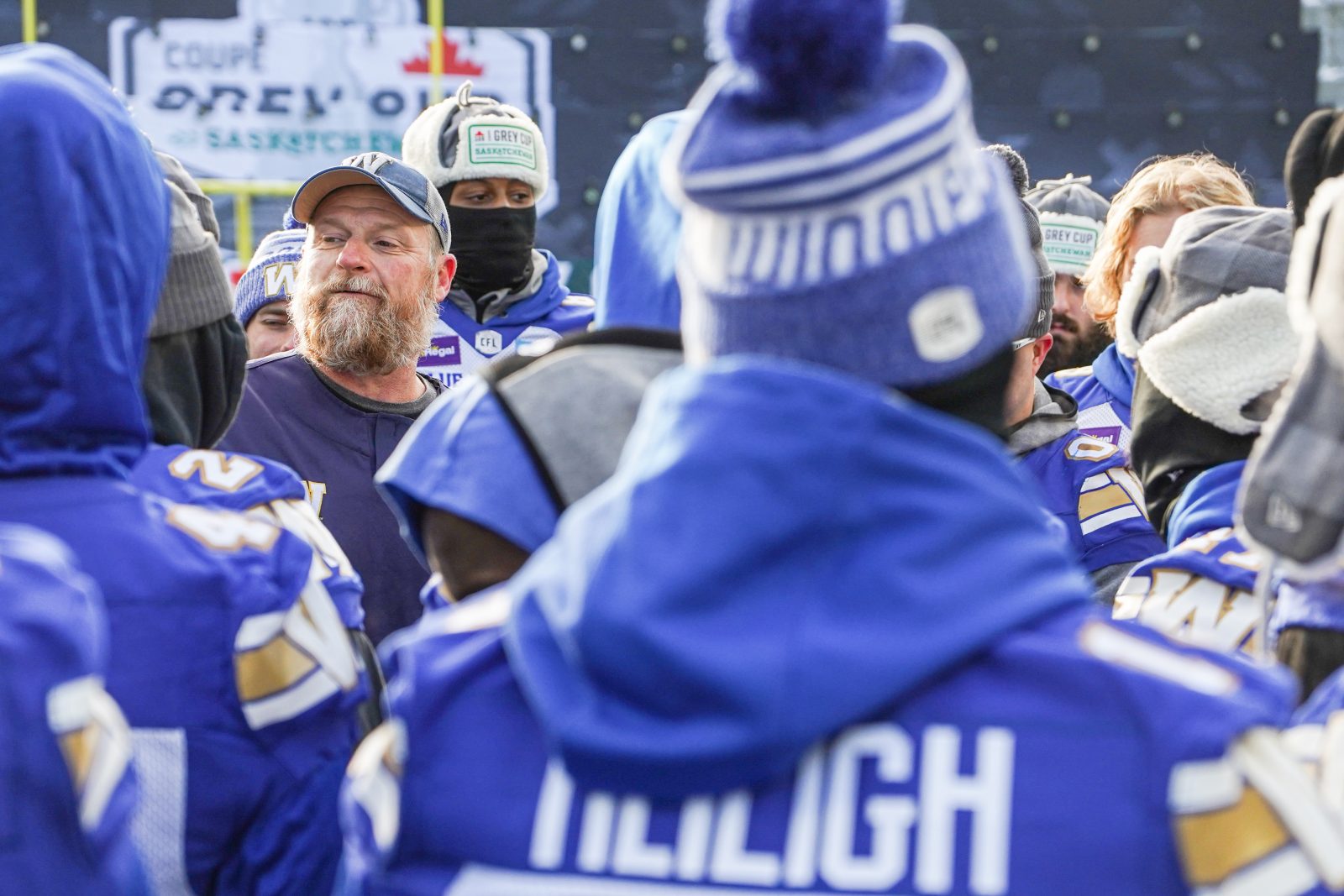 O’Shea could become the first coach to lead a team to a three-peat since Hugh Campbell coached the Edmonton Eskimos to five straight from 1978-82. Don Matthews was also the general of three straight Grey Cups, leading the Baltimore Stallions to the 1995 title and then the Argos to wins in 1996-97. Blue Bombers icon Bud Grant led the club to four titles in five years from 1958-62 while Frank ‘Pop’ Ivy won three in a row in Edmonton from 1954-56 and Teddy Morris led the Argos to three straight from 1945-47.

“When you see the pictures of the previous champions hoisting the cup and it’s got a base on it that’s only this big (about a foot) and they’re drinking out of that same cup that, if you’re good enough that day, you’ll get a chance to drink out of… there’s something about that – sharing that same passion, vision, desire, goal – as guys did 109 years ago. I can’t escape that feeling. I don’t know if everybody gets it or not, but I can’t possibly escape that. That’s pretty powerful.

“I do think it’s a great Canadian sporting event that people celebrate from coast to coast and have a great time doing it and create a lot of memories while they’re watching games and celebrating. I love our league. It’s the best league in the world.” – Mike O’Shea.