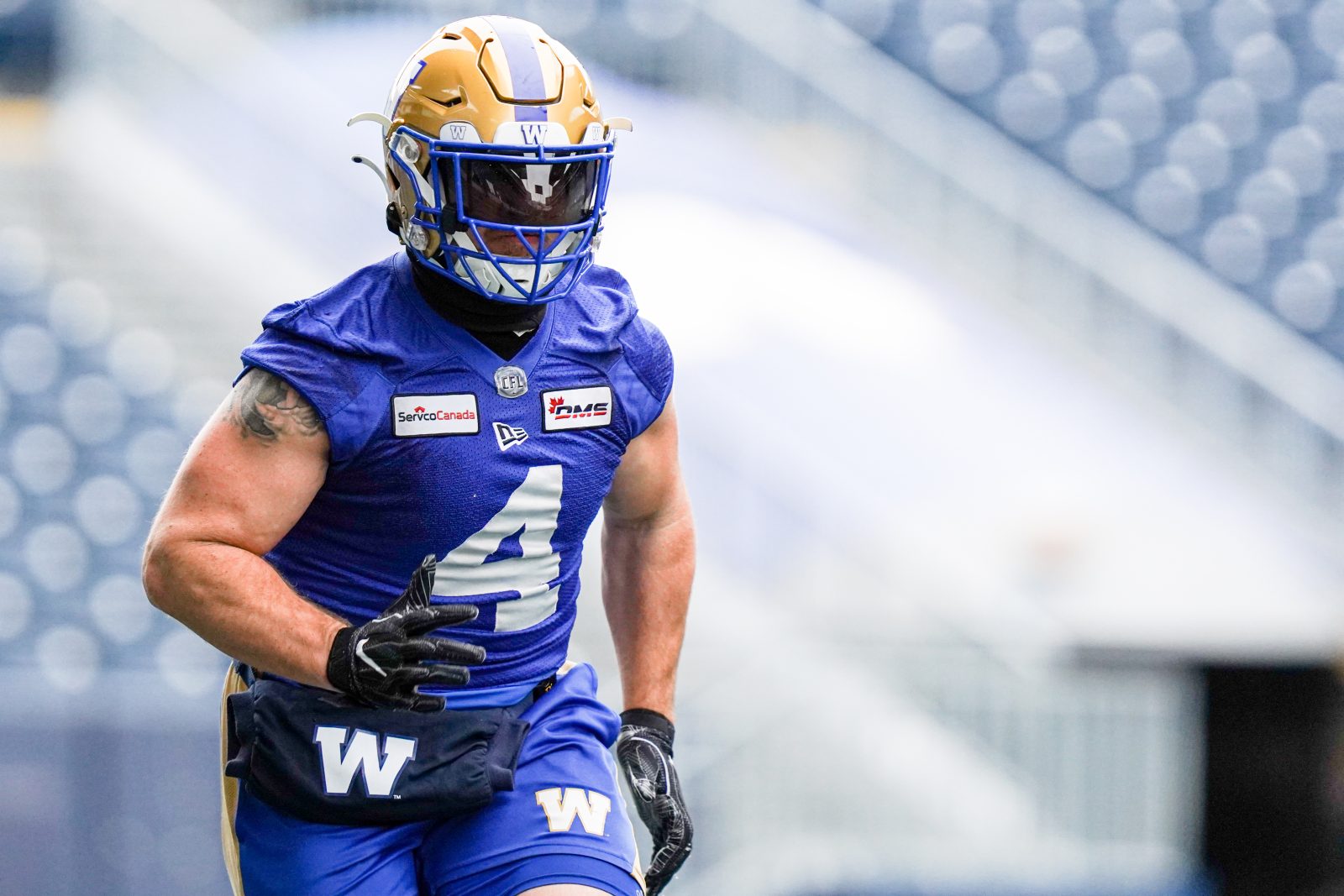 It was a day for toques, gloves and balaclavas; for long-johns, double socks and absolutely, positively for layering up.

And yet there was Adam Bighill doing his thing during a frigid Winnipeg Blue Bombers practice late Wednesday morning wearing just shorts and no long sleeves under his jersey as the club continued preparations for Sunday’s Western Final at IG Field.

Get this: afterwards he began his media availability lamenting the fact a beardsicle hadn’t formed on his chin whiskers at the end of the session.

“Ice beards are elite. That’s what you want at this time of year,” said the veteran middle linebacker with a grin. “Here in the next couple of days when it gets a little bit colder, we’ll get an ice beard for sure.”

Bighill’s return to work was one of the biggest developments as the Blue Bombers opened their practice week in -4C conditions. He and receiver Nic Demski were in a collision near the conclusion of practice on Saturday, with Bighill missing Sunday’s workout. Both were full participants on Wednesday and Bighill waved it off with “People run into each other all the time.”

The weather is a storyline that will be pulverized by the media by kickoff on Sunday, but it is a key narrative heading to the division final. The Blue Bombers believe they are hardened by the conditions here – they had three practices last week in similar conditions – while the Lions are coming off their Western Semi-final victory over the Calgary Stampeders in perfect conditions at B.C. Place. 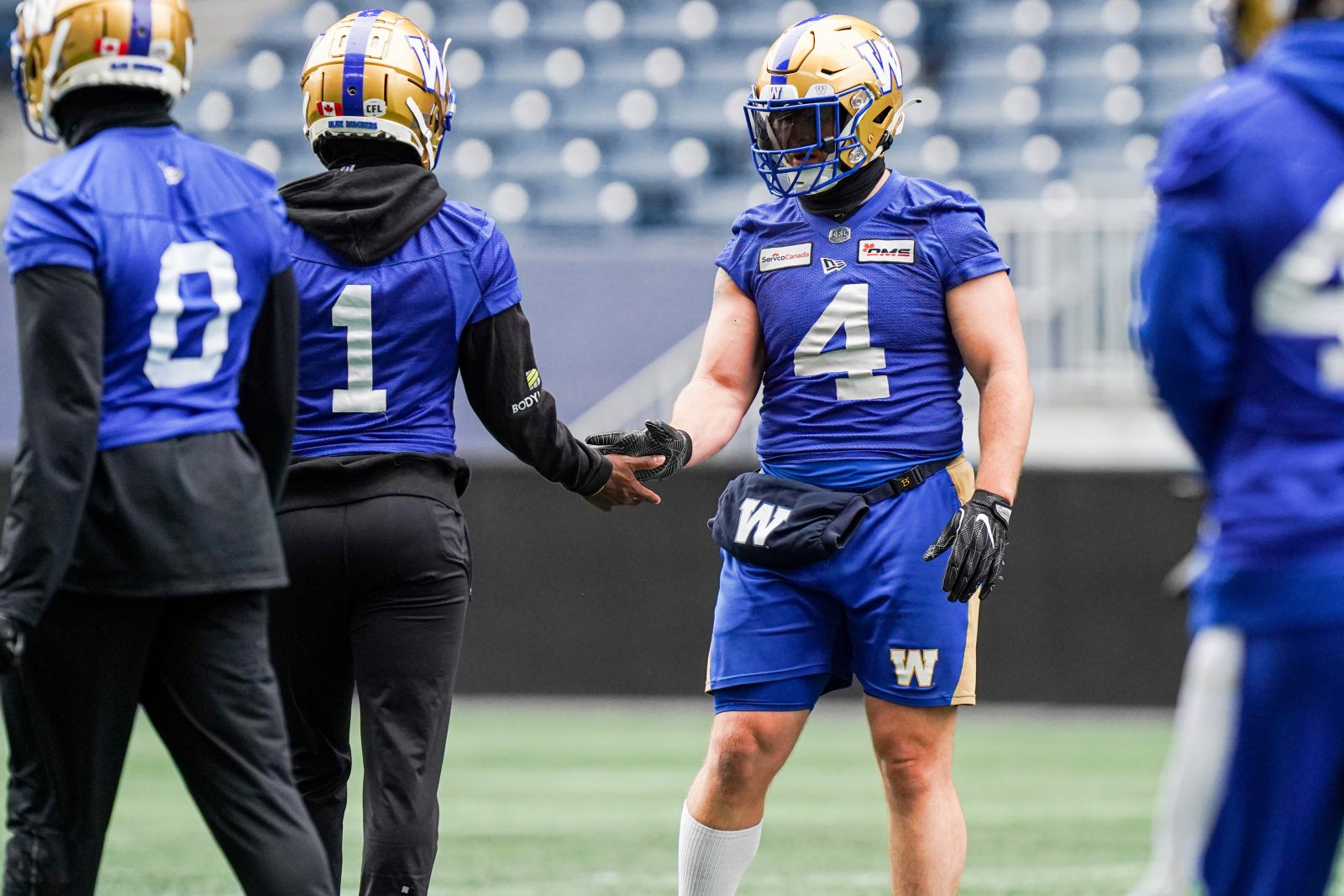 “It isn’t cold enough. I don’t wear sleeves out here,” Bighill began. “I mean it was -22 last West Final and no sleeves so it’s par for the course. We’ve got a bunch of people out here that know how to handle the weather. I embrace it and I know a lot of guys out here embrace it.

“And I know on the other side of the ball, coming from a dome team, it’s going to be tough for them to embrace it because they haven’t felt it consistently. It’s just going to be different.

“It’s all mental. You’ve got to make a decision to come out here and shut out all the exterior factors – the cold, how your hands feel, how your feet feel, whatever it is, and then you’ve got to lock in and play the game. It’s different. It’s not easy to turn it on and off if you haven’t done it before.

“Everything just feels a little bit sharper,” he added. “All the hits feel a little bit more thud-like. The ground is hard. You bounce off the ground, it isn’t as soft. Your elbows get beat up when you land on the ground because the ground gets hard. The ball is harder to catch because it gets slippery. Ball security is important, it’s just harder when it’s cold. I’m just thankful we never, ever practice inside and get the chance to practice in this all the time.”

The forecast for Sunday, as of now, calls for cloudy conditions with a high of -6. 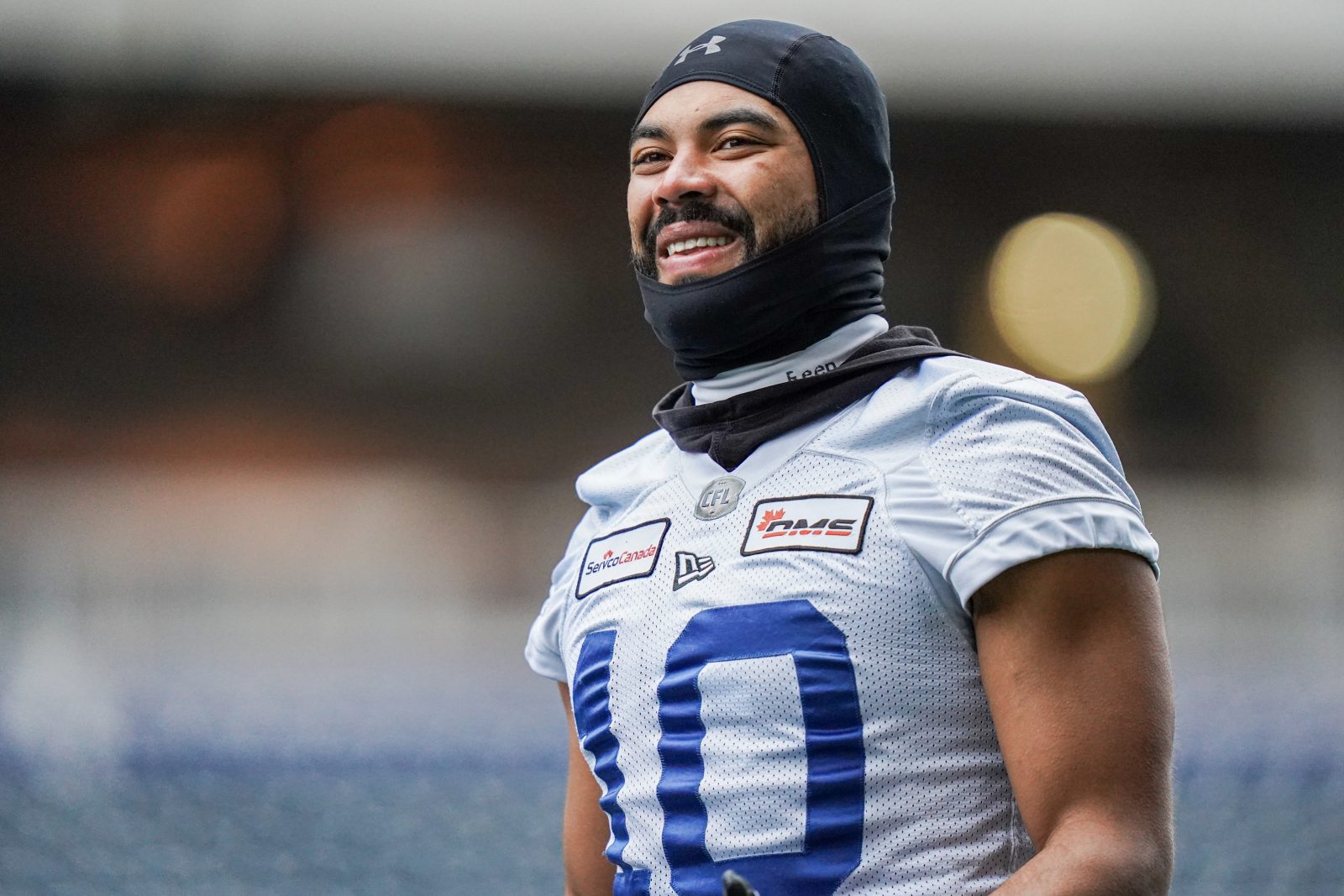 The Blue Bombers had their entire receiving crew at practice on Wednesday. Greg Ellingson and Drew Wolitarsky returned for the regular season finale before last week’s bye and Demski, as mentioned above, also practised. A healthy receiving corps, FYI, would be a first for the club since August 11th when Ellingson, Wolitarsky, Rasheed Bailey, Dalton Schoen and Nic Demski were all healthy and in the lineup.

“He’s one of the best I’ve ever seen. He’s so versatile, so smart and then you throw in the intangibles of his work rate… he just gets so much done. He’s impressive to be around.”

Asked by CJOB’s Derek Taylor if there was one play in particular from this season that captures that brilliance, O’Shea added this:

“It would probably be something that wouldn’t amount to a stat. It’s just the way he can move around and how good he is at that. Having a great chess piece like Adam, where you can do so much with him.”

Nathan Rourke & James Butler did take part in today’s walk through & both are expecting to start this week. The club is hopeful Joel Figueroa is able to practice Thurs. Lucky Whitehead may practice Friday but at this point is unlikely to play Sunday. @BCLions @TSN_Edge @CFLonTSN

BEEN HERE, DONE THAT:

TSN’s John Lu asked O’Shea if the Blue Bombers past success has bred a sense of confidence and familiarity heading into Sunday.

“They’re certainly not relying on any past result,” O’Shea explained. “They’re relying on the information they’ve gathered from past work habits. They know what it takes in terms of the effort, the focus, the elimination of distractions, dragging guys in just to do a little bit more… they have a very good understanding of what it will take and are not relying on, ‘Hey, we’ve been here before’, although they have been here before. They’re certainly not sitting back and relaxing about it. They’re demanding more work from their teammates.”