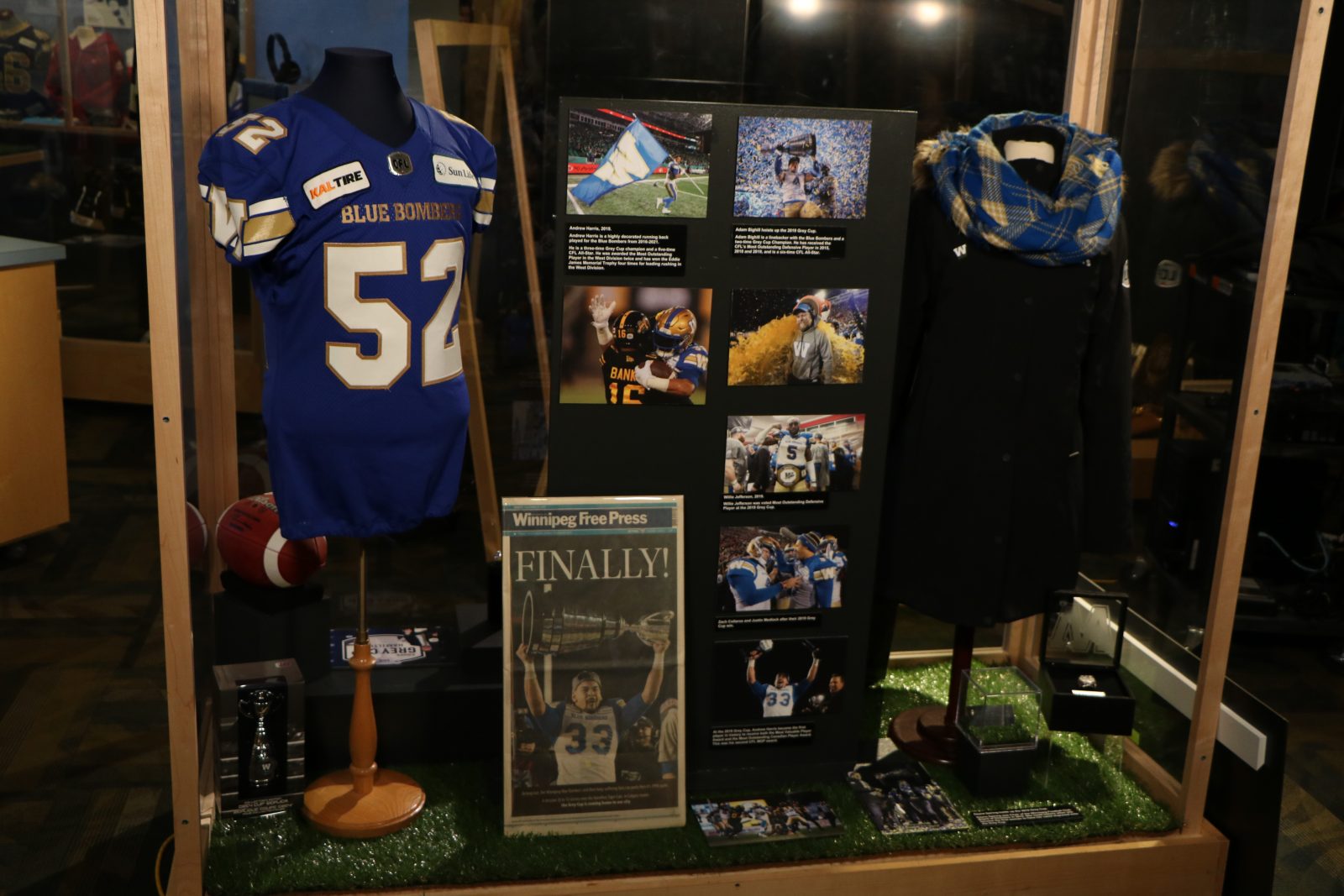 The Winnipeg Football Club has more than 90 years of history to celebrate, including 12 Grey Cup titles and countless iconic moments and dozens of hall of fame players.

And somehow the good folks at the Manitoba Sports Hall of Fame have managed to capture much of that heritage in an outstanding exhibit now on display at their Sport Manitoba location at 145 Pacific Avenue. The exhibit had a soft opening just after Labour Day and will run through to next spring. The gallery, FYI, is open Tuesday-Saturday from 10 a.m.-4 p.m.

“We’ll have an official opening after the Grey Cup that, hopefully will include celebrating a third-straight championship win by the Blue Bombers,” said Rick Brownlee, Sport Heritage Manager, “and the plan is to have it run until March of 2023 so that lots of people will have a chance to come and take it in and have a look.”

The exhibit was designed and put together by Manitoba Sports Curator Andrea Reichert, along with Emma Dux, and features photographs, memorabilia and other artifacts from the team’s inception in 1930 right through to the 2021 Grey Cup championship.” 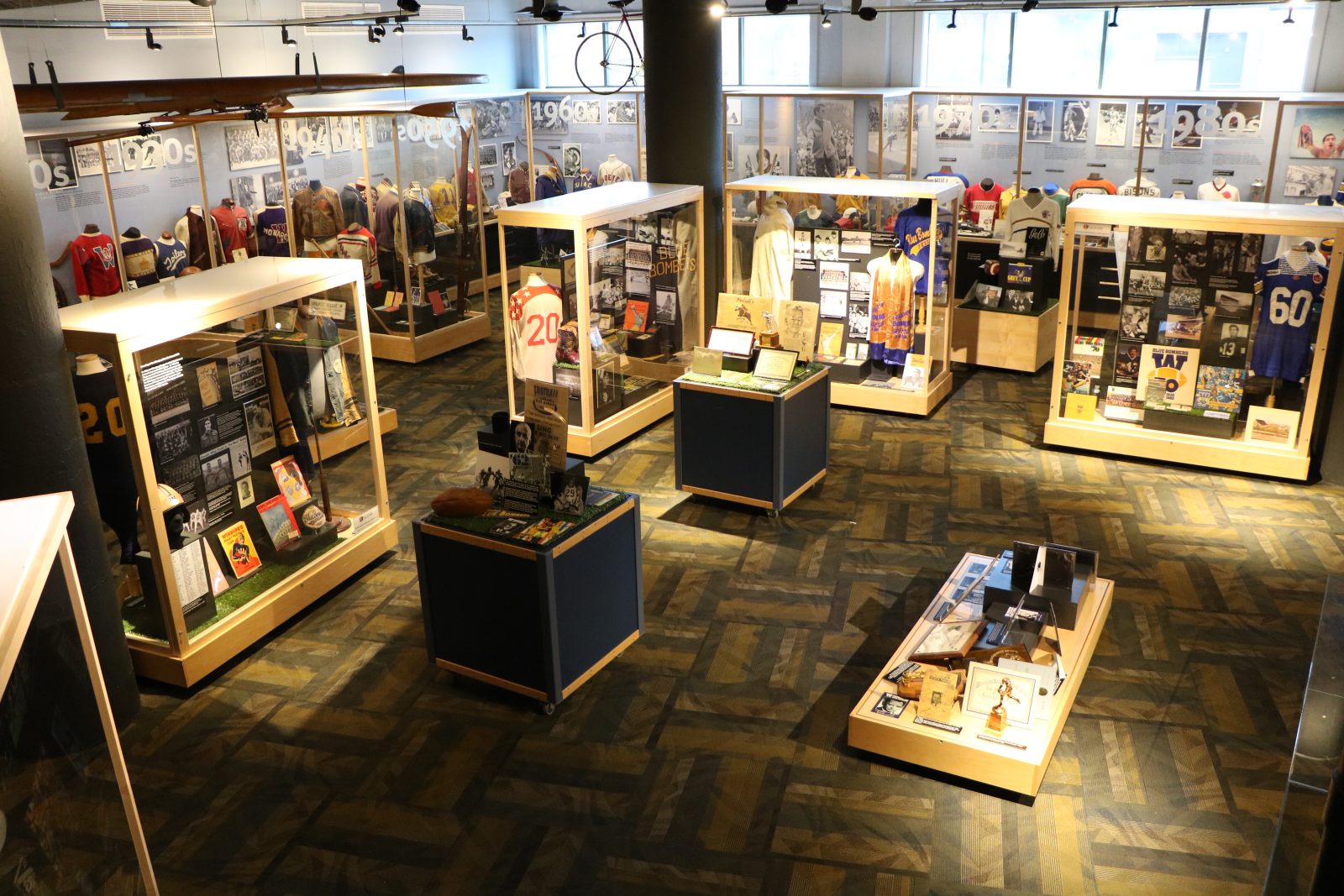 “They did a really good job of researching the history and then of breaking up the pieces for the display cases,” said Brownlee. “There are different eras – the Bud Grant era, the Jack Jacobs and Cal Murphy era right up to the present.

“But they also had some fun with other parts of the exhibit. There’s a case dedicated to some of the club’s builders over the years and also one that is dedicated to the cheerleaders and the Blue Bomberettes, which some fans might remember were a baton-twirling brigade that preceded the cheerleaders.

“The display tries to honour everything and celebrate the whole nine yards. There were two specific championship droughts in the team’s history – the first ending in 1984 after the previous cup win in 1962; the second the most recent drought that ended with the win in 2019 – and we didn’t shy away from those periods because some of the best players in Blue Bombers history were featured in those time frames.”

The 1990 Grey Cup champion Blue Bombers are part of the 2022 Manitoba Sports Hall of Fame induction class, in the team category, that will be formally inducted on November 3 at the Victoria Inn here in Winnipeg.

“The Blue Bombers have had a lot of success over the years and as a community organization has long had a connection with fans in this province,” said Brownlee. “We’ve tried to capture and honour that as much as possible in our exhibit, even though it represents only about 15 per cent of our collection. We’re really proud of it.”