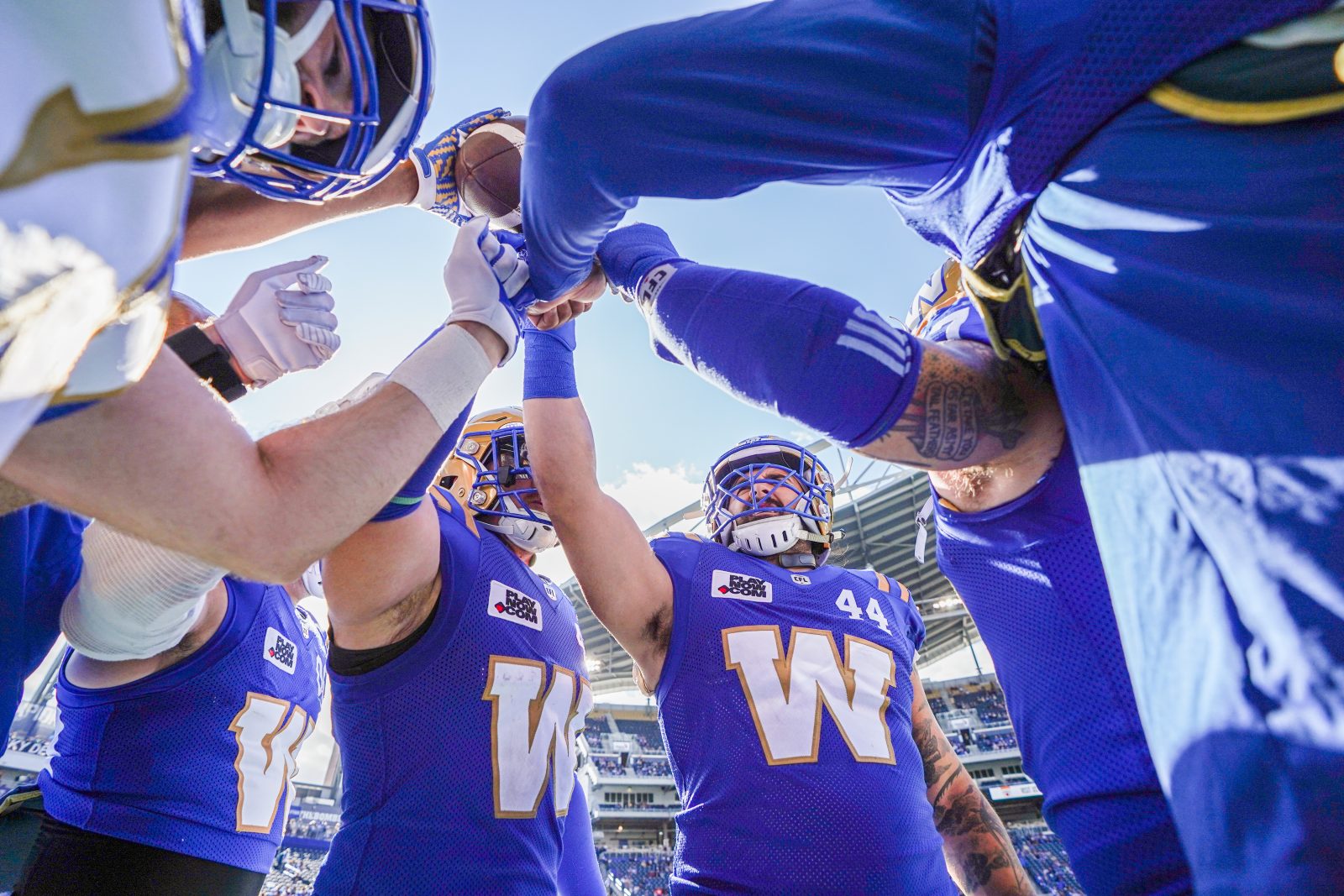 WINNIPEG, MB., October 26, 2022  – The Canadian Football League today announced the team winners for the 2022 Most Outstanding Player Awards. The voting was conducted by members of the local chapter of the Football Reporters of Canada (FRC) and the league’s head coaches.

The following Blue Bombers were recognized:

Most Outstanding Player
The CFL’s reigning Most Outstanding Player and all-star quarterback Zach Collaros has now been named his team’s MOP four times – the last two seasons with the Blue Bombers and twice with the Hamilton Tiger-Cats (2014 and 2015).
Collaros has set a career high in passing yards this season, throwing for 4,115 yards and a league-best 35 touchdowns heading into this week’s regular season finale against the B.C. Lions. The 35 passing TDs are also tied for third-most in Blue Bombers history.
The Bombers are now a remarkable 31-4 in games Collaros has started since his arrival at the trade deadline in October of 2019 – including back-to-back Grey Cup championships – making him just the second pivot in franchise history to lead the team to consecutive titles after Ken Ploen first accomplished the feat in 1961-62.

Most Outstanding Defensive Player
Willie Jefferson is the Blue Bombers’ top defensive player for the second time – he was also honoured in 2019, the same year he was named the CFL’s Most Outstanding Defensive Player as well as named the Blue Bombers’ Most Outstanding Player. Jefferson was also named the Saskatchewan Roughriders’ top defender and most outstanding player in 2018.
A four-time CFL All-Star, Jefferson leads the Blue Bombers with seven sacks and has added 30 tackles, an interception for a touchdown, two forced fumbles and has 10 pass knockdowns, third-most in the CFL heading into the final weekend and the most among defensive linemen.
Earlier this season he became the first player in CFL history to record 50 sacks and 50 pass knockdowns.

Most Outstanding Canadian Player
Nic Demski has been named the Blue Bombers’ top Canadian for a second straight season. Demski has posted career-best totals in 2022 with 64 receptions for 772 yards and 10 touchdowns despite missing four games earlier this year due to injury.
Demski had a streak of six consecutive games scoring at least one touchdown this year between August 25th and October 8th – the second-longest streak in franchise history to Milt Stegall’s eight in 1997.

Most Outstanding Offensive Lineman
Stanley Bryant is the Blue Bombers’ top offensive lineman for a sixth time – having also won in 2015, 2017-19 and 2021 – and has earned team honours for an eighth time, including in 2011 and 2013 as a member of the Calgary Stampeders.
Bryant is a three-time winner of the CFL Most Outstanding Offensive Lineman award – the only player to do so in the award’s history – winning in 2017, 2018 and 2021 as a member of the Blue Bombers, and was also the league runner-up in 2019.
Bryant has been a mainstay on the left side of the offensive line and a key part of an offensive unit that ranks second in points, sacks surrendered and rushing yards, and first in touchdowns.

Most Outstanding Special Teams Player
Janarion Grant has made history this season: Grant has the only two punt-return touchdowns in the CFL this year and has also added a score on a kickoff return. Those three TDs total seven in his career – in just 32 games – and make him the Blue Bombers’ all-time leader in return touchdowns.
Grant is second in the CFL in punt return yards at 750 – ranking first overall with a 13.4-yard average – fifth in kickoff return yards at 767, and with his rushing and receiving contributions on offence, ranks fifth in the league in combined yardage at 1,735. This is Grant’s first honour in his CFL career.

Most Outstanding Rookie
Dalton Schoen has already authored one of the most impressive rookie seasons in CFL history with one game remaining on the schedule.
The Kansas State product leads the league in receiving yardage with 1,357 on 68 receptions, is first in receiving touchdowns with 15 – a Blue Bombers franchise record for first-year players – with that total also tying him for the overall TD league with Caleb Evans of the Ottawa RedBlacks.
Schoen also leads the CFL in second-down conversion catches, with a remarkable 40 of his 68 catches keeping the offence on the field. He has also had five 100-yard receiving games this season.

The West and East Most Outstanding Player Award finalists will be announced next week, with the overall league honours coming on November 17th during Grey Cup week.