“Football is my gift to share, but it’s not who I am” 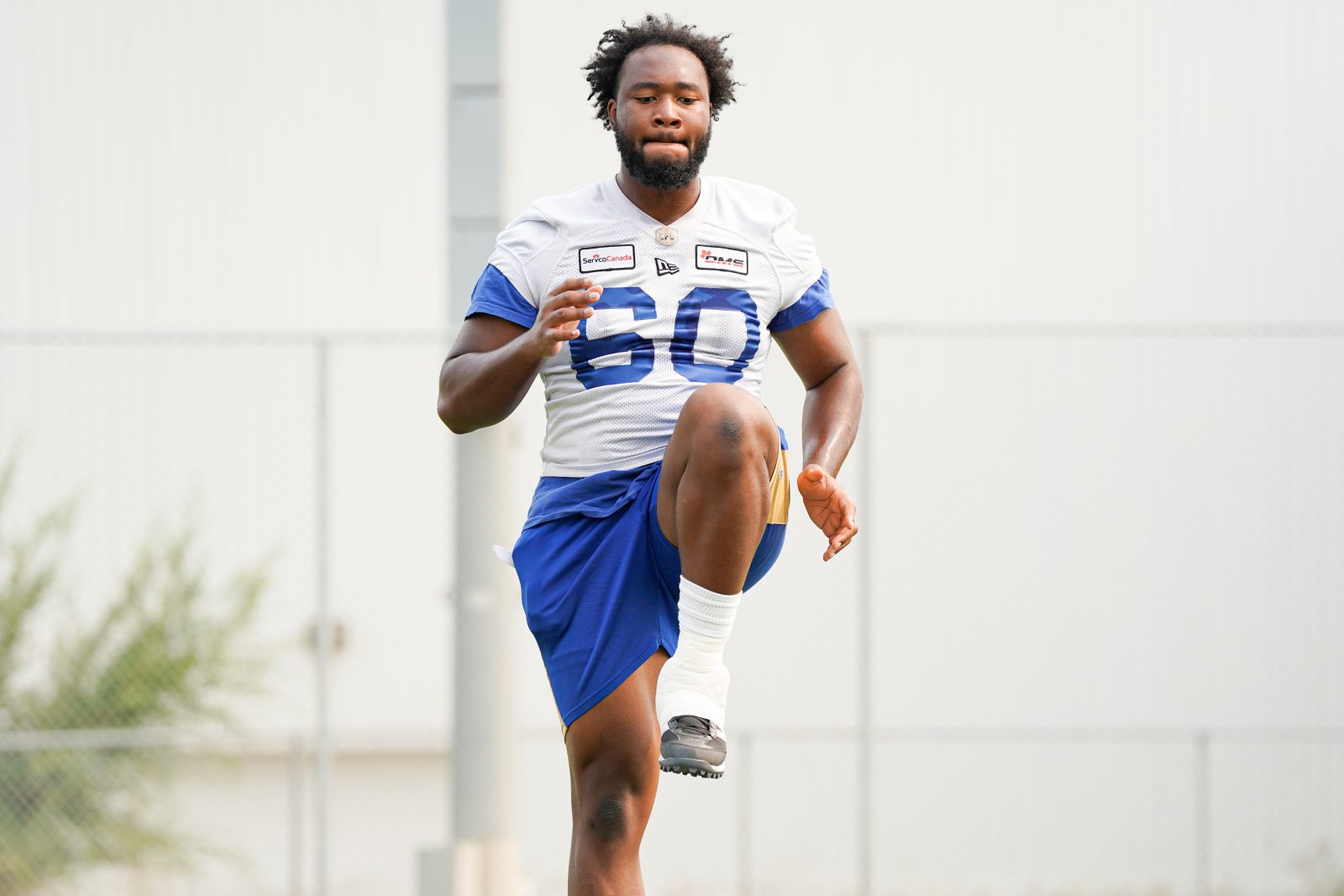 “Football is my gift to share, but it’s not who I am”

There’s a perfect and ready-made excuse hanging there for Drew Richmond to snatch and then violently hurl to the ground in frustration. Instead, he’s used all the ups and downs, all the trials and tribulations of the last year as motivation and inspiration.

Some Winnipeg Blue Bombers fans might remember Richmond, the former University of Tennessee/Southern California offensive tackle who made his debut last November in Montreal, replacing Stanley Bryant at left tackle.

And Richmond’s debut lasted all of seven plays as he got caught at the bottom of a pile and, as he put it, ‘tore everything in my knee.’ It’s nearly a year later and while he is rehabbing the joint daily, he’s yet to officially return to practice. So, few potential reactions naturally come to mind here, from rage, to disappointment, to an overwhelming sense of ‘Why me?’

“Honestly, it’s probably one of the biggest things to ever happen to me,” began Richmond in a chat with bluebombers.com this week. “I had never been hurt, never went through any injuries before and so to go through this with this team… I’m just grateful they brought me back and have me a chance to rehab and stay in it with the guys. I’m thankful I’m here and get to work with these guys.

“Everybody around this building is a pro at the highest level. It’s been a blessing for me.” 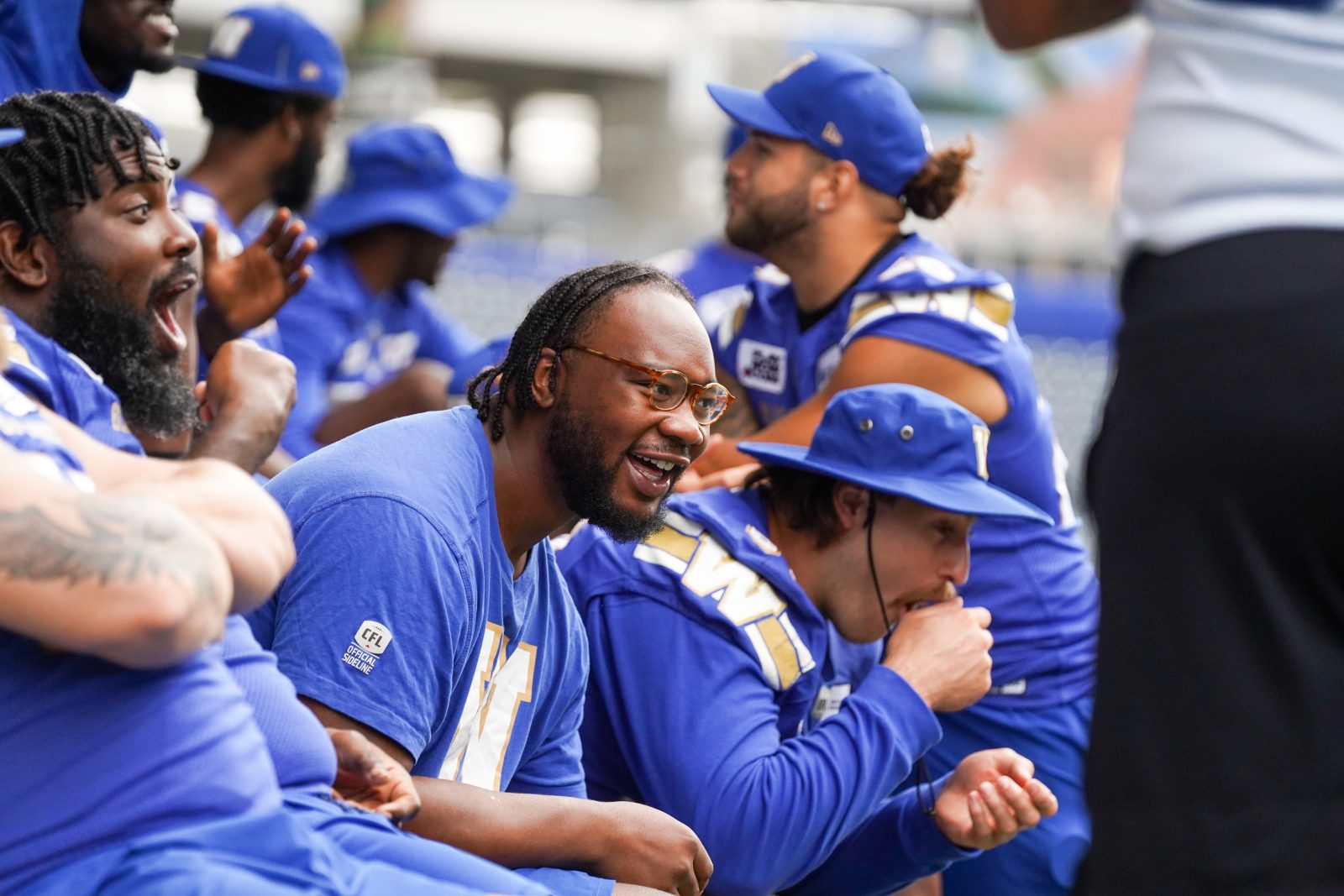 Richmond won’t play in Friday’s regular season finale against the B.C. Lions and would be considered an extreme longshot to be in the lineup for the Western Final on November 13th.

But he will have a significant presence at this weekend’s game as he is introducing his non-profit – ‘My Purpose Impact Enterprise’ – to the local community by providing 30 fans and families with tickets. His idea was first born in 2017 during his days at Tennessee and the goal remains to, as Richmond puts it, ‘connect people to their purpose.’

“We really want to help people with this,” he explained. “It could be teens; it could be someone in their 40s who feels they could be a great artist. Our goal is to help align them with the different resources like art classes to get them aligned with what they dream about doing. It’s for all people including the under-served and under privileged.”

Richmond has had conversations with a number of community groups he hopes to further partner with here in Winnipeg, including the Boys and Girls Club, Workforce Development, the Canadian Mental Health Association, and Adult and Teen Challenge. He also has scheduled meetings with the Seven Oaks School Division and the Argyle Alternative High School.

All of this, in a roundabout way, brings us back to Richmond’s suggestion his injury last year was one of the ‘biggest things’ to ever happen to him. 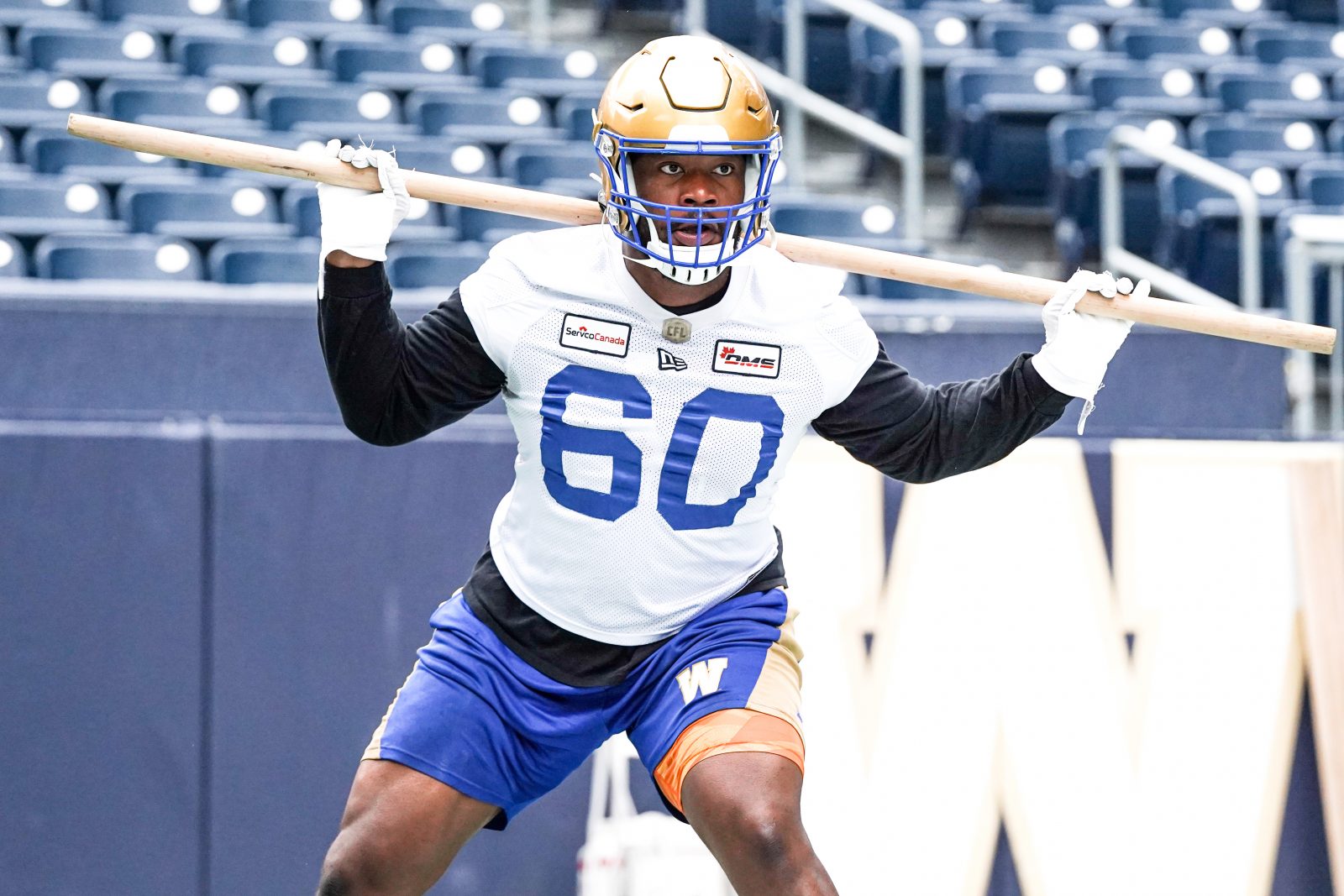 “It’s served as a reminder of who I am and what I can do,” he added. “This organization has seen something in me, and I’ve got to believe and see it in myself, too. I just show up every day and know it’s going to pay off. What’s even better is knowing I’ve got a supportive cast behind me and that makes it easier to give it my all.”

Most of all, the experiences of the past year have brought him back to his own base. A five-star recruit coming out of high school, Richmond started as a redshirt freshman at Tennessee and then for USC as a graduate student.

But that attention and success can be fleeting. He lived it when he went undrafted in the NFL and then again over the last year when his opportunity with the Blue Bombers was delayed after just seven snaps.

“A lot of the pressure weighs down on you as you try to perform up to other people’s expectations,” he said. “And for a while I was singularly focused on football. I didn’t want to be anything else but a football player. I was performing on the field, but I wasn’t happy.” 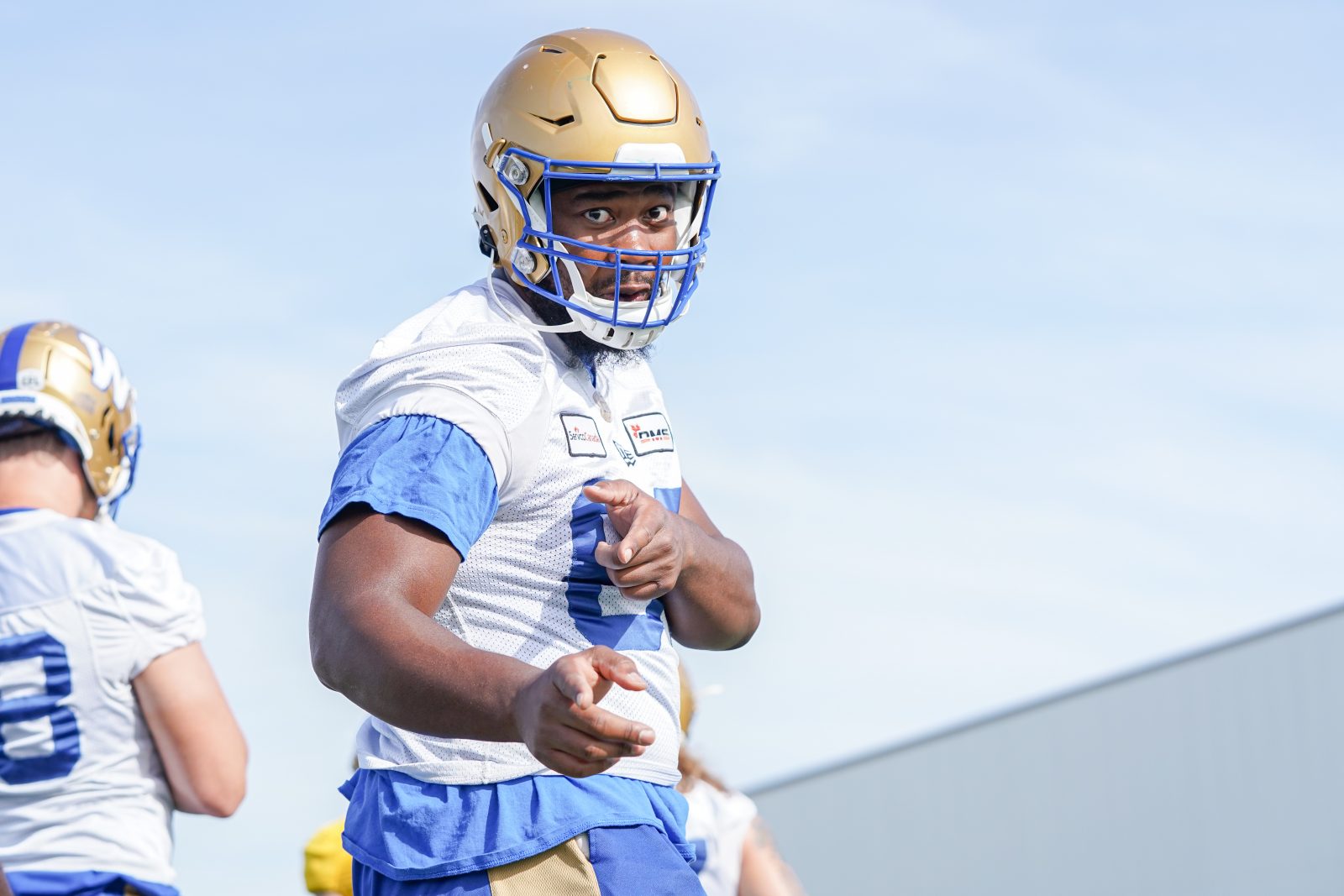 “I heard a quote that goes like this: ‘The two most important days of your life are the day you’re born and the day you find out why.’ That focused me back. I always wanted to be a person who helped others and I saw myself getting away from that. That quote reminded me that football is my gift to share, but it’s not who I am. It’s my platform to try and connect and help people.

“I won’t be a great football player unless I’m a great person. For me it’s about waking up every morning realizing that football is my gift to be the person I feel I’m called to be. That’s what made me bring it here because wherever I’m at, that’s my mission.”

Richmond wants to help spread his message further and also hopes more organization will step up as partners. He’s providing his e-mail as a steppingstone mypurpose231@gmail.com and hopes those family and friends he’s helping to bring to the game on Friday can also help spread the word of his non-profit’s intentions.

“This keeps my inspired. It gets me up in the morning,” he said. “I can go so hard at football, but if I’m not finding ways to help people then I’m still not fulfilled. Or vice versa. Everyday I’m just trying to make sure I give my all to both, so I can feel complete.

“I feel like I’ve lived a few different lives. I’ve been at the top and I’ve been at the bottom. It’s about finding that middle ground and trying to stay true to who you are through it all.”