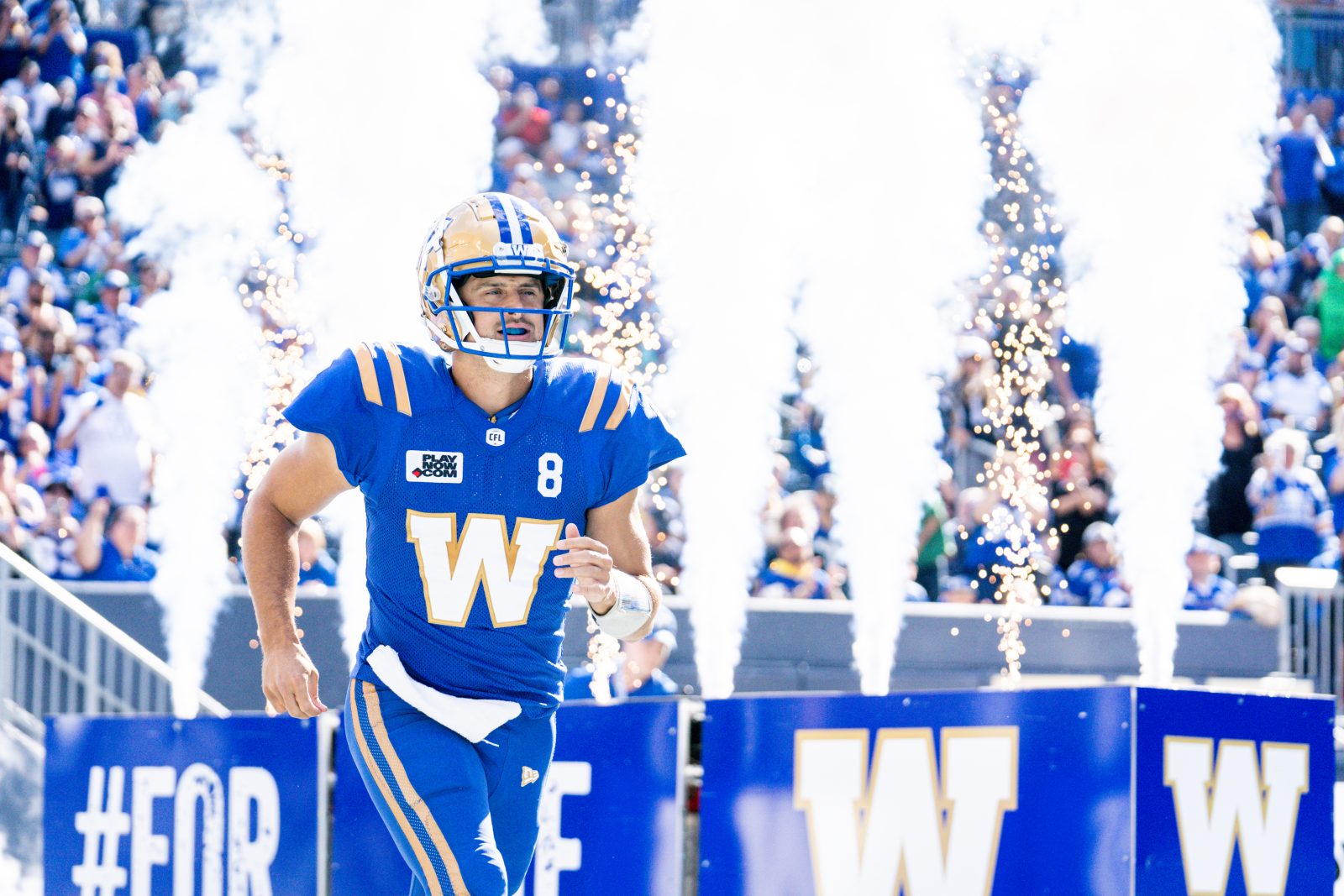 WINNIPEG, MB., October 18, 2022 –   The Winnipeg Blue Bombers today announce the club has signed all-star quarterback Zach Collaros to a three-year contract extension through the 2025 season. He was scheduled to become a free agent in February.

Collaros (6-0, 222; University of Cincinnati; born: August 27, 1988, in Steubenville, OH) is the Canadian Football League’s reigning Most Outstanding Player and a leading candidate for the award again in 2022. He has posted career-high passing totals this season, having thrown for 4,115 yards and 35 touchdowns. The 35 passing TDs not only leads the CFL but has tied him with Tom Clements (1987) for third-most in Blue Bombers history. His 7,521 yards passing as a Blue Bomber also ranks 11th on the franchise’s all-time list.

The Blue Bombers are 14-2 under Collaros in 2022 and 31-4 in his starts since his arrival in October of 2019. Included in that run are the back-to-back Grey Cup championships of 2019 and 2021 and a perfect 5-0 record overall in the playoffs. Collaros has been named a CFL Top Performer three times in 2022 (Weeks 5, 8 and 14) and has been twice named a CFL Top Performer of the Month (July and September). 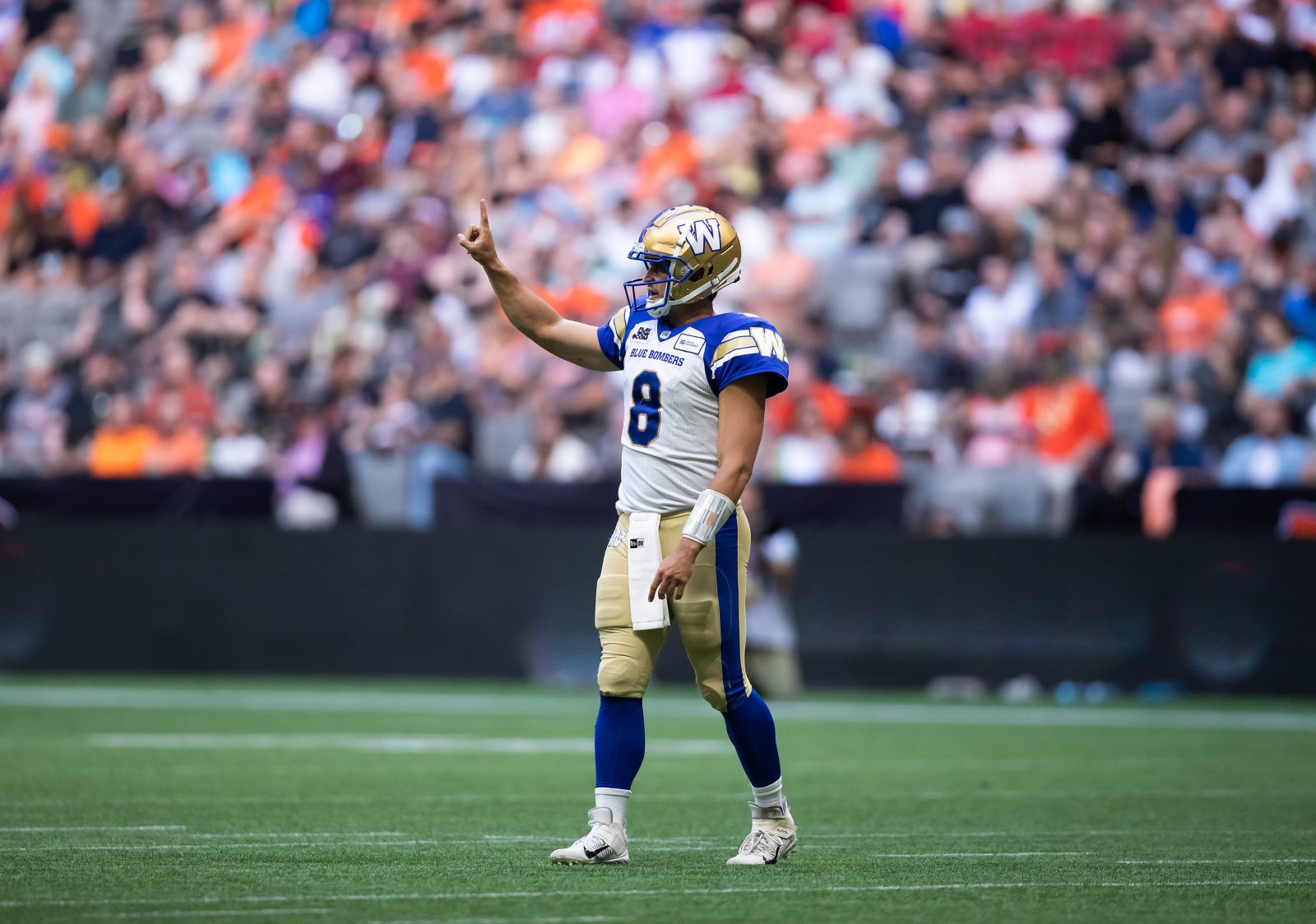 The 2021 season was a memorable one for Collaros as he helped guide the club to a second consecutive championship while being named the CFL’s Most Outstanding Player, the Blue Bombers’ Most Outstanding Player as well as earning West Division and CFL All-Star honours. He was also named the MVP of the 108th Grey Cup after a 33-25 overtime victory over the Hamilton Tiger-Cats. In the process, he became the first Blue Bombers quarterback to lead the club to consecutive Grey Cup championships since Ken Ploen in 1961-62. Collaros led the CFL in passing touchdowns in 2021 with 20 and posted a league-best quarterback efficiency rating of 111.0, while his 3,185 passing yards ranked second.

The Bombers acquired Collaros on October 9, 2019, in a trade with the Toronto Argonauts. Upon his arrival, he led the Bombers to a 4-0 record, winning his debut in the club’s regular season finale before the run to the Grey Cup that also included victories in the Western Semi-Final and Western Final, all this after having been traded twice during the year, first from Saskatchewan to Toronto, then from the Argos to Winnipeg.

Collaros first signed in the CFL with the Argos in 2012 and has since appeared in 122 regular season games with Toronto, Hamilton, Saskatchewan and Winnipeg. Boosted by his numbers this year, Collaros has moved up 15 places on the CFL’s all-time passing yardage to 23rd overall at 24,279.