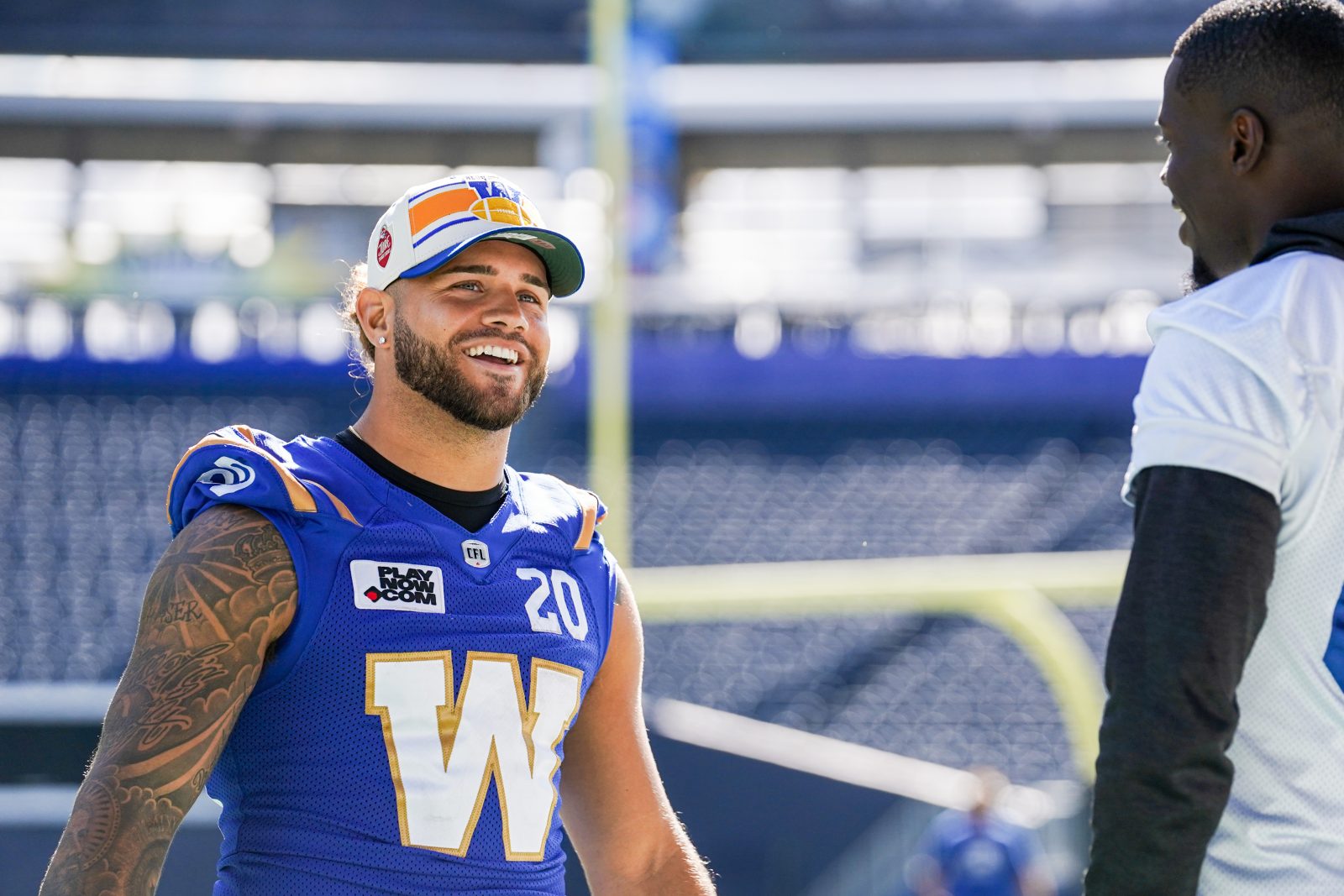 It was just one single play in a Winnipeg Blue Bombers Week 7 win over the Edmonton Elks at Commonwealth Stadium at the end of July. Officially, it’s listed as Play #97 in the Canadian Football League’s statistical package and it simply reads:

Yet for Brady Oliveira, it was a seminal moment not just in his 2022 season but, it might be said, in his establishment as the Blue Bombers feature back.

Struggling with his confidence and pressing to make every carry a home run, Oliveira had rushed 68 times for 224 yards – a 3.29-yard average – in the seven games leading up to that 10-yard run against the Elks.

That play in Edmonton, which saw Oliveira put his shoulder down on Gainey and drive him a couple of yards backward and described by TSN analyst Duane Forde this way – “It’s better to give than to receive as Brady Oliveira lowers the boom” – seemed to ignite the Winnipeg-born product.

Consider this: including that run, the rest of the Edmonton contest and the eight games since, Oliveira has rushed for 634 yards and a juicy 5.87-yard average.

“I’ve thought about it this week, funny you bring that up,” said Oliveira as the Blue Bombers completed final preparations for Saturday’s rematch with the Elks at IG Field. “With us playing Edmonton, that was the turning point for myself, when I finally felt like, ‘OK, I’m back to myself. I know what I’m capable of doing in this league when I’m playing my type of football.

“We all know the early weeks of the season were a bit bumpy. I just had to get my feet wet and get into a rhythm with the offensive line and now we’re doing it… It’s crazy, now we’re playing Edmonton again and that’s really where my season and the run game started to take off.” 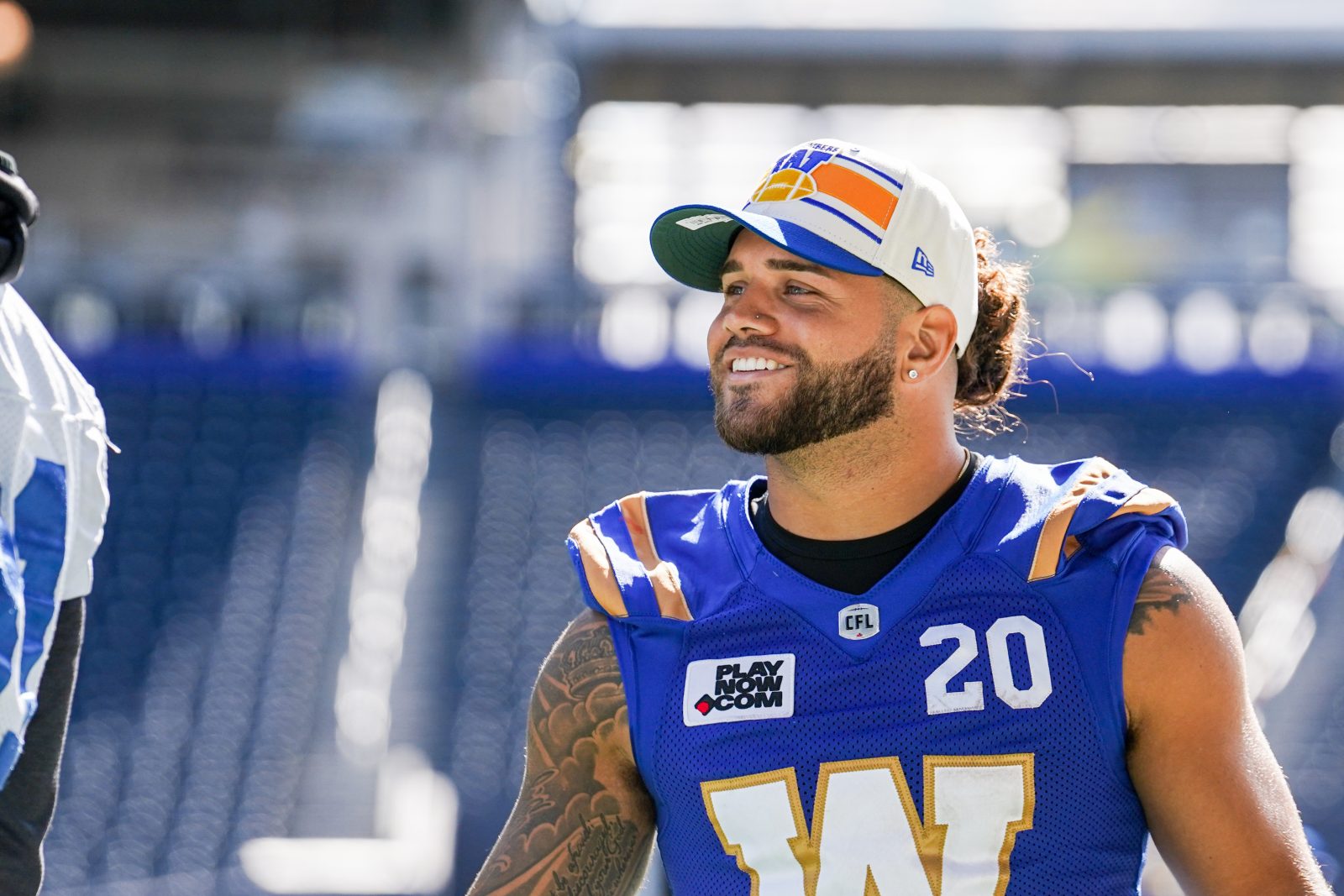 Oliveira heads into the week’s action ranked second in the CFL in rushing with 858 yards – Calgary’s Ka’Deem Carey is first at 949 – and with a growing confidence.

That was never more evident than in the fourth quarter of last week’s win over the Saskatchewan Roughriders. Leading 31-13 the offence got the ball back with 6:46 remaining and then promptly cranked out nine straight runs in a drive that took four minutes and 35 seconds off the clock. Of those nine runs, seven were by Oliveira totalling 53 yards.

“It was fun,” Oliveira said with a grin. “For myself and the offensive line, that was our drive and we had so much fun doing it as a collective unit out there.

“It was a lot of fun to allow our offensive line to just maul the guys up front and move them. They made it easy for me. All I had to do was make sure my eyes were right and there were holes for me to hit and that’s all because of those guys up front. Everybody looks at the running back position, but that offensive line is the best in the league. They’re playing great right now.”

The timing couldn’t be more perfect, too, what with the temperature dropping and the playoffs nearing. The Blue Bombers have scored 30 or more points in six of their last eight games and both Zach Collaros and Nic Demski were named CFL Players of the Month for September. But a number inside of that which speaks of the balance: in seven of the last eight games the club has also eclipsed the 100-yard rushing mark as a team. 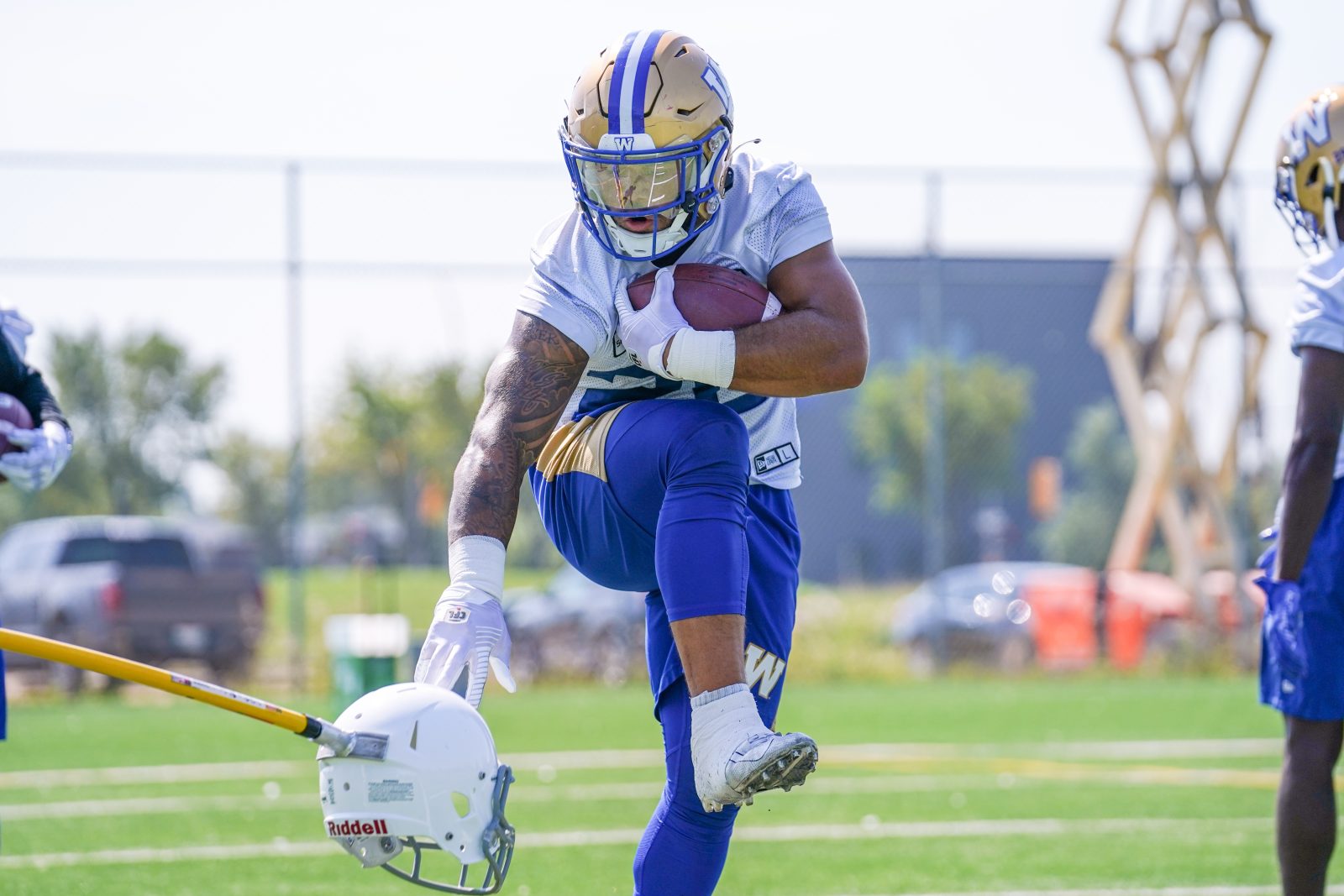 “We’ve had a little success, but we’re definitely going to have to keep it rolling and get a lot better in it,” said right tackle Jermarcus Hardrick. “It’s the final stretch of the season. You can feel the winter’s coming, and we definitely want to be able to run the ball.

“With Brady, he’s motivated and he’s seeing it right now. He’s running hard, coming in early to do the work, great in the community… he’s an easy guy to get behind. I love to see him have success and us having success.”

But, again, where the ground game is now is light years from where it was in July with Oliveira admittedly stung by the criticism he was hearing. And then – Boom! – a 10-yard run has him on top of the world right now.

“People on the outside have these expectations, thinking that you’re at this level and you’re going to instantly go in there and do all these big things,” he said. “Of course, we want that for ourselves, but there’s a level of learning and growth you have to go through first.

“I had to go through some learning curves and go through those struggles and hardships early in the year and stick with it to grow my confidence. It’s growing every single game, but it’s not instant.”

Blue Bombers head coach Mike O’Shea spoke Thursday of Oliveira’s growth, pointing to his comfort in the backfield and the improvement in his attention to detail.

“His comfort level with who he is in the offence, how he runs has become more true to himself,” said O’Shea. “The whole offence has gotten more comfortable.

“Yeah, you want to start off hot coming out of camp, but it doesn’t always work that way. Historically – as our offensive guys have analyzed it – there’s a certain progression where things get good as we go along. We’ve had the exact same season as we’ve had in a bunch of other years in terms of how things heat up here offensively.”

Bet Regal has the Blue Bombers as 13-point favourites for Saturday’s home game against the Edmonton Elks:

Worth noting: The Blue Bombers have eclipsed the 30-point mark in six of their last eight games and are now averaging 31 points per game – second only in the CFL to Calgary (33.0 points per game).