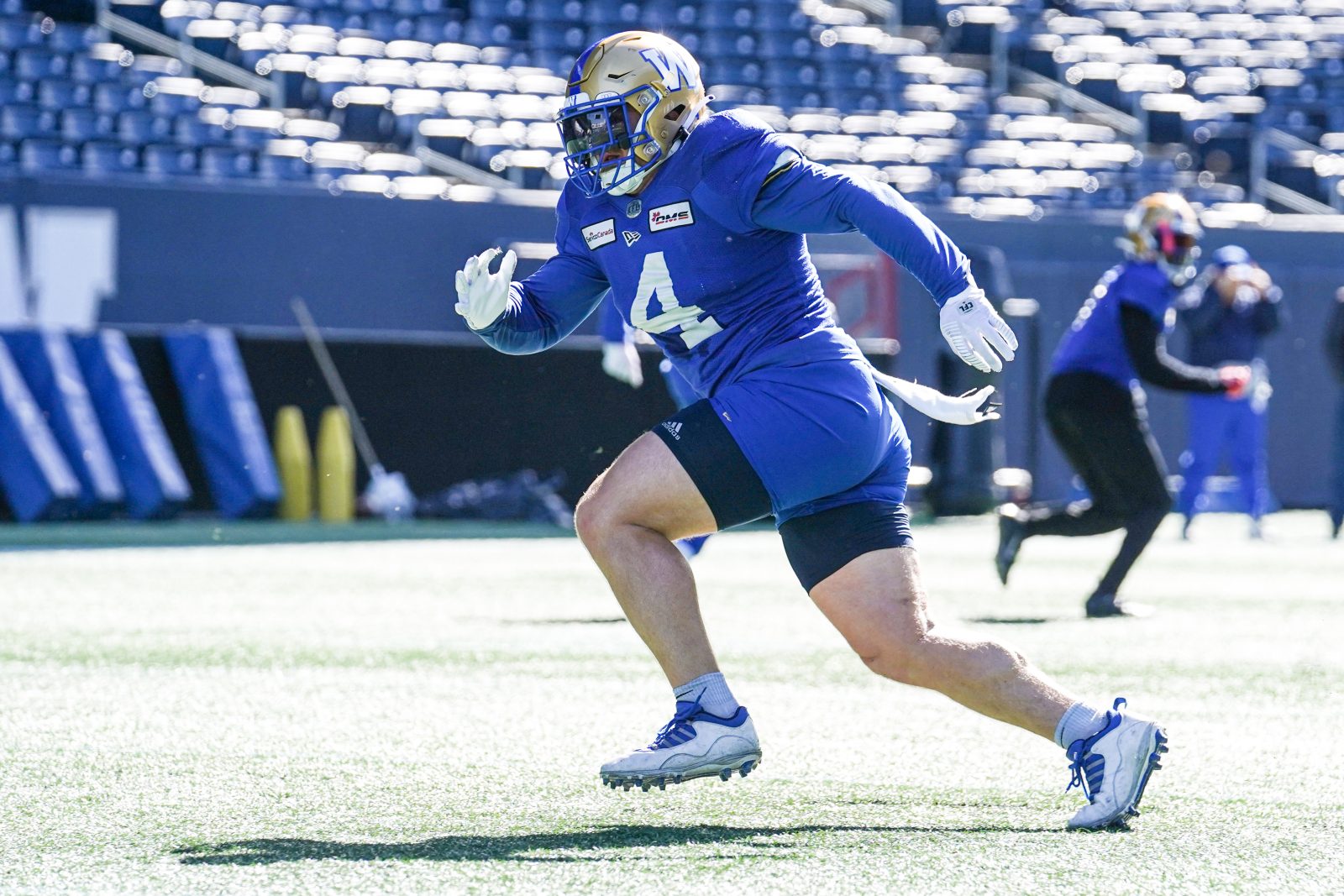 Adam Bighill and the Winnipeg Blue Bombers have made the long and arduous climb to the Canadian Football League mountaintop for two seasons in a row.

And so not only do they fully understand how difficult that ascent is, as the two-time defending Grey Cup champions they can also certainly attest that the view from the top is absolutely spectacular. That was part of the message Bighill reiterated Thursday as the Blue Bombers prepared to return to action for Friday’s Orange Shirt Game against the Saskatchewan Roughriders.

“That’s what this time of year is. This time of year is hard, it’s a grind and you have to now push harder to overcome some of these things and keep pushing. We’re on that journey,” he added. “We’re on our way. Guys are working through that process, and I think the focus has been incredibly great. Now this is where each week we come out and try to push that elevation higher. We’re on our way.” 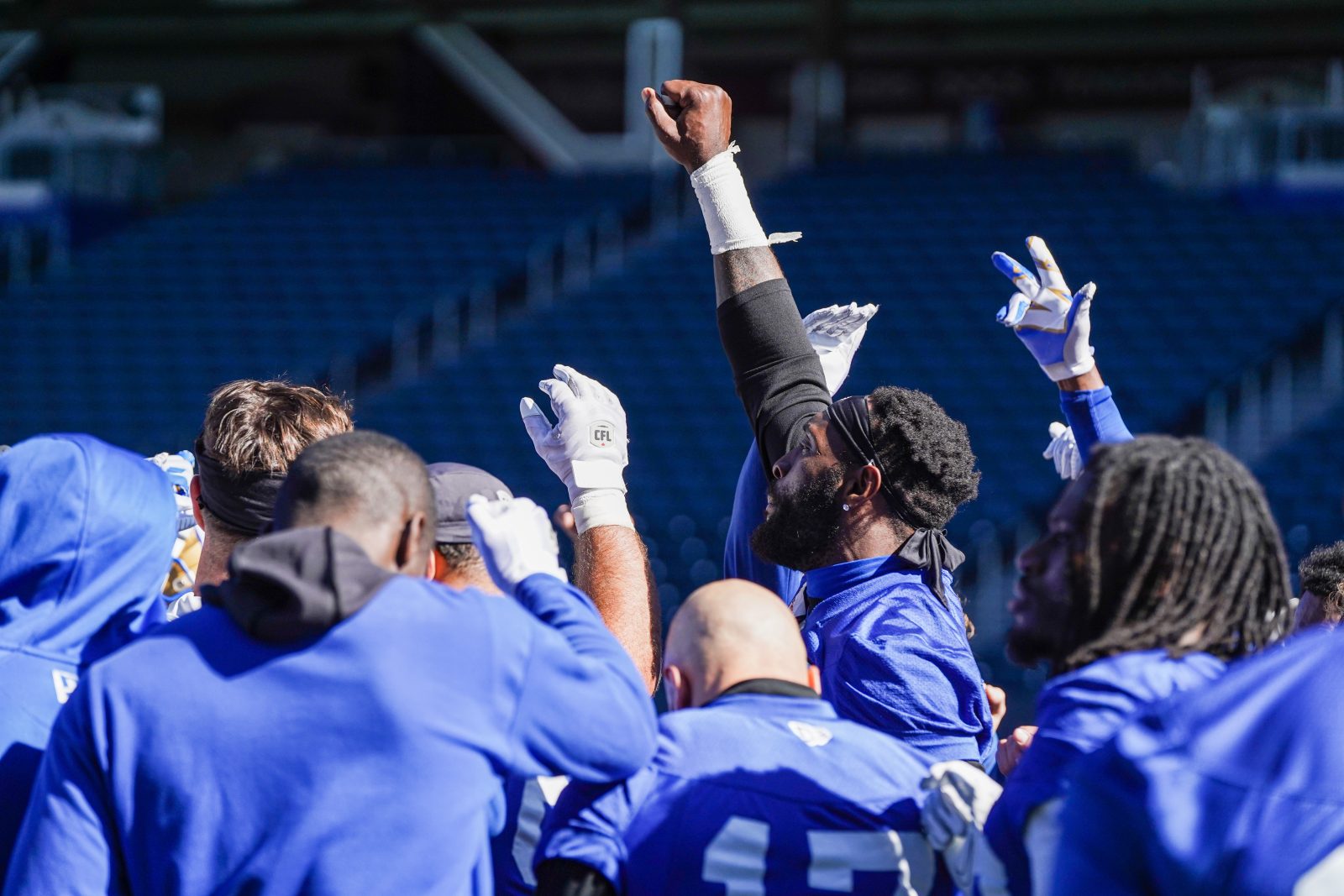 The Blue Bombers are coming off a nasty 48-31 loss to the Hamilton Tige-Cats prior to their bye week. And while the club remains atop the West Division standings with the best overall record in the CFL at 12-2, the loss did stick with many through the bye.

“You look for the reasons why,” Bighill said. “You find the answers on tape for discipline, a lack of communication – whether it’s eyes or feet, technique – and those are the things you correct. We don’t expect anybody to be perfect. We want to strive to be perfect, but we know at times we’re going to make mistakes and when we do, we’ve got to be able to have someone to make up for our guy who happened to slip on that one.

“It always comes down to playing a clean game. Don’t give the ball away, take the ball away from the opponent, don’t take stupid penalties… all those kinds of things. It’s really about the fundamentals of football.”

The Blue Bombers were lit up for 48 points in Hamilton – 41 by the defence, the other TD on a fumble recovery by the Ticat defenders – and that is a shocking total for a unit that hadn’t given up 30 in any of the previous 13 games and held teams to under 20 in five contests.

“They came out and kicked our butts pretty good,” said Blue Bombers defensive coordinator Richie Hall earlier this week. “They didn’t do anything special or anything like that, but we weren’t at the top of our game and that’s what happens if you don’t come to play – it gets ugly in a hurry and that’s what happened.

“They didn’t do anything special, but what they did was capitalize on our lack of concentration and just playing together as a group, communicating, and they made a bunch of big plays. It’s not so much the plays, it’s how they got their plays – they were easy plays, uncontested plays where we didn’t play very well.”

The Blue Bombers will make just one change for Friday’s game and it’s significant, with Cedric Wilcots II coming in for an injured Jackson Jeffcoat at defensive end. That means a secondary that was scorched for five TDs by Ticats QB Dane Evans will have a chance for redemption against the Riders.

Critical in that loss was this number: Hamilton averaged a whopping 9.7 yards on first down against the Blue Bombers. 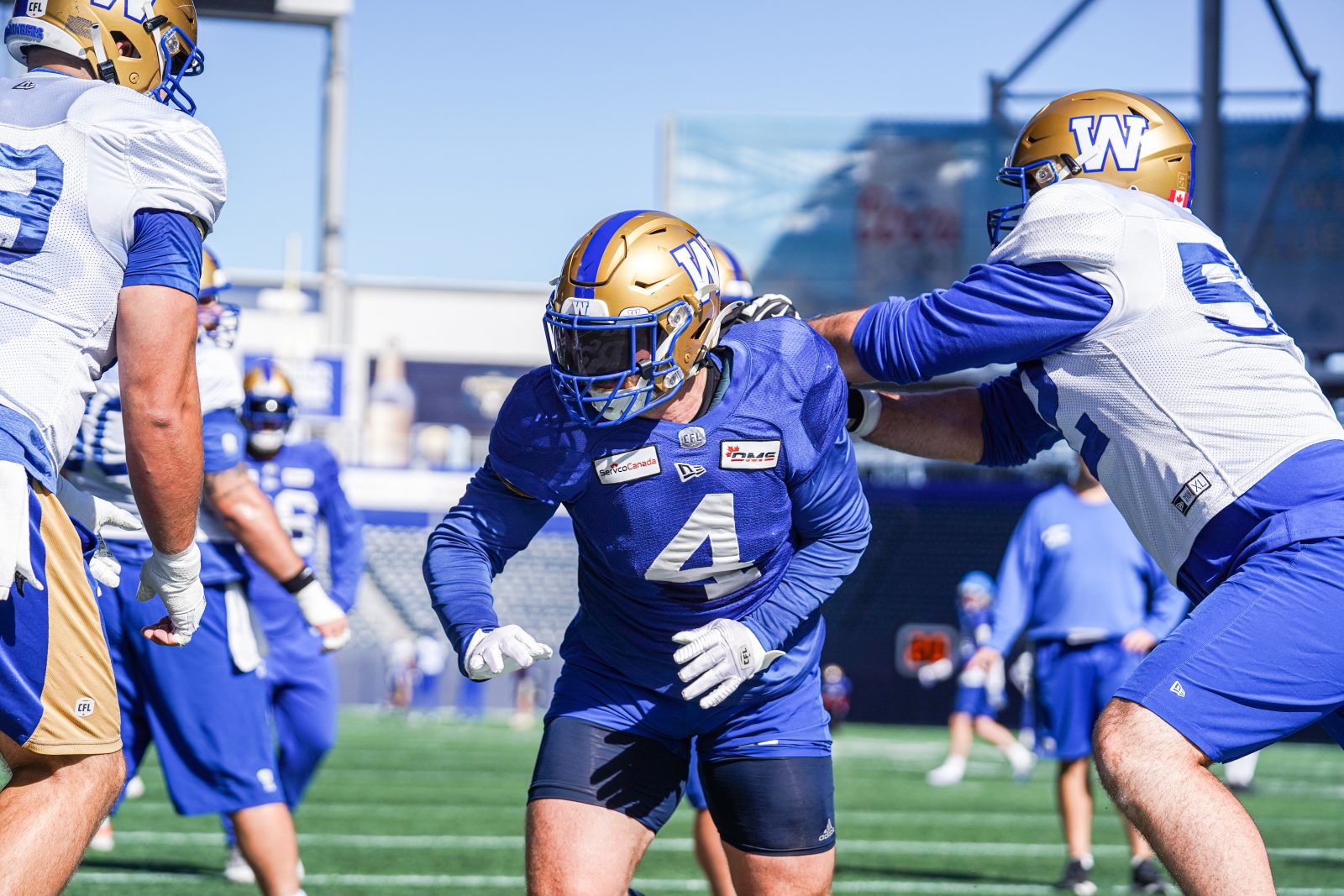 2. AN ATTACK ON THE RISE

Somewhat lost in the Steeltown beatdown was the work of the offence, which still managed to throw up 31 points despite three turnovers – including the fumble recovery for a TD.

The Blue Bombers have scored 85 points in their last two games – 31 in the loss to Hamilton and 54 in the Banjo Bowl blowout of the Riders – and those two contests have featured a combined 21 offensive possessions resulting in 10 touchdowns and five field goals.

That just further built on an already impressive stat: Winnipeg’s 24.8% TD-per-possession rate is the highest on record since the league started tracking the stat in 2009.

“We just know our responsibilities out there and are playing as a team right now,” said slotback Nic Demski. “We’ve got some familiarity in the receiving corps even though there’s been some scrambling (injury wise) in the previous weeks.

“The O-line is doing a good job, Zach (Collaros) is doing a good job. We’ve just got to keep it going and keep making plays. Our goal is to get points on every drive, whether it’s a touchdown or a field goal. We definitely have that confidence in each other and we all know that we’re going to do our role to make our team better.” 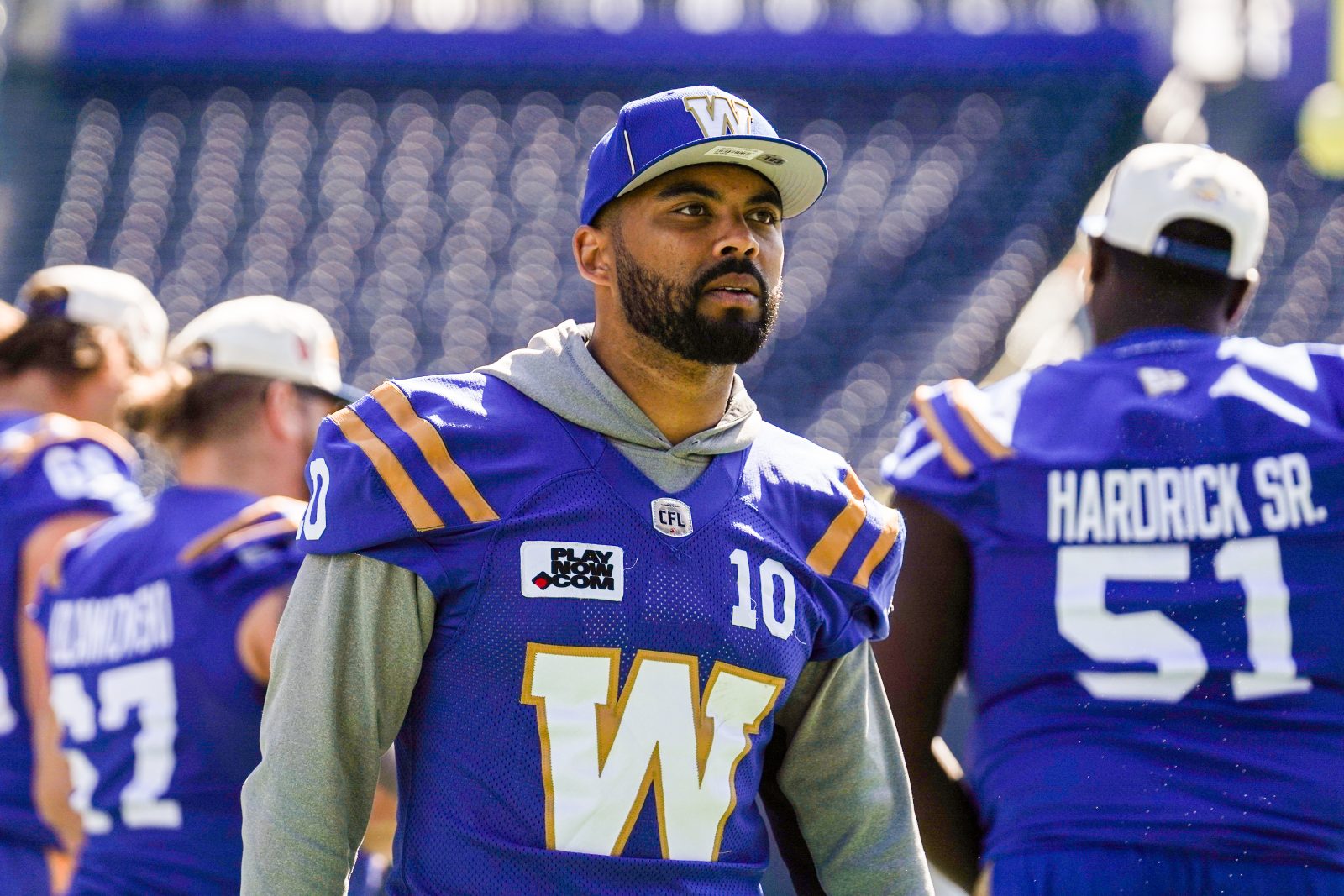 Two weeks ago the Blue Bombers lined up opposite a Ticats side struggling to stay in the East Division playoff fight. And that desperation was evident from the first moment the ball was put on the tee at Tim Hortons Field to the final whistle.

Enter the Roughriders this week who are in much the same situation. Saskatchewan is 6-8 overall, but just 2-7 in it last nine games. The vice is also tightening on everyone in Riderville as the 2022 season began with enormous expectations for a club that would love to play in front of a sold-out Grey Cup crowd in their own backyard come November.

That’s still a possibility, although the route to a home championship game may now mean a trek though the East Division as a crossover team.

And you know what? All that means diddly squat to a Blue Bombers side trying to get its juggernaut back on the rails.

“It’s not them, it’s us,” said Richie Hall. “We’ve got to fight for our playoff life. Our whole thing is not the opposition, it’s what do we do – that’s all we can control.