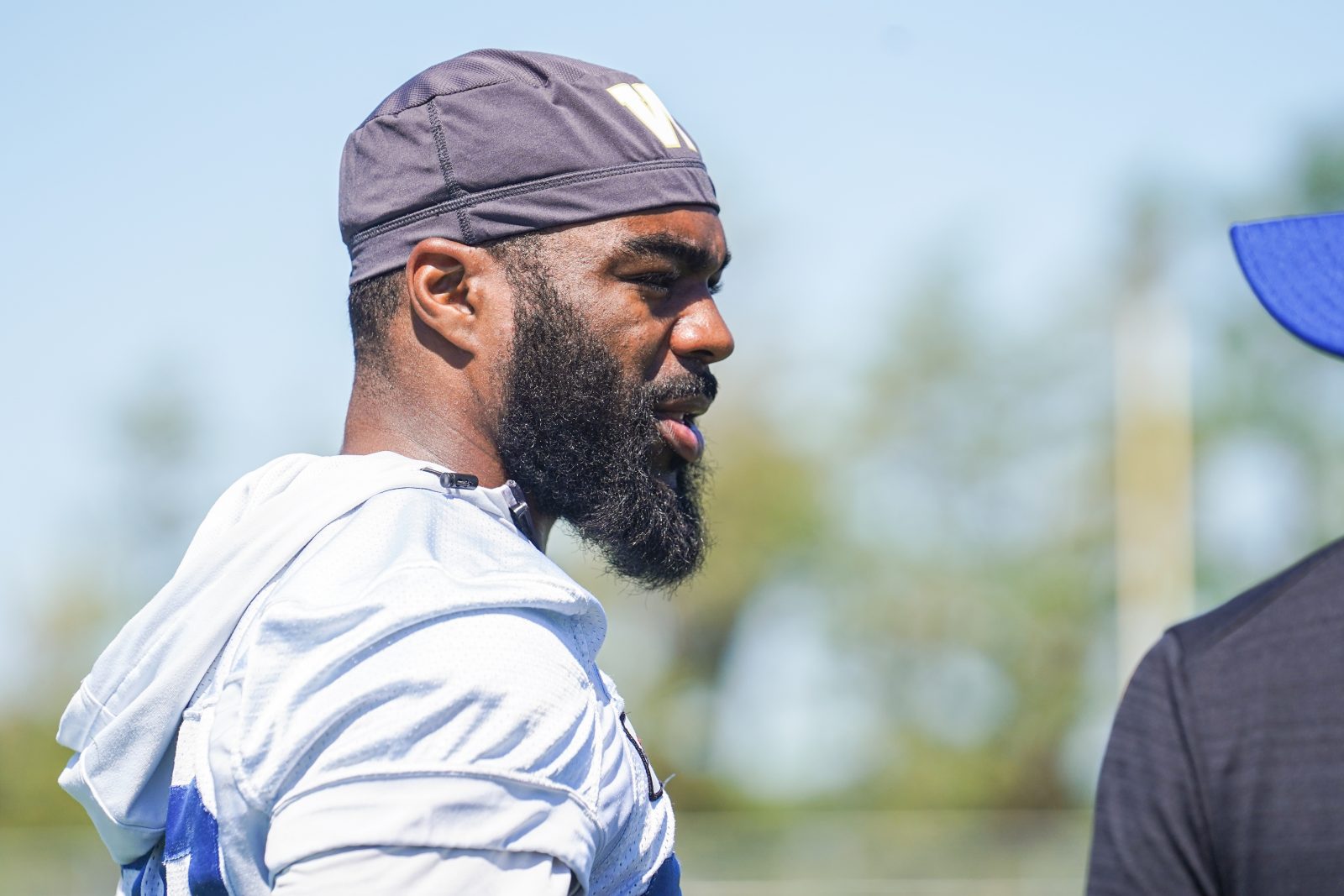 It was the sight of all the crime scene photos and videos that hit Rasheed Bailey first, driving a proverbial dagger right into the centre of his chest.

The visual evidence he first witnessed late Tuesday featured pieces of football equipment strewn on a pathway behind his old high school in Philadelphia, the scene surrounded by countless yellow and black police evidence markers.

“I don’t know, man. I’m hurting today. Really hurting,” began the Blue Bombers receiver Wednesday in a conversation with bluebombers.com. “I try to do a good job of blocking out a lot of negativity that comes from home and some of my childhood trauma. But this… this hits real close.”

Nicholas Elizalde, 14, was killed and four of his football teammates wounded in a shooting Tuesday afternoon on Pechin Street in Philadelphia, just behind Roxborough High School – the same school Bailey had attended during his youth.

The players had just finished junior varsity football practice and were headed to the locker room when police reports indicated four shooters who had been waiting in a parked car fired at the boys. 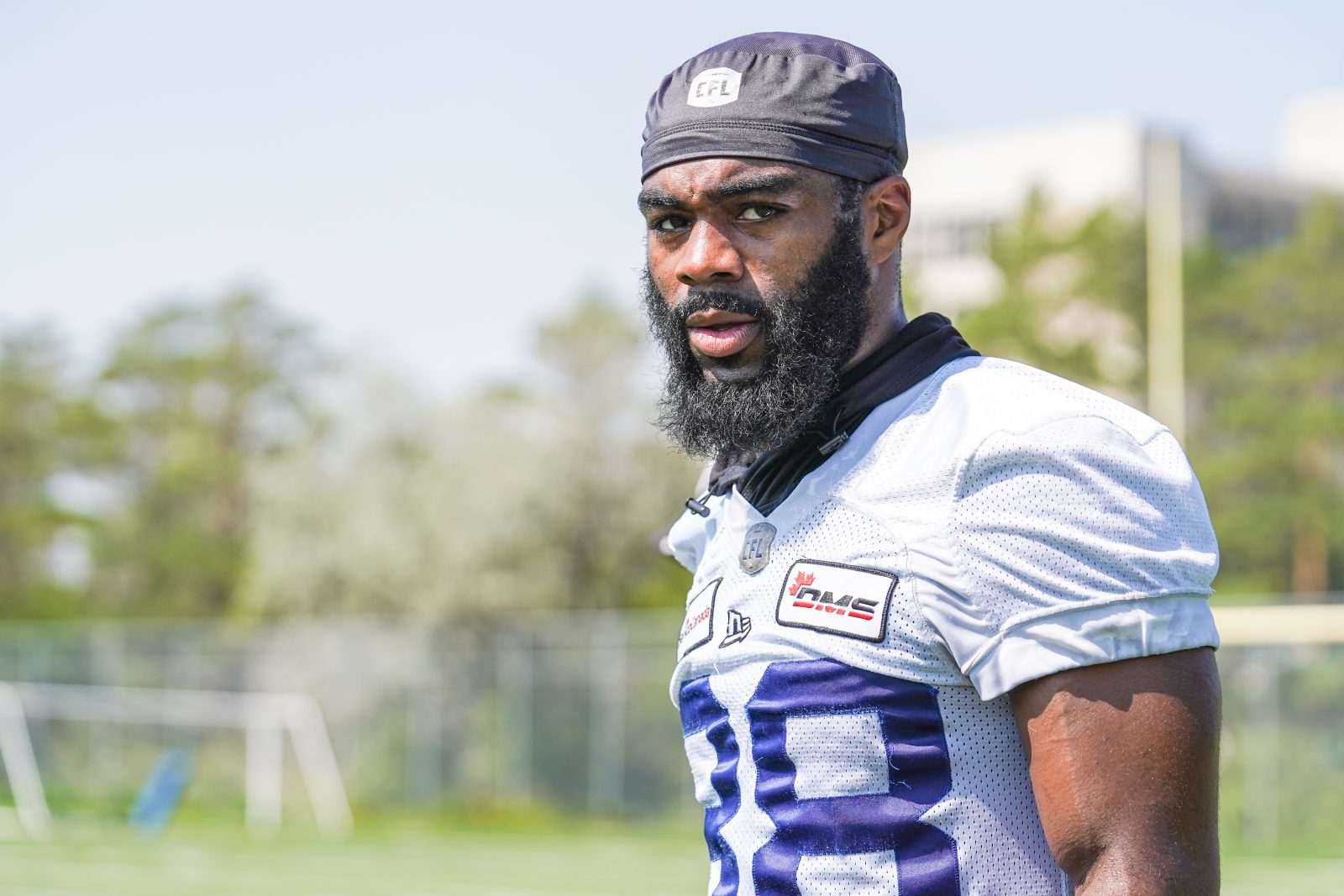 “That’s my school,” Bailey said while fighting back tears. “I’ve walked that pavement. I played on that field. I bled and cried on that field. I became who I was on that field right there. It was a safe place for me. When I had nothing, going to that field meant everything to me. And to know a kid lost his life and others got shot leaving that field, it breaks my heart. That could have been me. It could have been some of my teammates back in the day. It brings up a lot of childhood trauma for me. My senior year I lost one of my friends I grew up with to gun violence. I remember going to school scared.

“My heart goes out to those families because they’ve got kids going to school scared,” Bailey added. “I told myself I didn’t want to ever feel that way again. Nobody should ever have to feel that way. The school has gotten better, but now you have an incident like this, and kids are scared of going to school again. That breaks my heart. School is supposed to be a safe place, a place where you can escape your problems and better yourself. It’s supposed to be a sanctuary.”

Bailey has been and will always be a proud product of Philadelphia, something he expresses so often to his Blue Bombers teammates by bellowing out ‘Philly!’ when he makes a catch in a game or simply when walking by. But, again, he was crushed when he saw the grim details of the shooting scene. According to The Philadelphia Inquirer, 178 children have now been shot in the city this year alone, with 23 having died.

“Sixty-nine shots were fired. Sixty-nine,” he said. “I don’t know a lot of details about the situation, but I do know this: we need to put the guns down. It’s getting to the point now where it really is out of hand. A lot of these kids don’t have any direction; they don’t have heart.” 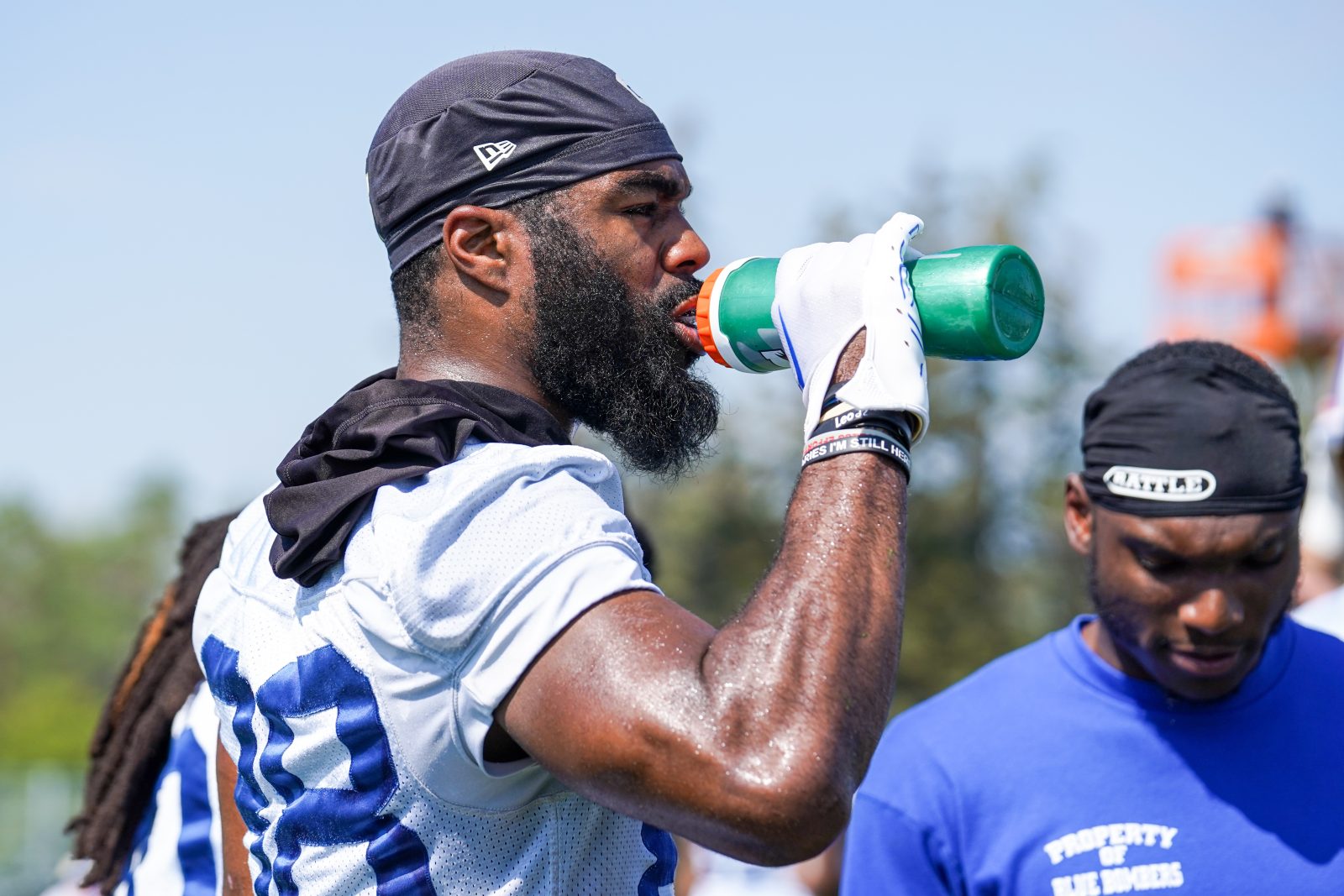 “That boy was 14. When you’re 14… I’ve got a little sister (Miyah) that’s 14 and when I found out I immediately texted her. I spent an hour on the phone with my family last night and one of my closest friends, Bernard, who I played with in high school, we spoke for another 2 ½ hours.

“We’re just tired of it, man. It’s not just at my old high school, it’s all over Philadelphia. It’s out of control right now. I’m so proud of being from Philly, but when I see stuff like this it’s like, ‘What are we doing, man? Why do we keep doing this to ourselves?’”

A powerful motivational speaker throughout the year – both here in Manitoba and back home – Tuesday’s shooting has driven Bailey to want to do even more.

“This is why I’m so passionate, when stuff comes out like this,” Bailey said. “This is why I play with so much emotion. I escaped that. That’s part of who I am, that’s part of the way of life there and why escaping that mess helped save me.

“I need to use my voice more. I carry this pain. I try to be as positive as I can to try and influence kids, but when I see this… it really, really hurts. All those feelings I once felt back when I was a senior in high school all came back yesterday. Stuff that I had been withholding and hiding and trying to run from, it came back. It was heavy. It’s sick. It makes me angry, too.

“I don’t know where to start with this, but I do know we need to try and keep doing something about it. I need to get more active. I want to be a part of the change. Those kids need a voice, they need a hero, they need something. I want to keep shining a light and trying to stay positive, but yesterday hurt me.” 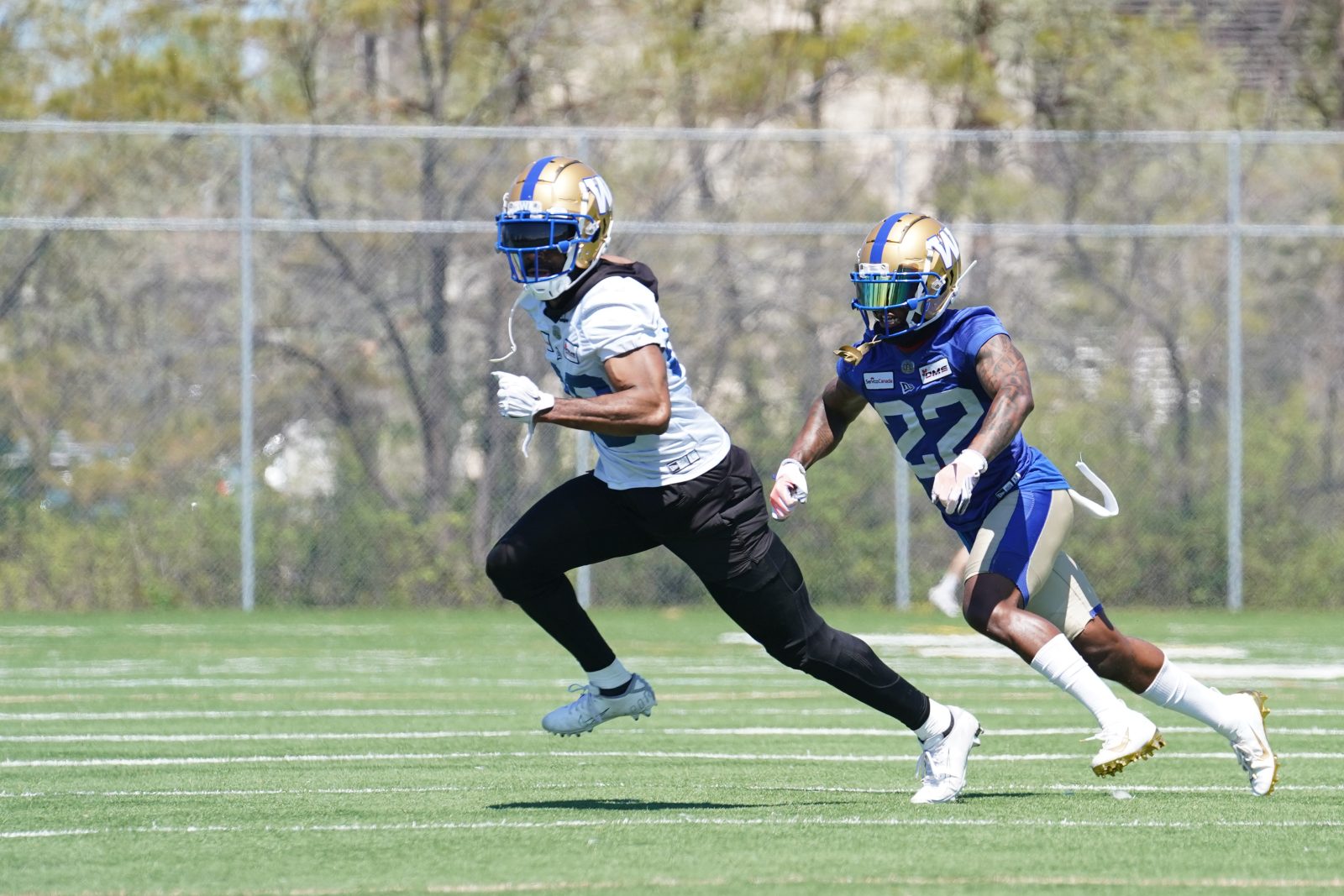 With Tuesday’s news hitting right in his own backyard, Bailey was asked what he might say to the kids on the football team, the kids from that school or from his old neighbourhood.

He paused for a moment, then offered a simple yet powerful message.

“My biggest thing I would say is to keep trying to follow and chase your dreams,” he said. “I just don’t know if enough kids know it can be real if they put the work in and chase it. Everything doesn’t have to come down to violence. There’s enough room for us all to make it.

“So much of this stuff that’s going on is so petty. I just want these kids to keep dreaming. Find your direction. Find your path and stay on it. I was one of those kids. I’m not saying I was into the streets and all that stuff, but it’s easy to fall into that because it’s right there in front of you. Everybody has a choice, and my choice was this: ‘I’m going to be better than this.’

The Blue Bombers added to their depth by signing former Saskatchewan Roughrider defensive end Keion Adams to the practice roster. Released by the Riders earlier this week, Adams had spent the last two seasons in Regina and dressed for nine games this year, registering 17 tackles and adding two sacks.

Adams (6-2, 240, Western Michigan) was a seventh-round draft choice of the Pittsburgh Steelers in 2017 and also spent time with the New York Giants before coming to the CFL.

Bet Regal has the Blue Bombers are 8.5-point favourites for Friday’s home game against the Saskatchewan Roughriders:

Worth noting: the Blue Bombers have eclipsed the 28.5-point total in six of their 14 games this season and four times in their last 11 vs. Saskatchewan.