“If you were writing a script, you couldn’t write it any better than how it’s gone.” 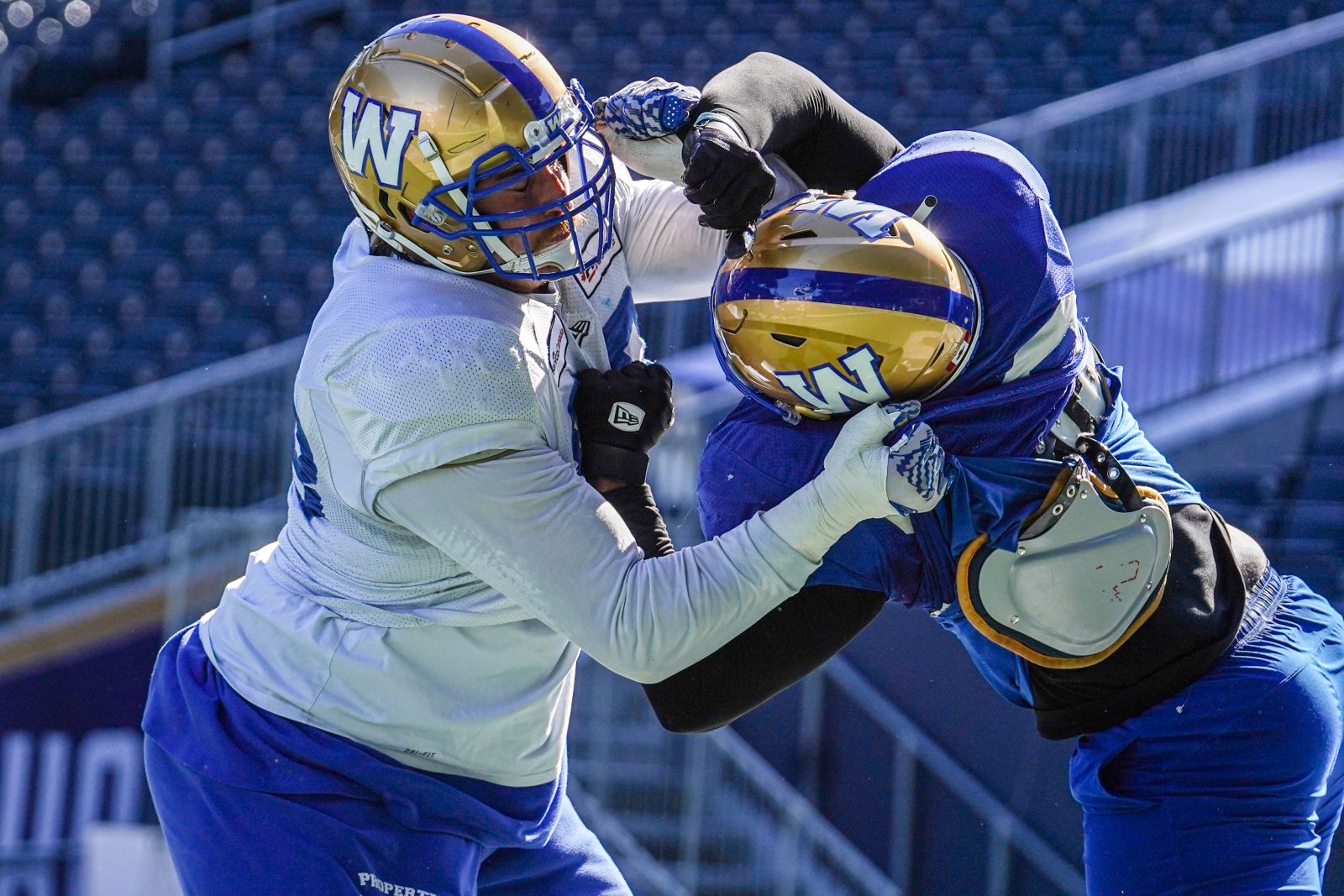 “If you were writing a script, you couldn’t write it any better than how it’s gone.”

Geoff Gray has just finished a second day filling in for Stanley Bryant at left tackle for the Winnipeg Blue Bombers and, understandably, as he exited the field he was completely drenched in sweat.

Asked to explain the differences between tackle and guard – where he has started all season – the 28-year-old University of Manitoba product breaks into a discourse about angles and timing, the importance of patience and footwork.

And before a conversation with bluebombers.com was completed after practice Tuesday, the various subject matters included his culinary skills, City of Winnipeg bylaws and – of course – the safety analysis of passively cooled mini nuclear reactors. So, for those who might not have yet been introduced, we give you Mr. Gray, who might just be the most interesting man in the Canadian Football League.

We begin with the football stuff, as Gray has taken all the work at left tackle over the last two days as Bryant recovers from an apparent ankle injury. Gray started his third season at tackle for the Bisons and also got looks there during his NFL days with the Green Bay Packers, New York Jets and Cleveland Browns. 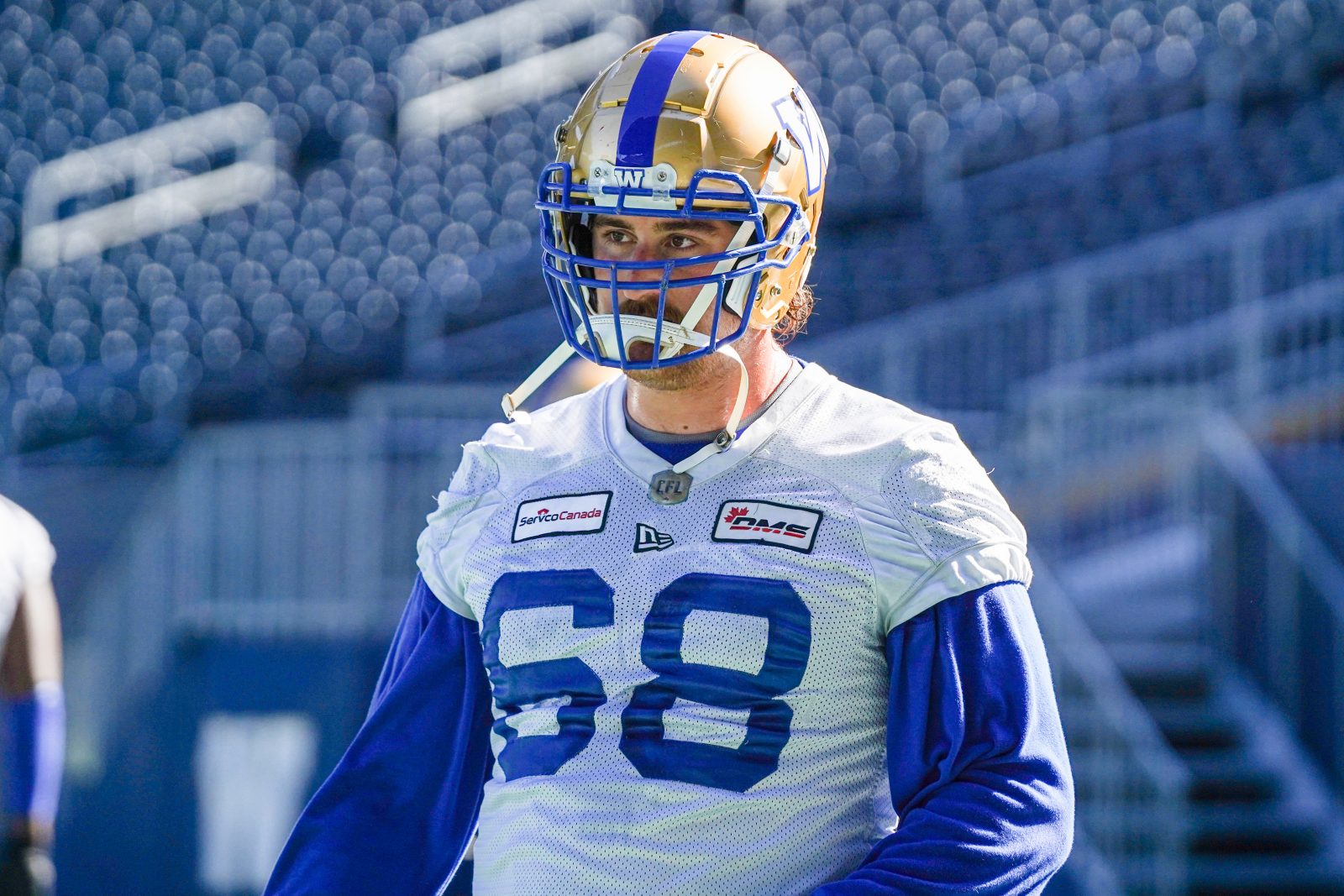 “It feels good,” said Gray. “It’s a different position, obviously, but there’s a lot of similarities and I’ve got some reps in games there so it’s something I feel comfortable with should it come to that.

“At guard the defender is typically a lot closer to you, so typically you’re making contact sooner. At tackle it’s about getting yourself to the right spot in relation. There’s a bit of patience, timing and angles in play.”

Now into his fourth season with the Blue Bombers after joining the club late in 2018 following his NFL stints, Gray has become a valuable member of the team’s offensive line.

A chef of some renown among the offensive line – and, really, there couldn’t be a more glowing endorsement than one from that group – Gray now regularly cooks for the big eaters during home game weeks. This week will be no different – although it appears bison burgers may need to be removed from the menu.

“Bison burgers are a big favourite of Stan’s, I will tell you that,” Gray said. “But I got a bit of a wrench thrown into that. I have a condo and have a smoker on my deck and apparently, it’s a Winnipeg bylaw – not to berate the City of Winnipeg or anything – but I’m no longer able to use the smoker and that’s put a kibosh on the bison burgers. If it was up to Stan, we’d have those every week.

“I like to mix and match some different things with the favourites. Some chillis, biscuits and gravy, corndogs – I do make a good corndog – and some Oreo brownies for desert and some peanut butter blondies with some chopped up Butterfingers and nutter butter in there. Sometimes it’s something fancy, sometimes it’s simple comfort food.” 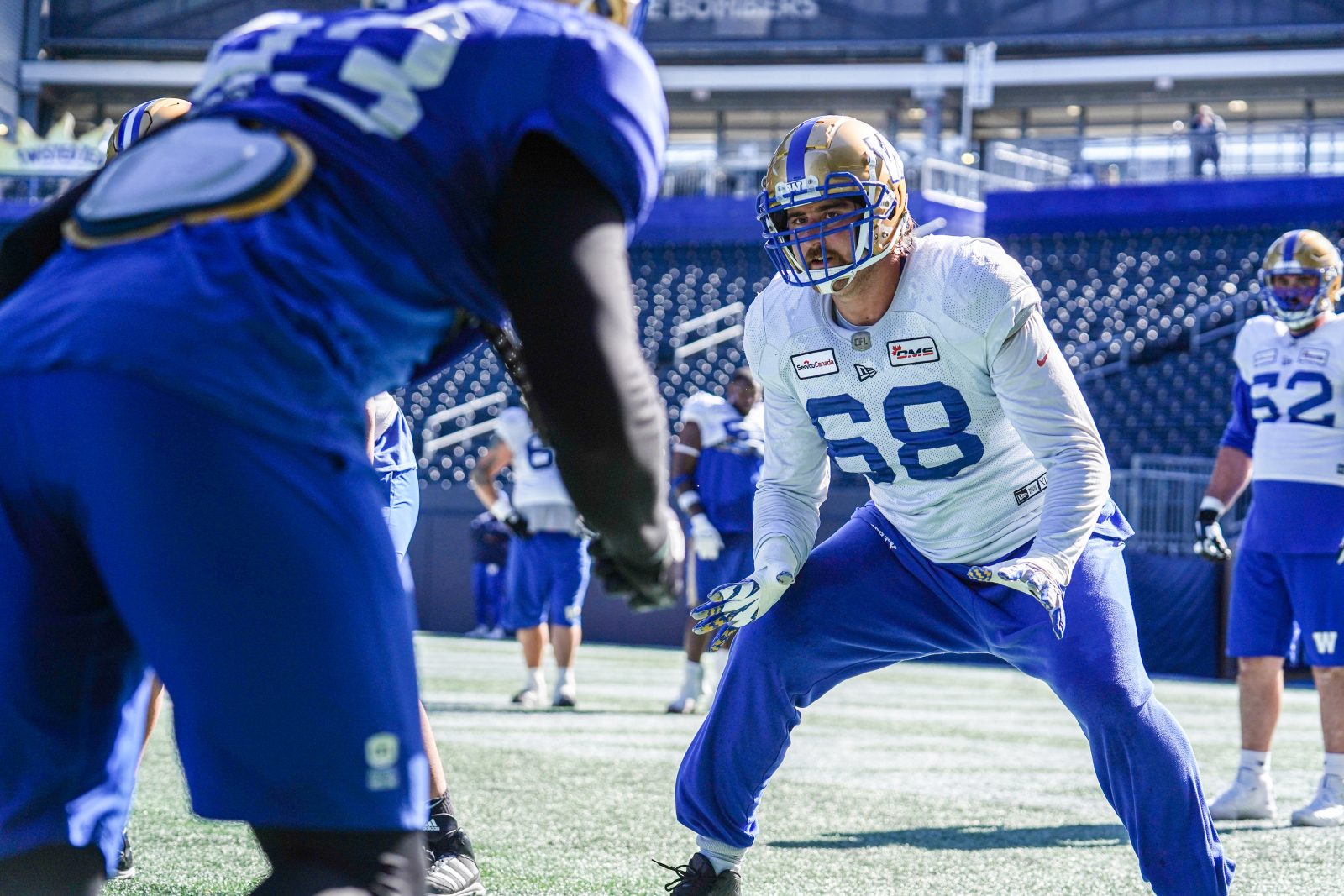 “It hits every time,” explained right guard Pat Neufeld, “and he’s always on point with whatever he cooks. The thing about Geoff is he is one of a kind. He’s uniquely himself. He has his likes and the things he doesn’t like, and he makes it known. He’s very principled, he’s a really smart guy and he’s really opened up. When he first got here, like anyone, he was a little shy and a little reserved. Now he’s himself and it’s great because he’s a funny dude and he cares a lot.”

Gray holds a Master’s degree from the U of M, is a former competitive powerlifter and – in what has become a bit of local folklore – concluded his NFL pro day workout a few years ago by hopping on a unicycle for a few twirls, much to the delight of the scouts in attendance.

“It’s the new thing in nuclear,” Gray explained. “You take a mini nuclear reactor and put it in a containment vessel in the ground. With the big ones you need to pump water through it to cool it. With these they are passively cooled, so you have steam that evaporates up into the containment vessel, condenses on the walls, then comes down and cools it into the ground.

“It’s supposed to be safer because if something happens to it, it can passively contain itself.”

However things turn out this week – whether he starts for Bryant at left tackle or returns to guard – Gray makes it clear his situation couldn’t be better right now. He’s starting for the two-time defending Grey Cup champions, walks across the street to do his contract work at his alma mater, and has found his place among his peers along the offensive line.

“They’re such a great group of guys,” he said. “Let’s face it, if you were writing a script, you couldn’t write it any better than how it’s gone. It’s always great to be at home.”

Cool piece from the Atlanta Falcons on Dee Alford’s road to the NFL, which included last season with the Blue Bombers.

CB Dee Alford has been chasing greatness from the start with a single goal in mind – to make it to the NFL. pic.twitter.com/l6xuLXBcY0

A DOZEN TO GO:

Rookie Dalton Schoen needs just 12 yards to hit the 1,000-yard mark in his first season with the Blue Bombers. His 988 yards currently leads the club and ranks fifth in the CFL behind Jaelon Acklin of Ottawa (1,081), Dominique Rhymes of B.C. (1,062), Montreal’s Eugene Lewis (1,006) and Malik Henry of Calgary (997), while his 10 receiving TDs are tied with Rhymes for the league lead.

“I think if you go back and listen to what I said, pretty well back to training camp we figured he was going to be a good player,” said head coach Mike O’Shea. “Now, do the numbers add up like this? You never know that stuff.

“But he certainly distinguished himself as a young guy who came in more pro-ready than other guys that you had over the years. It was just the way he worked, his understanding of the game, his desire to learn the nuances of the CFL. Obviously, it’s showing. He’s still working every single day to be better and now the numbers are adding up.”