Joe Poplawski to be inducted into Blue Bombers Ring of Honour 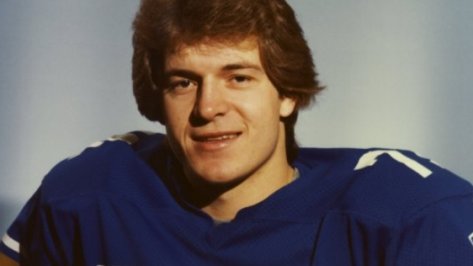 Joe Poplawski to be inducted into Blue Bombers Ring of Honour

WINNIPEG, MB., September xx, 2022 – The Winnipeg Blue Bombers are pleased to announce Joe Poplawski has been selected as the 14th inductee to the Ring of Honour at IG Field.

“This is pretty darn special,” said Poplawski. “What first comes to mind is all the great teammates I had over the years, and this is certainly a tribute to them as well. I also think about the potential future Ring of Honour inductees, too, and it will be a great honour being up on the ring with them.”

A gifted receiver who was acquired via trade with Edmonton in 1978, Poplawski played for the Blue Bombers from 1978-86, was named the Canadian Football League’s Most Outstanding Rookie in 1978, and was twice saluted as the CFL’s Most Outstanding Canadian (first in 1981 and then again in 1986). He was also a finalist for the same award in 1989, 1984 and 1985.

He still ranks third all-time in Blue Bombers history in receptions (549) and receiving yardage (8,341) behind only Milt Stegall and James Murphy.

“Joe Poplawski wasn’t just a great Blue Bomber, he has long been a great citizen of Winnipeg and an outstanding person,” said Blue Bombers President and CEO Wade Miller. “The Winnipeg Football Club is thrilled to add him to our Ring of Honour along with the other legends of the franchise.”

Poplawski’s name will be added to the Ring of Honour at halftime on Friday, October 28th when the Bombers close out the regular season against the B.C. Lions. He will join the 13 other inductees to the Ring of Honour in Chris Walby, Ken Ploen, Gerry James, Milt Stegall, Dieter Brock, Leo Lewis, Bud Grant, Herb Gray, Doug Brown, Jack Jacobs, Fritz Hanson, Bob Cameron and Bob Irving.