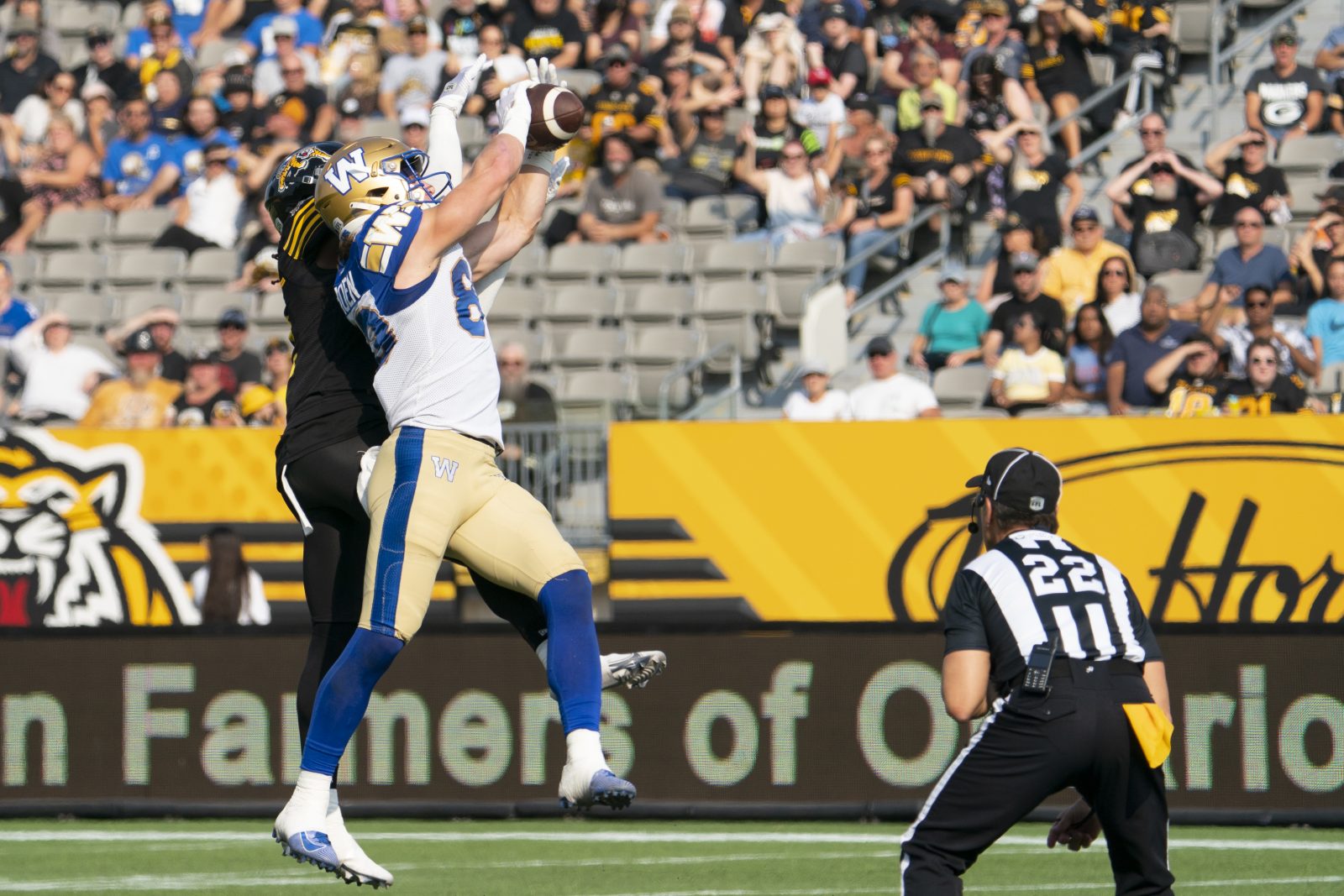 HAMILTON – It was so out of character and so unexpected it certainly left everyone who watched the Winnipeg Blue Bombers Saturday afternoon with one pressing question: Just who the heck were those guys wearing the blue and gold and white uniforms at Tim Hortons Field, anyways?

The Blue Bombers were mauled 48-31 by the Hamilton Tiger-Cats in front of 22,288 at the Canadian Football League’s annual Hall of Fame Game, bringing their three-game win streak to an abrupt end and dropping their overall record to 12-2. The Ticats, meanwhile, breathed some life back into their season with the win to improve to 4-9.

“Coach O’Shea said, ‘Keep your head up. It’s only one game.’ Hamilton got the best of us today,” began Blue Bombers cornerback Winston Rose. “I’ve got to tip my hat to them. But we also know we can’t let this happen because it’s going down to the stretch right now to playoffs where it’s win or go home. So, if it was playoffs today, we’re going home. Luckily, it’s not. So, we can learn from this and just keep pushing.”

Winnipeg’s first road loss this season after seven wins was disturbing on a few key levels. Hamilton QB Dane Evans lit up the defence, completing 25 of 32 passes for 327 yards and a whopping five touchdowns as the Ticats scored three touchdowns and added two field goals on their first five possessions of the game.

Overall, Hamilton’s attack amassed 409 yards of net offence and aside from their last possession of both halves – both clock killers – scored points on seven touches. 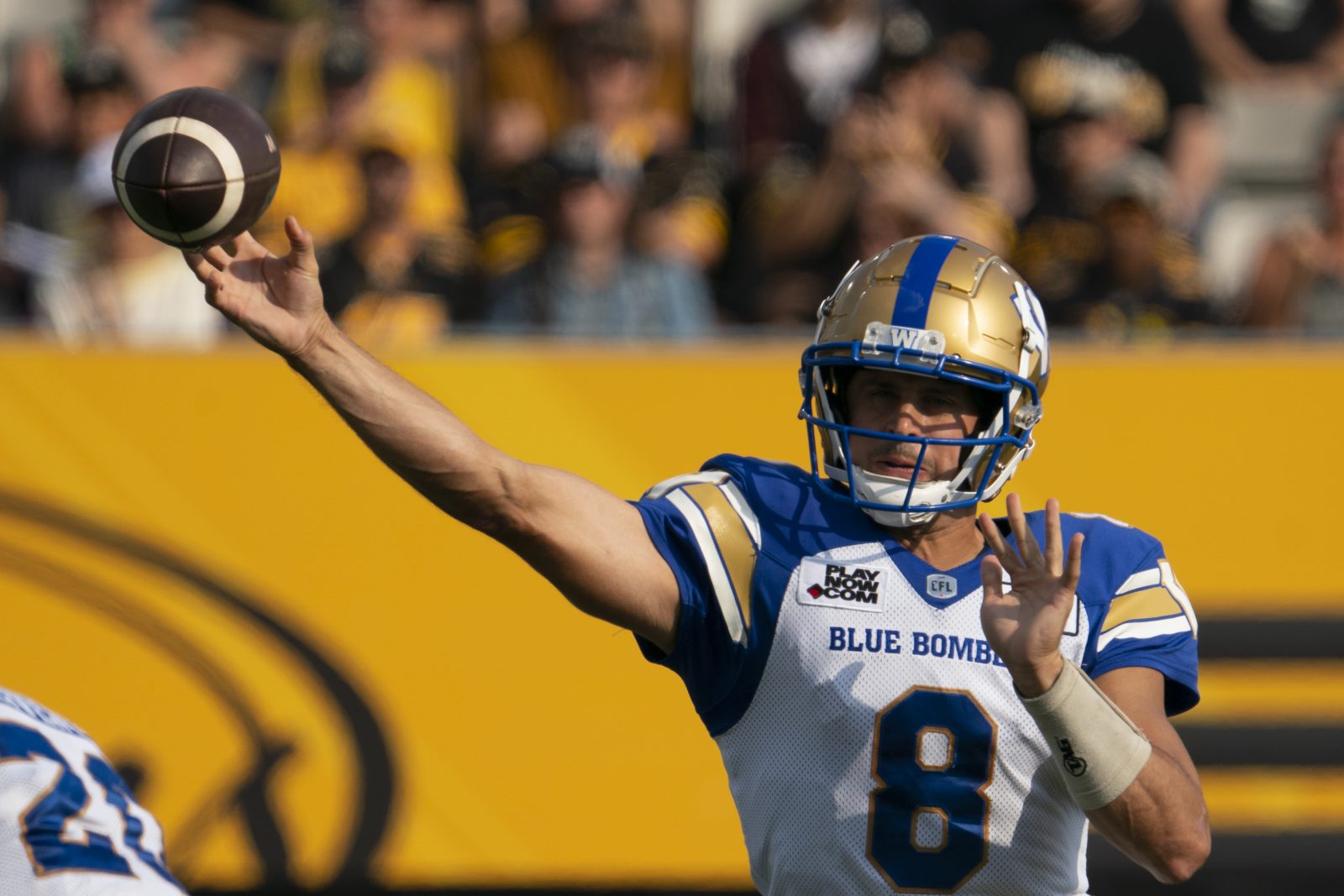 On the other side of the ball, while the Blue Bombers offence cranked out 445 net yards and got two Zach Collaros TD strikes – one to Nic Demski, the other to Rasheed Bailey – they were also guilty of three turnovers in two interceptions and a fumble-recovery score by Malike Carney after he brought down Collaros.

“We’ve got to play two good halves of football,” Collaros said. “Offensively I thought we moved the ball fairly well throughout the game, but the fumble was a huge momentum swing, and you can’t do that. Obviously, if you lose the turnover battle, you’re going to lose the game.

“It’s one game. They’re a good football team. We need to use this bye to get better, stay in shape – get in shape if you’re not in shape – and get ready for the stretch run.”

The bye week reference opens a pertinent discussion, as much as the Blue Bombers will stiff-arm the topic to the ground – both losses this season have come just before the club headed into a break.

“I don’t think there’s anything to it,” said Collaros. “Both times we lost (the other team) had great gameplans, they played physical, they played well, and the better team won.”

Winnipeg had managed to cut Hamilton’s lead to 10 points at 41-31 early in the fourth quarter but, as had been the case all day, the Evans-led Ticat offence then rolled over the Blue Bombers when the club needed the ball back. 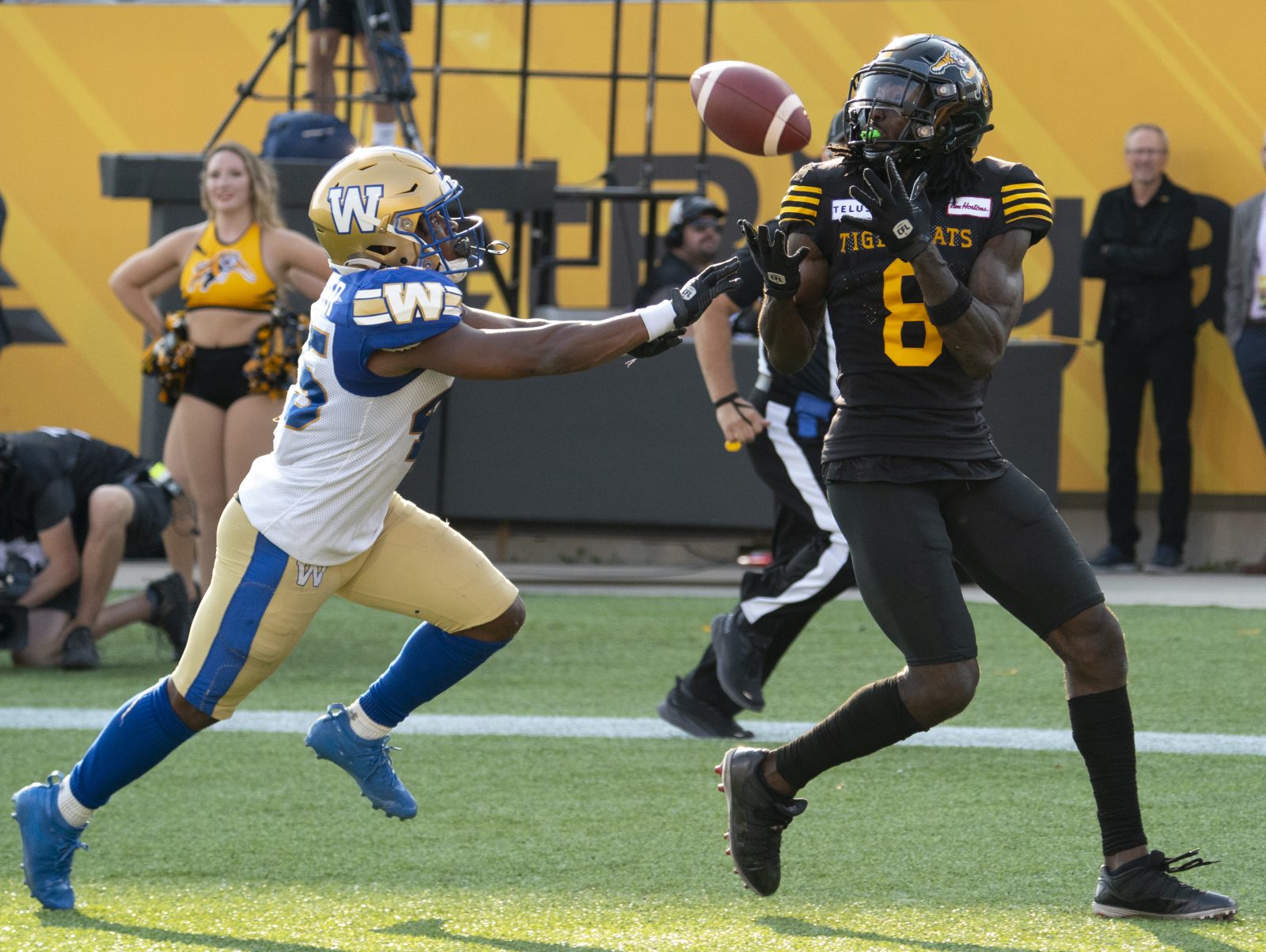 “They had 14 points off takeaways, and I don’t think we started as fast as we needed to – we didn’t really match them in the first half,” said head coach Mike O’Shea. “I liked our fourth quarter. We just needed one more stop. They put together a really long drive in the fourth after we scored twice, which is too bad. I thought we just missed a couple tackles on that drive that could have put them in a second-and-long situation and might have changed it.

“We went 0-1 this week. They put it on us. How we lose is not indicative of the team we’ve been for quite some time. I take it as an anomaly. We’ll look at the film and come back from the break better.”

Winnipeg will return to play host to the Saskatchewan Roughriders on September 30th and has three games following that – a home date with the Edmonton Elks and then a home-and-home with the B.C. Lions.

“The message is there’s a lot more football ahead,” said linebacker Adam Bighill. “It’s the bye week. Get your mind and body right and come back ready to work. We’re in the final stretch here where we’re trying to set up playoffs and make a run. It has to level up here week in, week out as we get towards playoffs. It just has to. I mean, that’s the natural evolution no matter what position you are – if you’re last in the league, first in the league you have to keep pushing and get bette as you get into November here.

“That’s the message: keep pushing, keep getting better, keep levelling up and we’re going to take care of business when it comes.” 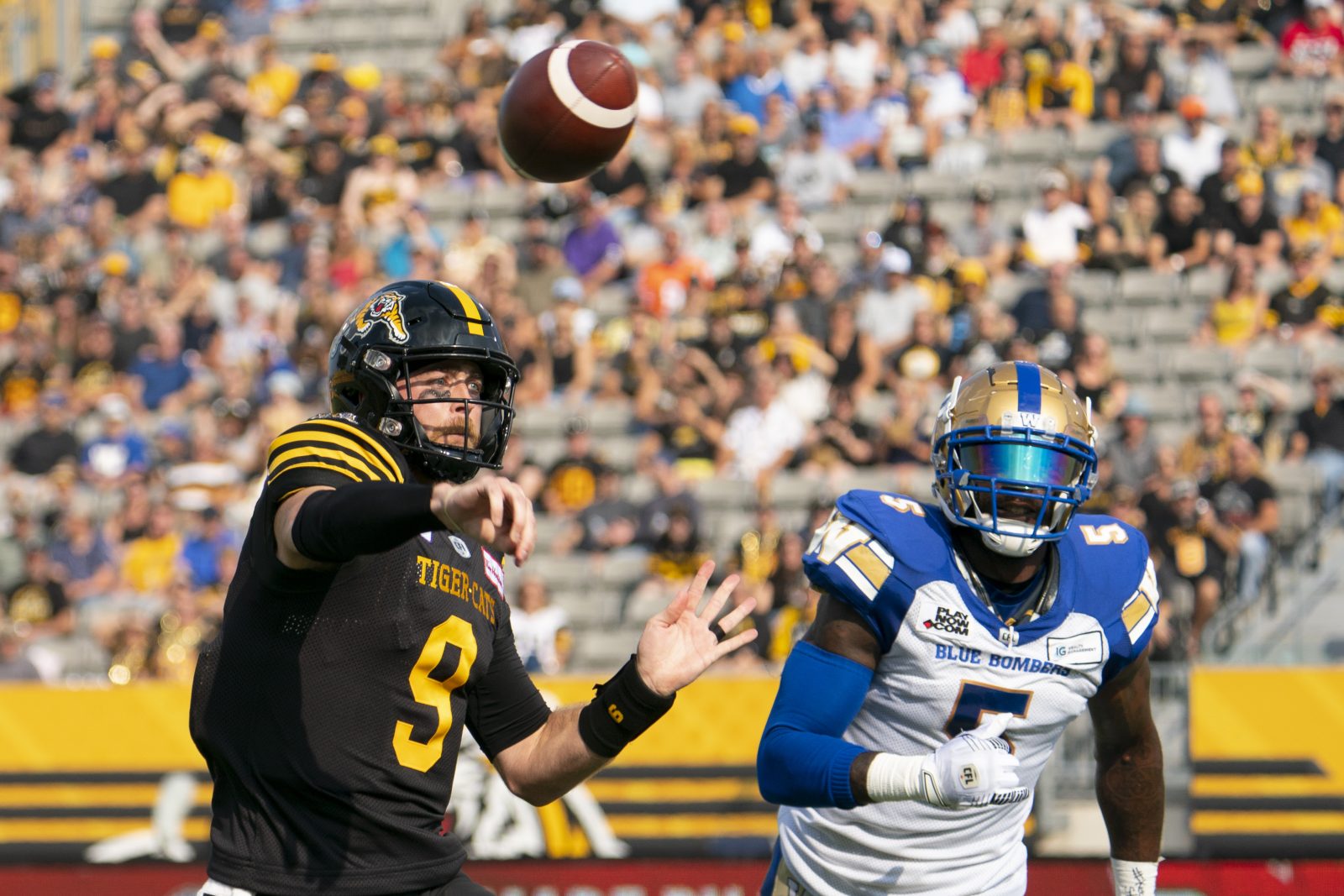 The Blue Bombers had cut the Ticat advantage to 41-31 with nine minutes remaining on a Collaros to Rasheed Bailey TD to suddenly add some drama to a game that had seemed to be out of reach at the intermission.

The Ticats then put together a 14-play scoring drive covering 90 yards that also took 7:20 off the clock, capping the possession with a six-yard David Ungerer that put the home side ahead 48-31.

Offence: Dalton Schoen, Rec: Led all receivers with 158 yards on six receptions. It was his highest receiving yardage total of his rookie CFL season, and he now has 53 receptions for 988 yards and 10 TDs.

Defence: Shayne Gauthier, LB: Not a lot of candidates on a day like this, but the veteran linebacker finished with six tackles and another on special teams.

Special teams: Marc Liegghio, K: Hit all three of his field goal attempts and had a 45-yard average on two punts.

The Ticats are 2-0 coming off a bye this year and now 6-1 after a bye week under Orlondo Steinauer… Jackson Jeffcoat left the game with an injury and did not return, with Casey Sayles moving out to end for snaps and Ricky Walker’s workload increasing inside.

NEXT: The Blue Bombers now head into their second of three bye weeks and return to action on Friday, September 30th at 7 p.m.