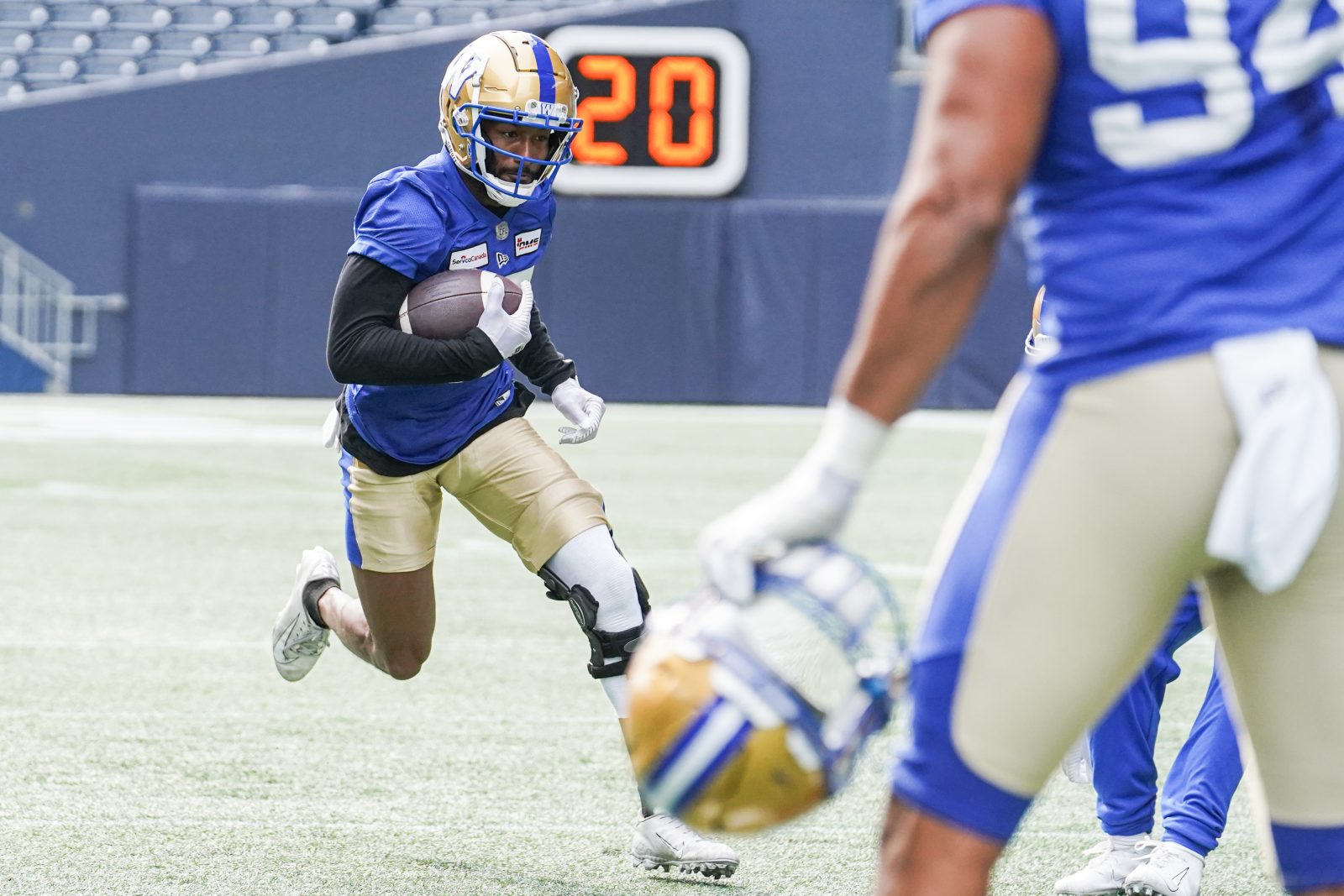 HAMILTON – Brandon Alexander stepped in front of a group of reporters all decked out in a shirt-tie-vest combo – smartly topped with a Winnipeg Blue Bombers bucket hat – that had him looking like he had just finished shooting a GQ magazine cover.

So, let the record officially show now that the Canadian Football League’s all-star safety is back. And he’s all business.

“For sure… definitely a business trip,” said Alexander with a grin upon arrival to the team’s hotel in Steeltown. “I just wanted to come out here and show that I’m here, I’m with my guys, I’m with my teammates and I’m appreciative just to be around them.”

Alexander’s return Saturday against the Hamilton Tiger-Cats will represent so many things for the Blue Bombers. First, there is his own sense of accomplishment in coming back from knee surgery after being hurt in the club’s Grey Cup win here last December.

His presence in the locker room as a leader remained vibrant even as he recovered, but his return to the field and the defensive huddle will be massive, too.

“It’s probably hard to describe and I don’t know that one word would do it,” said Blue Bombers head coach Mike O’Shea of what Alexander’s return will mean to the group. “He’s a tremendous leader, he’s very, very smart and he’s a hard-nosed, tough player.

“It will be a joyous moment for the vets when he makes his first play. It will be pretty important to them.”

Alexander was eased back to the practice field by Head Athletic Therapist Al Couture and this week he began flashing the skills of a player who is so important to the defence.

Asked if there was a mental barrier he had to overcome upon returning to work, Alexander was succinct.

“To be real, when I first stepped on that football field, I felt like I was good to go,” he said. “I put in a lot of time and a lot of work into my rehabbing to be able to get back so that when I did step back, I felt like it was time. Obviously my first day was a little bit different than my second day. My second day of practice I felt like I got back to a little bit more of a form of myself. I had a good week of practice this week and I feel like me.

“I’m excited. I might have a little bit of nerves, but I don’t think too much about it – it’s still the game I know how to play. I’m ready to be able to lay it on the line for my guys again and that’s what it’s all about.” 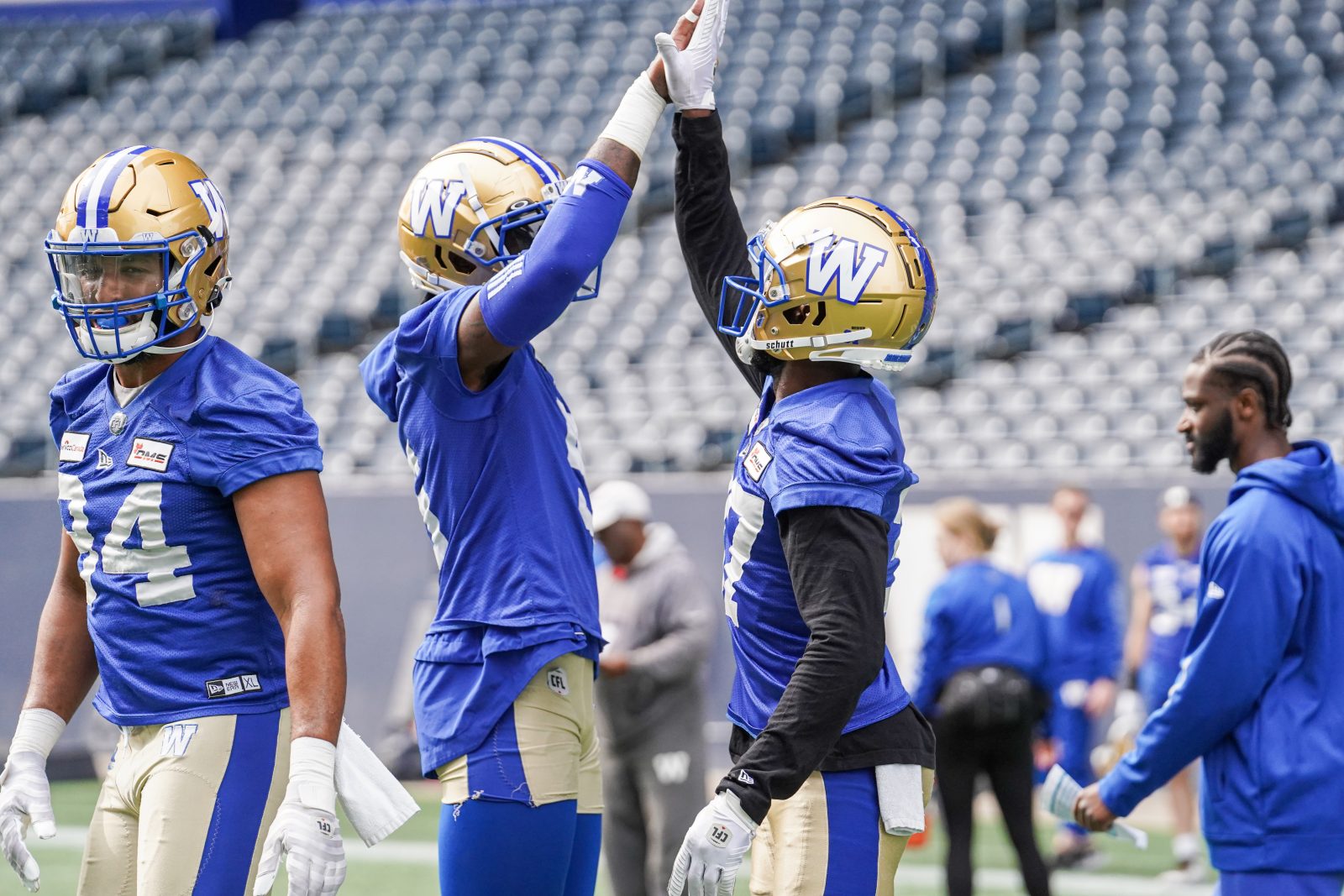 1. WELCOME IN, WELCOME BACK

The return of Alexander provides a veteran voice in the secondary at a time when they also lose one in Nick Taylor, who injured his Achilles in last week’s win over Saskatchewan.

Both Nick Hallett and Malcolm Thompson were excellent through the first 13 games of the season in replacing Alexander, but when the all-star safety returns to form the Blue Bombers secondary gets not only a savvy addition, but an intimidating force. That will be important against the Ticats, but also through the next 2 ½ months as the defensive backfield – already without Demerio Houston – will now be missing two starters.

“We’re going through a rollercoaster right now, but the way that we practise and train our guys the next guy will always be ready here,” said halfback Deatrick Nichols. “That’s one big thing about being here. Of course, (losing Taylor) is heartbreaking for him, but we’ll keep cheering him on and keep playing.

“Emotions are part of it. We’re with each other 50 percent of every day. It’s bad that it happened like that, but we’ll continue playing, fill that place for him and continue to win.”

Rookie Evan Holm will step in for Taylor in Hamilton and he’ll be lining up beside another rookie in Jamal Parker. And you can bet Ticats QB Dane Evans will test that side of the air defence.

“It’s always like that, whether it’s vets, whether it’s young guys – it’s trial by fire, right?” said Blue Bombers defensive backs coach Jordan Younger earlier this week. “That’s probably the best part of it – you go into a game, and you know you’re going to have an opportunity to make plays. Some guys, that will make them nervous and afraid and some guys they’ll rise to the occasion.

“We’ve got the guys that are cut from the cloth where they’re looking forward to their opportunity to make plays.” 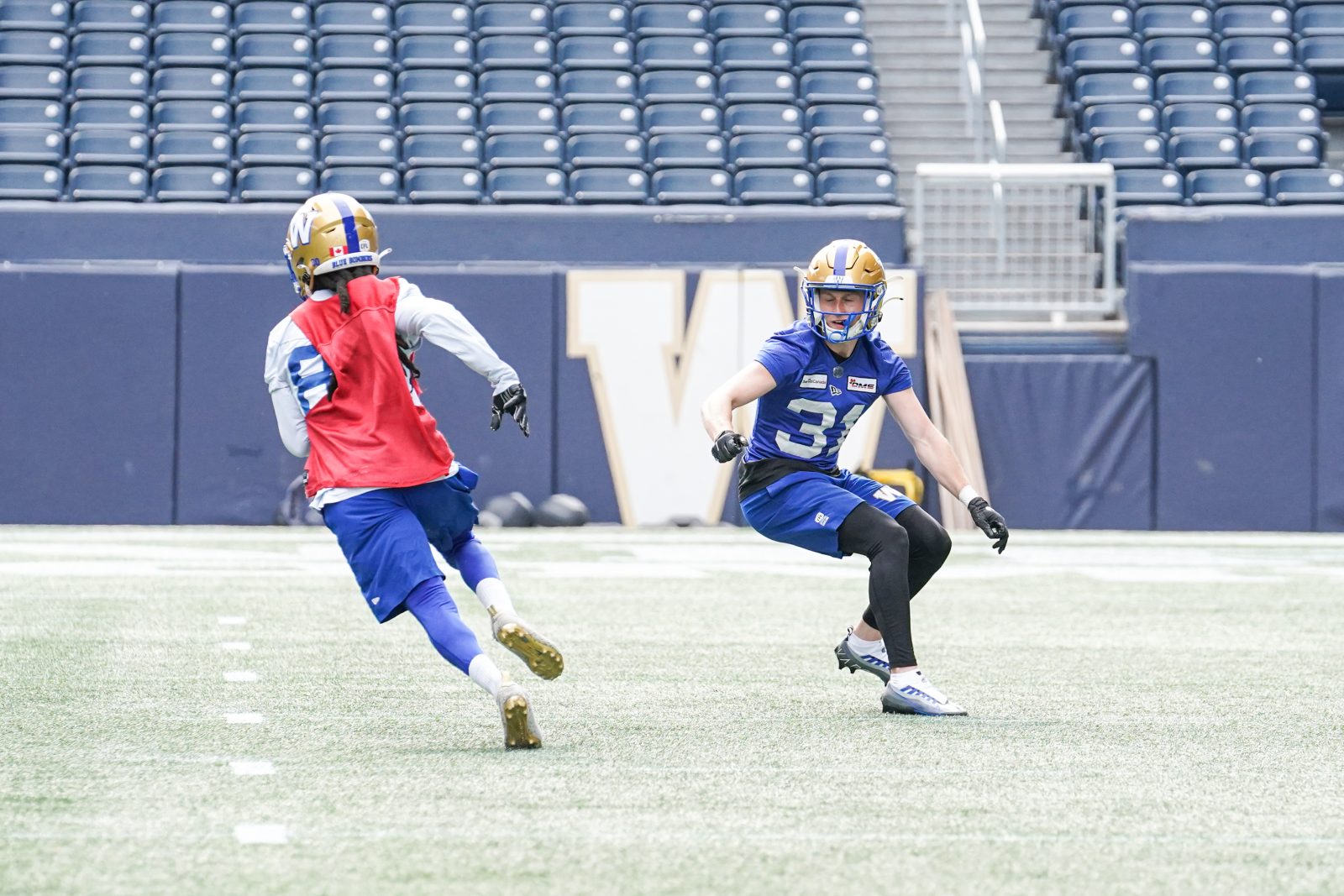 Building on a theme that keeps adding layers as the wins pile up in Bomberland… where does Zach Collaros already rank in the pantheon of Winnipeg quarterbacks, given what he’s already accomplished?

Consider this: since his arrival at the trade deadline in October of 2019, the Blue Bombers have gone a remarkable 29-3 in games he has started – 29-2 in which he has started and finished after leaving a loss at the end of 2021 where it was decided to rest some starters and reduce the playing time of others before the playoffs.

He threw for four touchdowns last week, giving him a career-best 26 this season – surpassing his 2015 total of 25 while he was with the Ticats. As well, his 3,236 yards passing this year is just 141 shy of another career best. Yet, Collaros will be the last man on the planet to thump is chest about all this.

The objective this week here in Hamilton will be to try and build on last week’s Banjo Bowl performance that saw the offence score seven touchdowns and add two field goals – while punting just once – in 10 possessions.

“It’s nice when you’re in a rhythm like that because that’s how the offence is supposed to be played,” said receiver Dalton Schoen. “The run game, pass game all feeding off each other and just building that rhythm. We had long drives early and that helps sometimes to get that rhythm going because it’s hard in this league if you go two-and-out and then you are going, ‘Well, that was quick’ and you haven’t really had or seen that many plays to learn from.”

Critical in Winnipeg’s cranking out 32 first downs were averaging 6.9 yards on first down which, in turn, led to the offence converting 80 percent (20 of 25) of their second-down opportunities.

“We executed the play calls at a pretty high level and that’s where it all starts and ends,” said Collaros of last week’s offensive effort. “It’s going to be a physical football game; we’ve got to execute the play calls and be efficient on first down. I thought we did a good job of that last week and if that continues, we should be able to convert on second down and hopefully score some points.”

This might have looked like a sexy matchup when the CFL’s 2022 schedule was first released, what with the Blue Bombers returning to Hamilton – the site of last year’s Grey Cup – to face a Tiger-Cats squad they have conquered in the last two championship games.

Yet, O’Shea & Co. simply have too much respect for Orlondo Steinauer and his crew to take the Ticats lightly.

“You guys can write whatever you want about the records. Our guys don’t look at it that way. And neither do theirs.”