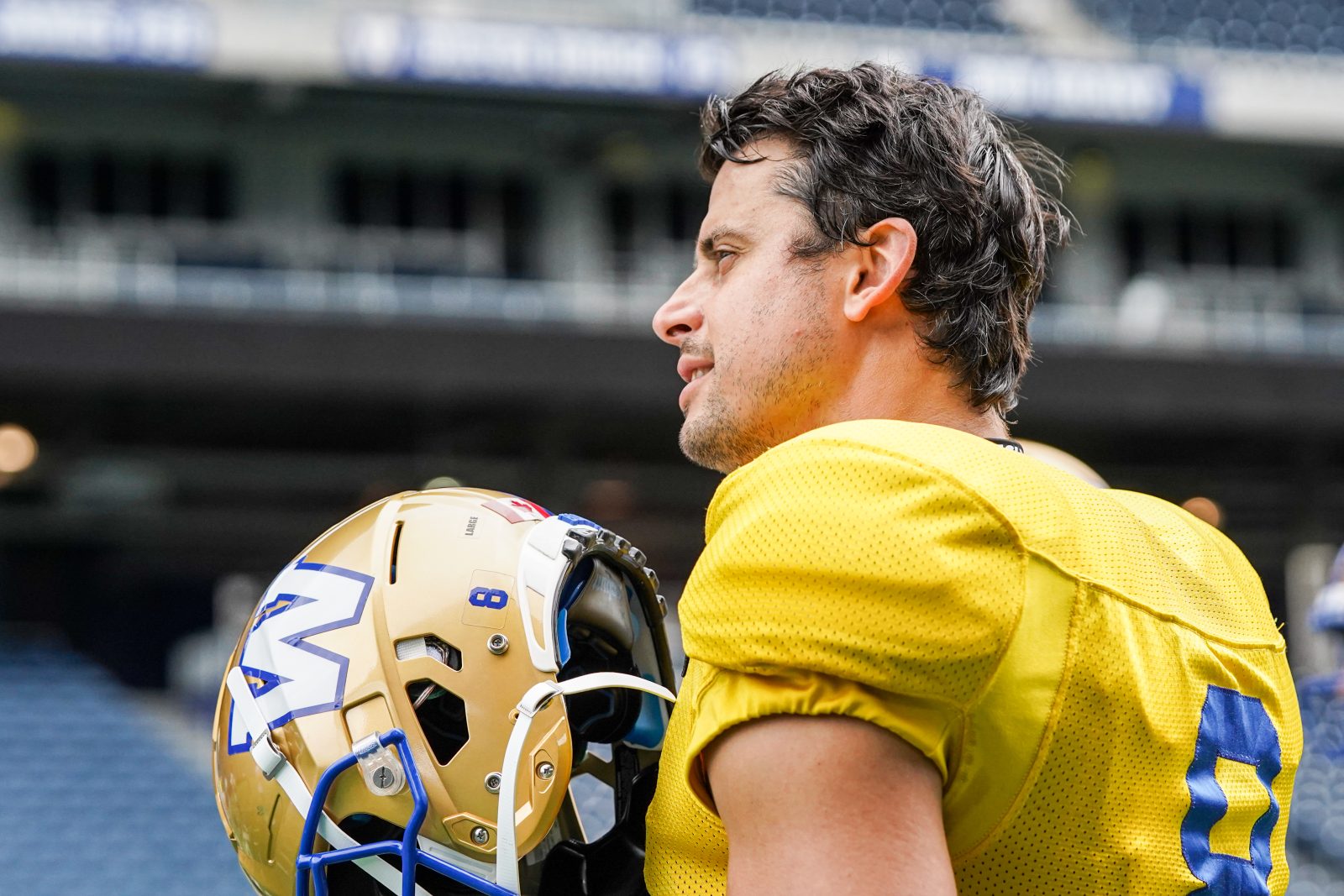 It wasn’t one particular moment, but a series of them. And they are now almost a decade in the rearview mirror.

Rewind to the summer of 2013 and even back then Mike O’Shea and the rest of the staff of the Toronto Argonauts knew there was something special about Zach Collaros – that almost mythical ‘IT’ factor every franchise covets in a quarterback.

The Argos – with Scott Milanovich as the head coach and O’Shea as the special teams coordinator – had a quarterback room that featured hall of famer Ricky Ray and two young bucks in Collaros and Trevor Harris – now QB1 in Montreal.

And as O’Shea recalls, when Ray was felled by an injury, the starting chores were handed to Collaros, then a 24-year-old with all of eight games and 21 completions on his Canadian Football League resumé. In his first start – in Vancouver against the B.C. Lions – Collaros was 21-of-25 for 253 yards and three touchdowns in a performance we’ve seen repeated many times in the days since, and especially here in Winnipeg with the Blue Bombers.

“We had an extended road trip out west that year and there were a couple plays he made that were Flutie-esque – great vision, great escapability, fiery competitiveness as a young guy and wasn’t afraid to show it,” said O’Shea after Tuesday’s closed-to-the-media practice. “Everybody figured (he had ‘it’) and Scott Milanovich definitely knew.” 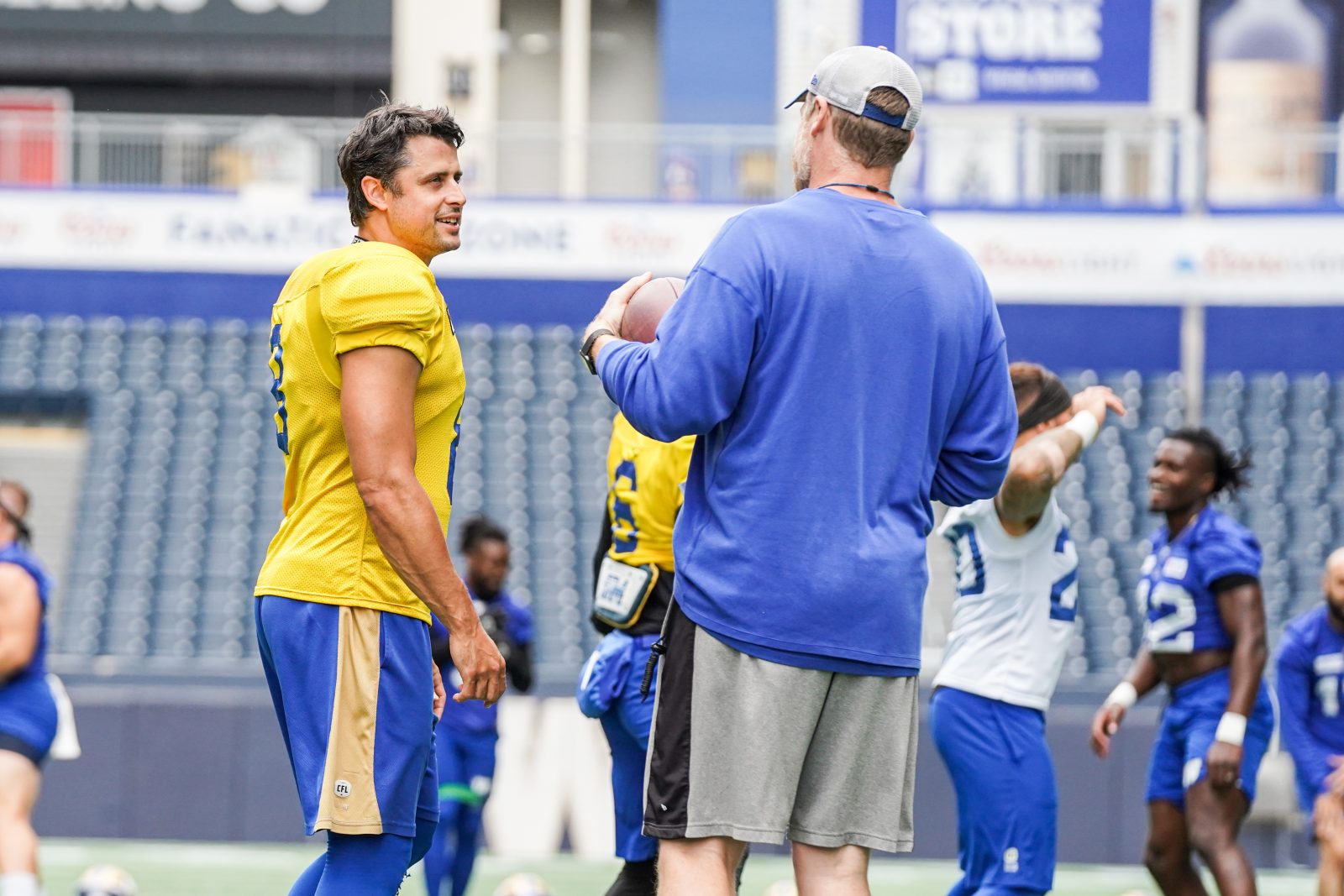 We bring this up today following another week in which Collaros – the CFL’s reigning Most Outstanding Player – was named one of the Top Performers for his work in last Saturday’s victory over the Calgary Stampeders.

Some numbers/facts here that simply need to be repeated just to reinforce how dominant the Collaros run has been here in Winnipeg, even as all the wins and accolades pile up so frequently we almost become numb to it all: 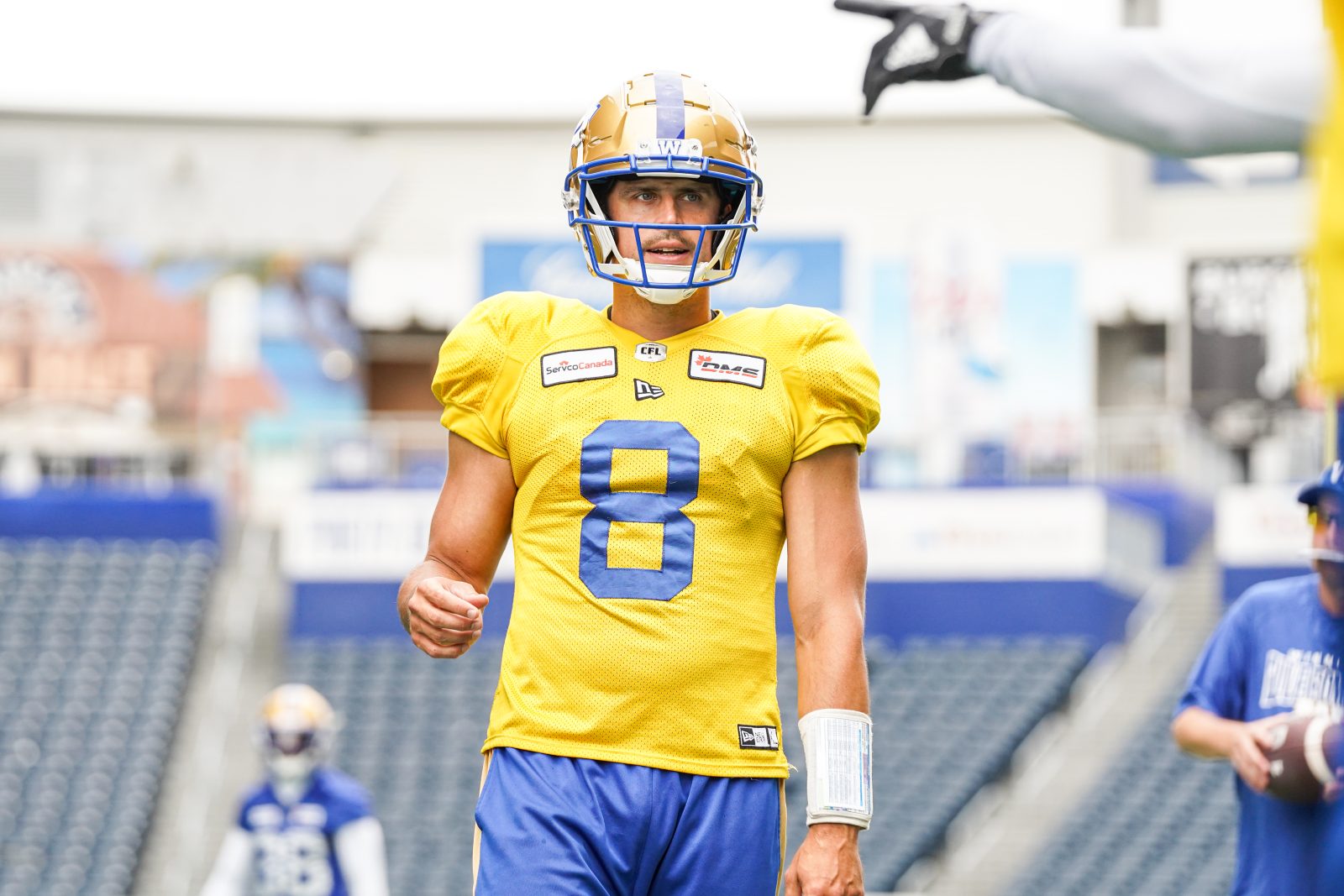 “Zach brings confidence to the offence,” said veteran defensive end Willie Jefferson when asked to speak of the Collaros leadership from his side of the locker room. “To the team, he’s another piece of insurance with him being a vet, him knowing what he needs to do to be better and how he handles his group, the younger quarterbacks, and how he speaks to his offence and how he gets along with his receivers and how they all gel together.

“On that side of the ball you can see they’re all together and they don’t argue when times get tough and we need for them to go out there and make plays he’s not rattled, he’s not scared. He’s confident.”

The Blue Bombers QB, of course, would be the last to thump his own chest. But, again, that’s part of why he has been such a perfect fit on a team stacked with veteran leaders and led by a head coach with many of the same characteristics. O’Shea was asked Tuesday if there has been any one thing that has stood out to him about Collaros since his arrival at the trade deadline in 2019.

“I don’t know that you can point to one thing,” he said. “I never thought of it as one particular item.

“What you get from Zach every day in totality is exactly what you need, and it’s awesome. He’s a terrific leader, he’s a fierce competitor. He is just the type of guy that you really enjoy being around. That’s not even talking about all the stuff he does on the field. He works really, really hard. He’s really good and he’s just a great dude. It’s fun to be around him. Fun to watch him work.”

Bet Regal has the Blue Bombers are 5.5-point road favourites for Thursday night in Montreal:

The over/under is set at 47 points: