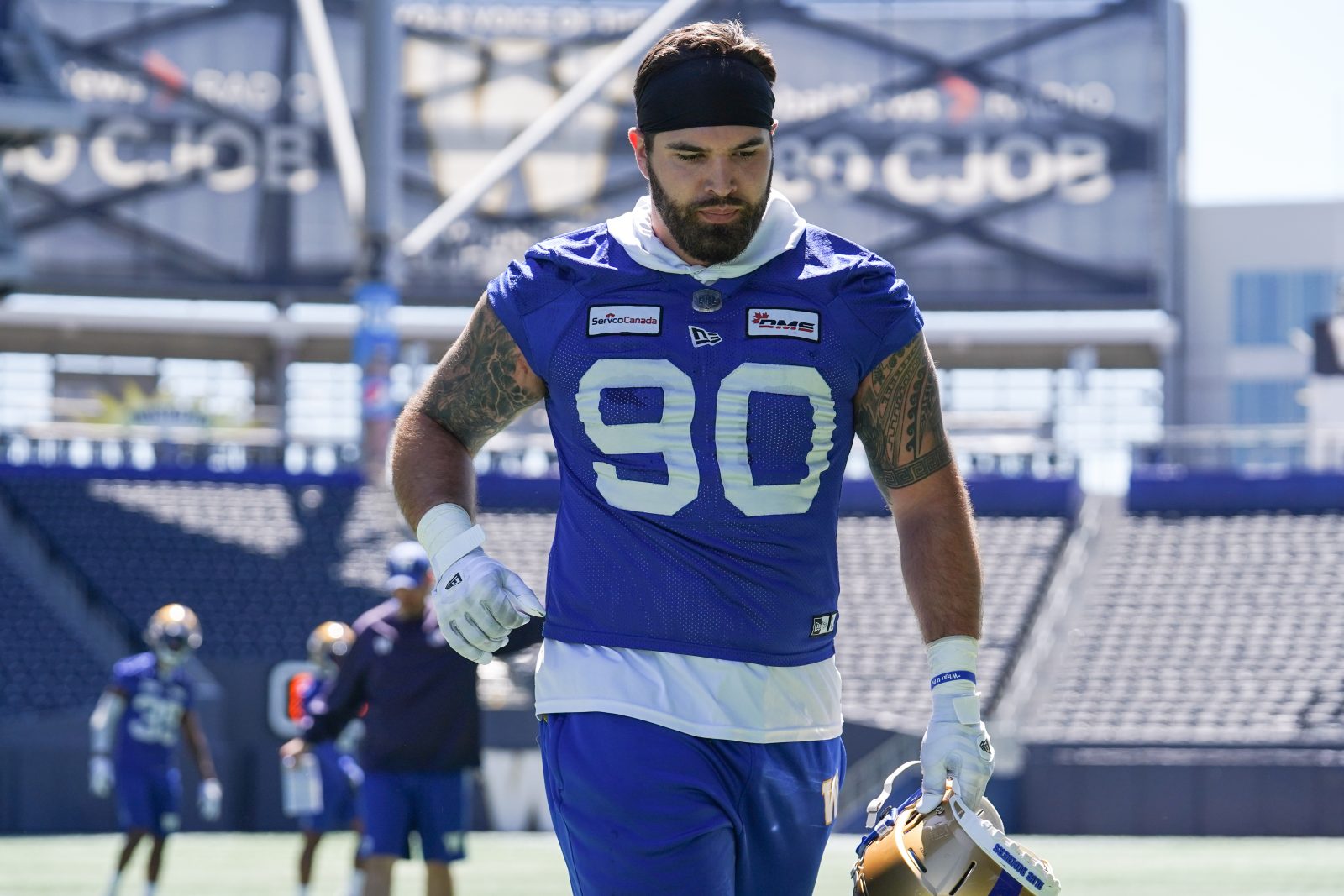 Casey Sayles won’t complicate things. There’s no easy way to explain his gig other than to say there is an appeal he finds in the repetition of punching the clock every day along the interior of the Winnipeg Blue Bombers defensive line.

He brings his proverbial hard hat and lunch pail every day, and then is all-in on the routine of it all and how the days can blur together. Part of that comes from who he is and how he is built, both mentally and physically.

And there’s also this: a man learns to appreciate the grind when he is part of two teams in two leagues that pull the pin before their seasons were even finished – the Birmingham Iron of the Alliance of American Football and the St. Louis Battlehawks of the XFL – and after two stints with the Pittsburgh Steelers, all before landing a home here with the Blue Bombers.

“Over the last five years, since 2017, I’ve bounced around a lot in different leagues,” he said the other day in a chat with bluebombers.com. “The only other time I was on a team for a second time was with the Steelers and, unfortunately, I got released after that.

“Playing here last year and seeing how good a group and organization it is was amazing. Coming back and getting even closer with the guys on the D-line and the team in general has been phenomenal. It’s been good to just be in one city and have that be steady.” 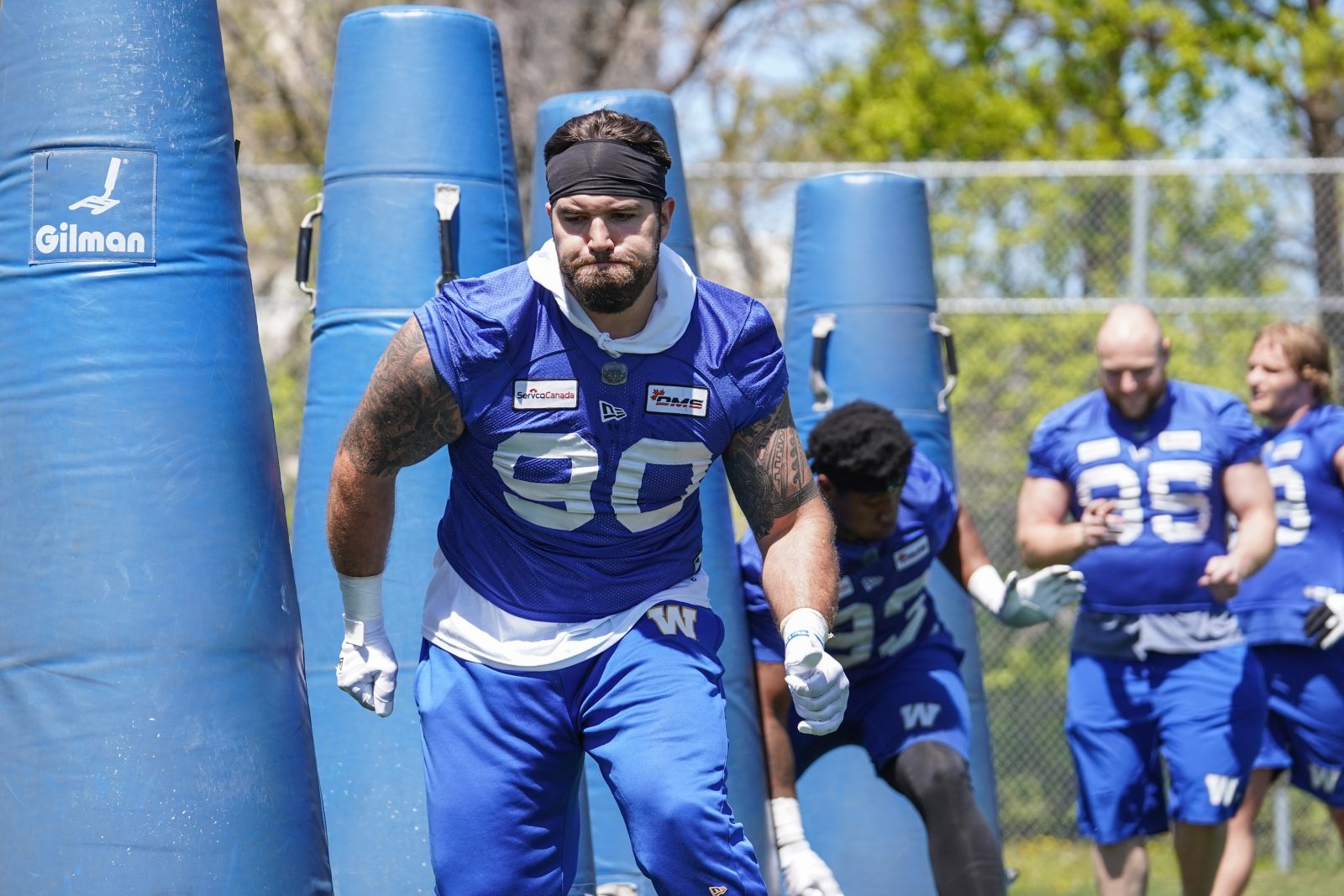 ‘Steady’ is a good word here, because the 26-year-old Omaha, NE product has been every bit of that since signing with the Blue Bombers last season.

He dressed for every game a year ago, making eight starts alongside Jake Thomas in a rotation that included Steven Richardson and finished third on the team with five sacks.

And through seven games this year, he is tied with Willie Jefferson for the team-lead in sacks with three. All of which elicited a simple shrug from Sayles.

“I try not to pay too much attention to stats,” he said. “We’re not too worried about that. The better we do as a team, the more they’ll come. We’re just kind of going with the flow right now and keeping our heads low. We just come in and get grinding every day.”

Sayles played his college ball with the Ohio Bobcats, where he was a teammate of Maleek Irons – now with the Edmonton Elks. In fact, Sayles found himself cheering for the Hamilton Tiger-Cats in the 2019 Grey Cup, as Irons was then a member of the Ticats.

“Obviously I didn’t know I’d be here in ’21 when I was cheering for them,” Sayles said with a grin. “But I was getting familiar with the teams up here and some of the guys from Ohio started coming up here and I started paying more and more attention to the CFL. When I got the call from here, I was more than honoured to get the opportunity.” 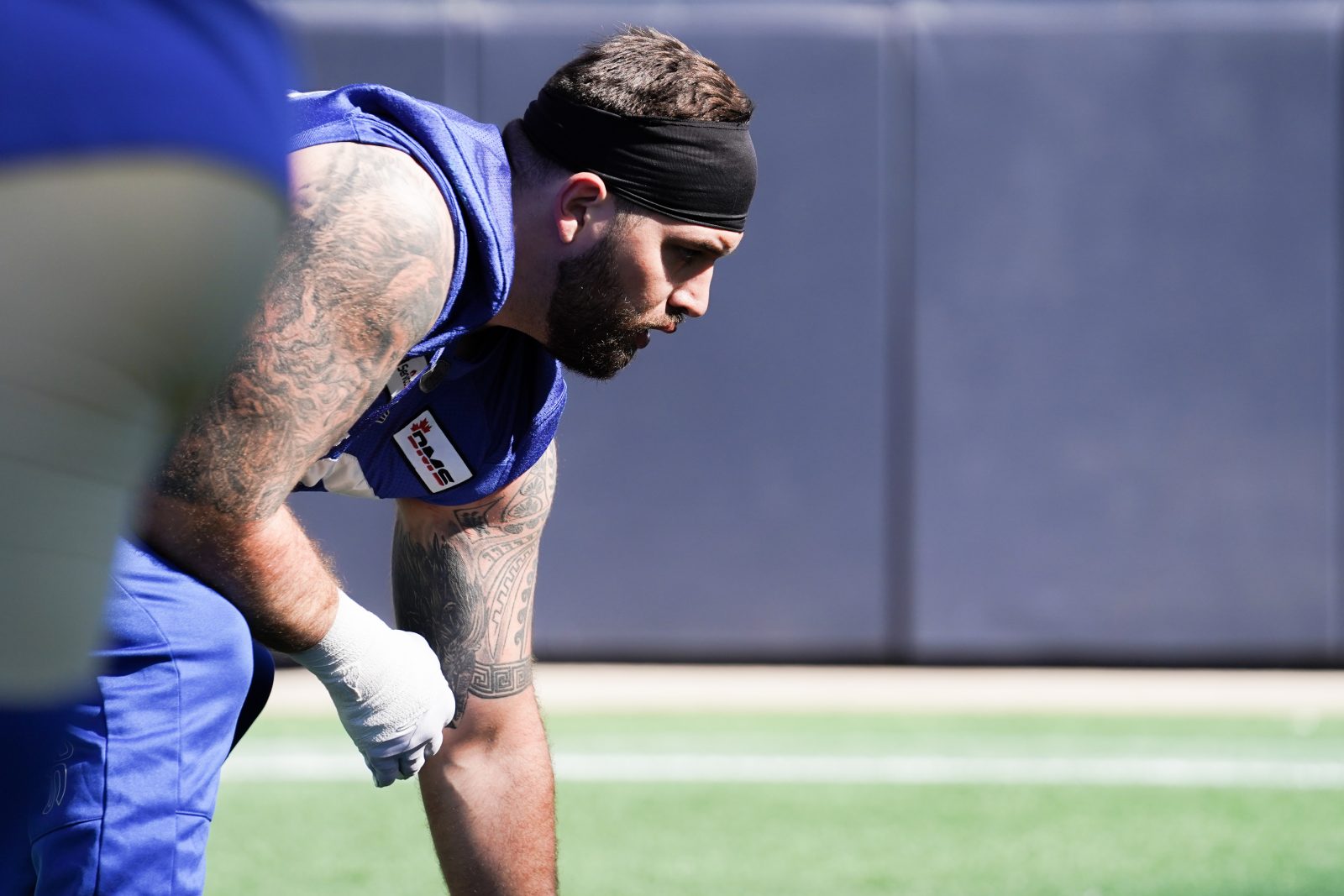 Blue Bombers defensive coordinator Richie Hall tipped his hat to Sayles’ worth ethic and spoke of his growth coming with more experience up front in what he sees on a weekly basis from opposition offences. And Coach O’Shea – who has always had a soft spot for the grinders on his team – just appreciates the how Sayles is there day in, day out all week long.

“He’s had a lot of different experience and played a lot of football before he got to us. He’s a pro,” O’Shea said. “You look at just his combination of physical size and quickness… he’s a helluva player. He’s very workmanlike and just goes about his business. A lot of those guys on the interior of the defensive line don’t get a lot of publicity… which is probably the way they like it.”

Again, for Sayles it comes back to both appreciating the grind and having a place to do it every day.

“When I was in the NFL, I found out how unstable it is from team to team,” said Sayles. “There’s 500 guys going in and out of the league every year. I’ve been on the same team for more than one year now and the stability of that is important. My wife is able to come up here often – she’s from Regina and has relatives everywhere – so that’s been good.

“I just come in and work every day. That’s what the best do every day. A guy like Tom Brady, if he has a bad day he still comes in and does what he does every day.

“It’s about working on the details, the little things. That’s the first thing I noticed right away in my first year in the NFL – how the older guys were always doing all the things necessary. I see that here, too, with the vets. I’ve learned to appreciate that and grown to like the process.”

Bet Regal has the Blue Bombers are 1.5-point road favourites for Saturday night in Calgary:

OUCH REPORT: The Blue Bombers were again without receivers Greg Ellingson and Nic Demski at Thursday’s practice, but did have guard Pat Neufeld and tackle Stanley Bryant back along the offensive line. Also returning to work was LB Jesse Briggs.

The club’s depth chart for Saturday’s game in Calgary against the Stampeders will be released Friday morning.