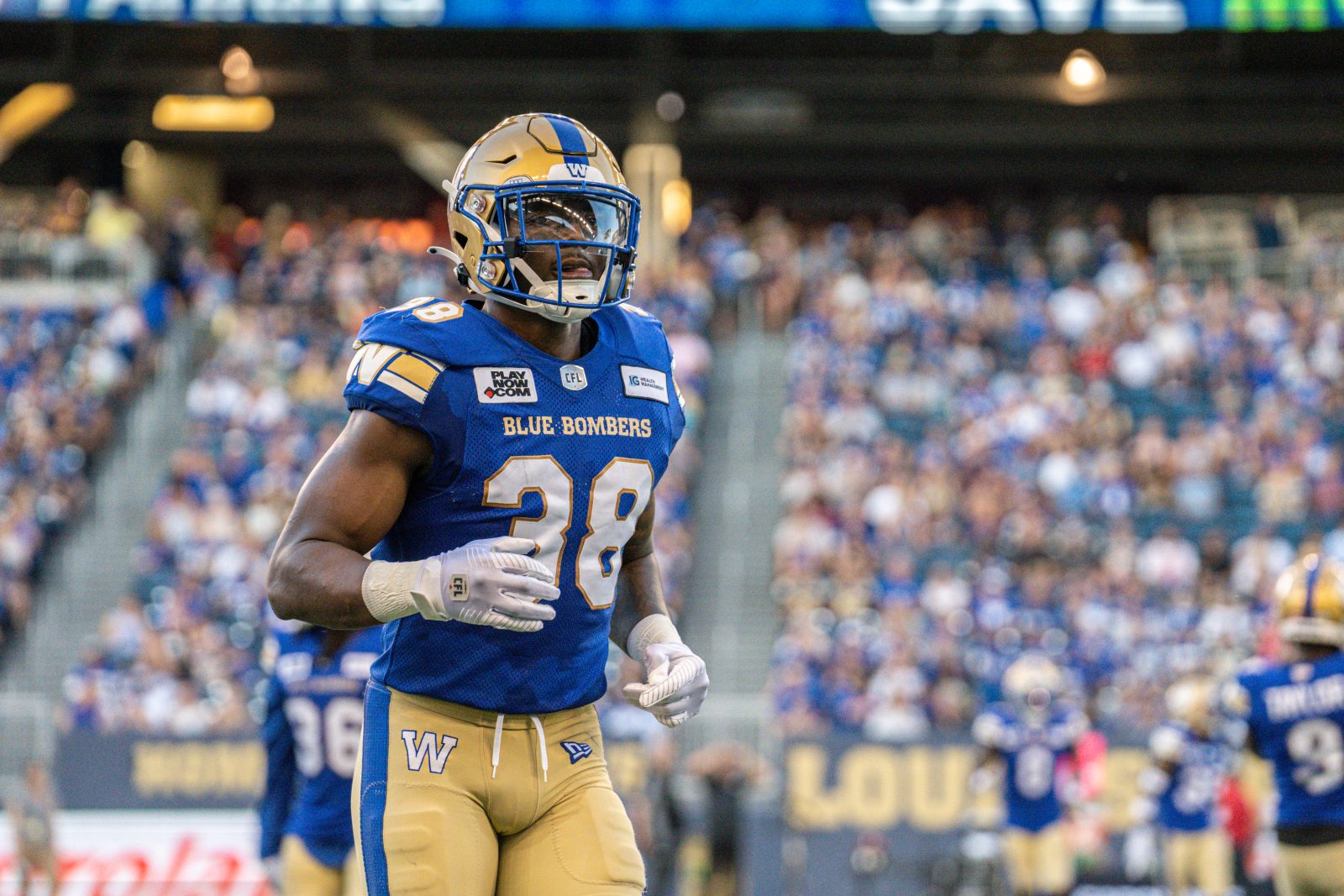 He is one of the new faces in the Canadian Football League’s stingiest defence and so that alone cranks up the magnification on his game significantly.

And Donald Rutledge, Jr. is completely cool with all of that – the pressures, the stresses and the expectations – because after a couple of years of playing a football nomad, the 25-year-old dime back has found a home with the Winnipeg Blue Bombers. Not only that, he is playing a significant role with the ‘Dark Side’ defence on a team that is a perfect 6-0 through the first third of the season.

“It just feels great to just know that what you’re doing – watching film, your preparation – is being put to use and you play a critical role in your team’s success,” said Rutledge, Jr. in a chat with bluebombers.com after Wednesday’s closed-to-the-media practice. “That’s a great feeling. It gives you an edge but it also makes you want to make sure you’re on your Ps and Qs at all times because you’ve got your brothers depending on you and all of Bomber Nation watching you.

Bet Regal has the Blue Bombers are 7.5-point road favourites for Friday night in Edmonton.

“I can’t tell you how great it is to be a part of this collection of guys. Just being out there with them, seeing Willie (Jefferson), seeing Jackson (Jeffcoat), seeing Biggie (Adam Bighill) – all the guys I’m playing with – it’s just a great feeling. It makes you want to up your game when you see them making plays. It’s like, ‘OK, now it’s my time to make one.’”

Rutledge Jr. came to the Blue Bombers this spring after stints in 2020 and 2021 with the Indianapolis Colts and Arizona Cardinals. But training camp invitations pale in comparison to actually making a team and then contributing as a starter.

And making this defence – with five of the six players named to the CFL All-Star team last year returning in Jefferson, Jeffcoat, Bighill, Deatrick Nichols and Brandon Alexander, while DeAundre Alford is with the Atlanta Falcons – was no small feat.

But while the club’s star power has done its thing so far this season, it’s new starters like Rutledge, Jr., Demerio Houston, Malik Clements and Malcolm Thompson who have made such significant contributions, along with the likes of Dalton Schoen, Chris Kolankowski (for an injured Michael Couture) and Carlton Agudosi on offence.

“I did my homework before coming in,” said Rutledge, Jr. “I watched the film on the defence and saw the highlights of the star guys and it was like, ‘These guys can play.’ So, coming in here I had to have confidence in myself and in camp be a guy the coaches could have confidence in and be reliable.” 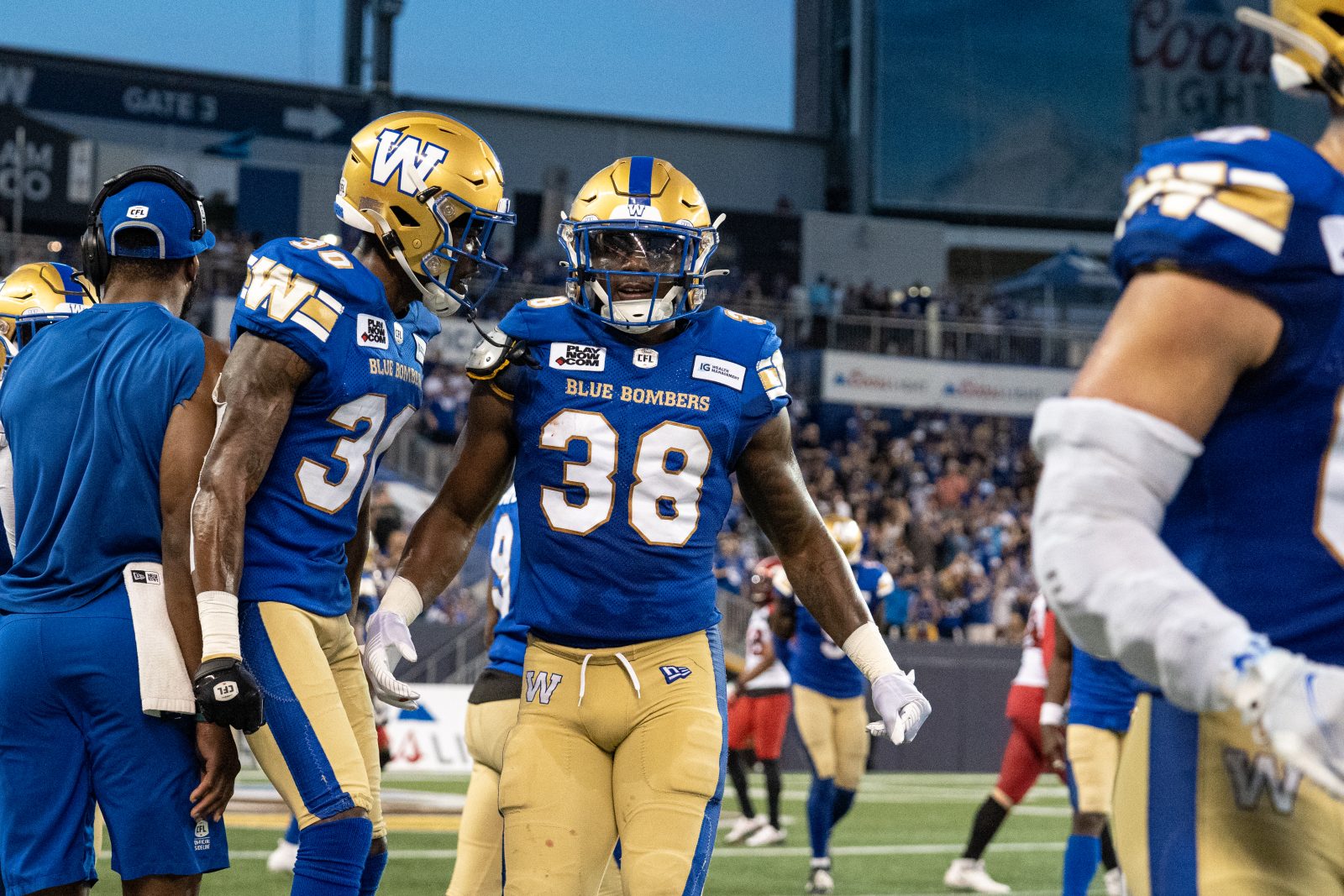 “The guys here have brought more out of me. They’ve stayed on me constantly about everything. It’s all love because they’re trying to push me to be better.

“I’m probably my harshest critic,” he added. “I’ll never know enough. I’m always trying to learn. I always say, ‘I don’t know what I don’t know.’ I feel like I’ve taken on the learning curve pretty well but there are things I know I have seen yet or we haven’t talked about yet. I’ll never say, ‘I’m here. I’m fine. I’ve arrived.’”

Rutledge, Jr. ranks first on the Blue Bombers in total defensive plays with 31 – 23 defensive tackles, one on special teams, a sack, forced fumble and an interception to go along with a pair of pass knockdowns and two tackles for a loss.

Those numbers are impressive, but it’s not what he’s been relishing. Again, it’s simply about being on the field again and contributing.

“This is the best job in the world, man,” he said with a size-large grin. “It’s a blast just to be out there. During the TV timeouts during the last game me and Malcolm (Thompson) were looking in the stands and I said, ‘This is crazy. But I can’t hear you. You’re going to have to give me a signal or something or come over and tap me on the hip.’

“Later on we were on the sideline and getting a correction on something we hadn’t seen before on film and we looked at each other and said, ‘This is fun.’ I mean, it was a tight game against a great team, and we just said it was so much fun to be out there together as part of our defence.

“That’s why you play. That’s why after the game I try and shake hands with some of the fans… that’s what we do this for, and I’m just blessed to have the opportunity to do it.”