Football Manitoba’s Hall of Fame has welcomed aboard 19 new members and the list of inductees includes a cross-section of players, coaches, builders, teams and officials – and a splash of Winnipeg Blue Bombers blue and gold.

Four teams, seven players, three coaches, two builders, two officials and one member of the media were formally inducted Wednesday night at the Football Manitoba Hall of Fame Dinner at the Pinnacle Club. The new crew is officially the class of 2020, but had their induction delayed due to the global pandemic.

Among the player inductees are three players who worked their way through minor football in Winnipeg to play for the Blue Bombers in Chris Walby, Wade Miller and Harold Jackmann.

Chris Walby, who played with the Winnipeg Rods and St. John’s High School, is arguably the greatest lineman in Canadian Football League history. A 16-year vet, he was a nine-time CFL All-Star, was twice named the league’s Most Outstanding Offensive Lineman and was part of Grey Cup championship teams in 1984 and 1999.

Wade Miller, currently the Blue Bombers President and CEO, played his high school football at Sturgeon Creek, then moved on to the University of Manitoba Bisons. After being drafted by the Blue Bombers Miller became a versatile fullback/linebacker who, upon his retirement, was the CFL’s all-time leading special-teams tackler and now ranks third behind Mike Miller and Jason Arakgi. He was named the Blue Bombers boss in August of 2013 and has overseen the transformation of the franchise both on and off the field.

Harold Jackmann, an offensive lineman, played for the Blue Bombers in 1983 and also had stints with the B.C. Lions and Ottawa Rough Riders. He played with the North Winnipeg Nomads, the Tec Voc Hornets, the North Dakota School of Science and Moorhead State. He also coached with the Nomads and Winnipeg Hawkeyes. 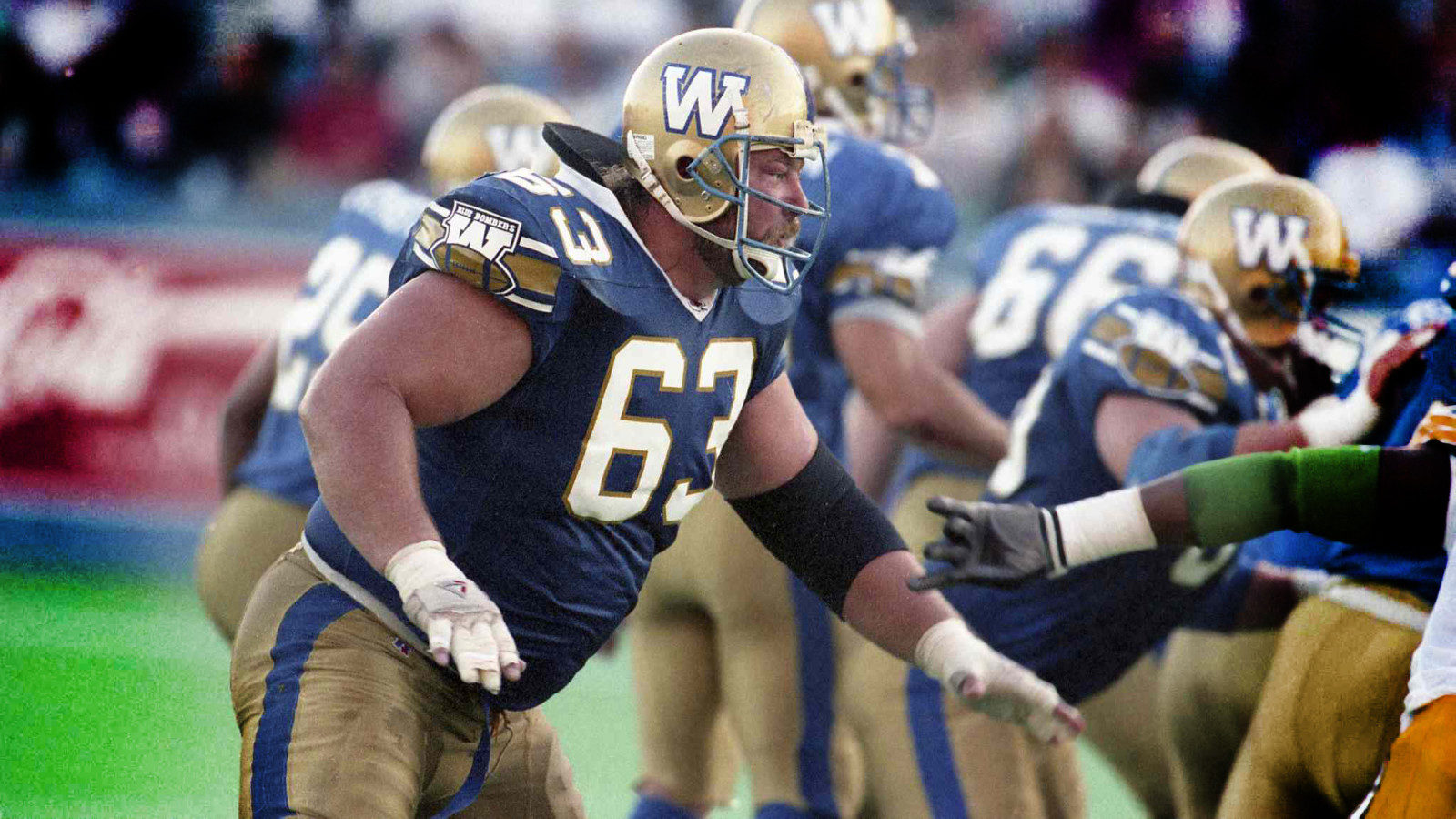 The other players inducted include:

Lou Bernstein (St. John’s Tigers, 1941-43); also a member of the Winnipeg High School Football League Hall of Fame. He played his college ball at the U of M.

Kevin Hart (Daniel McIntyre Maroons) – Hart also played both OL and DL for the Winnipeg Hawkeyes and later the Senior St. Vital Mustangs. He also coached with the North Winnipeg Nomads and is the first Indigenous person to be inducted into the Football Manitoba Hall of Fame

Vic Solyo played centre for the Winnipeg Light Infantry of the Junior Football League and in 1949 was named the best centre in the league.

David Wheeler started his playing career with the Nomads before moving on to the Maples Marauders, the Winnipeg Hawkeyes and Manitoba Bisons. In 1987 he was named the Canadian Junior Football League’s Most Outstanding Offensive Player.

Bob Wilkes and Bob Lawler: Wilkes played for the St. James Rods and Lawler for the Weston Wildcats and the Senior St. Vital Bulldogs, where he was part of the 1969 Canadian championship team.

Together, Wilkes and Lawler worked to rejuvenate the Gordon Bell High School football program in the late 1960s. The school won three championships in five years in the 1970s.

Len Sitter: Played for both St. Paul’s High School and Brandon University and was drafted by the Blue Bombers in 1970. A long-time coach with the Crusaders – he was the Coach of the Year in 1974 – he was inducted into the BU Sports Wall of Fame in 2016.

Al Leitch: after playing for Daniel McIntyre and Elmwood High Schools, he began working with the Eastside Eagles 31 years ago and has been on the program’s board for more than two decades. He has served on the Football Manitoba Board, was president of the Manitoba Minor Football Association for five years and has served as president of the Midget League as well.

Glen Johnson: A Winnipeg native, Johnson began his officiating career at age 18 with the Manitoba Football Officials Association. He officiated amateur football for 10 years and 24 more years professionally, including serving as a head referee in the CFL for 14 years. He also served at various executive positions with the CFL as Vice President of Officiating and Senior Vice President of Football. He is currently the Executive Vice President of the Canadian Premier League.

Bernie Novak: Bernie has served as a senior official with the Manitoba Football Officials Association since 1962. He has also been inducted in the Winnipeg High School Football League Hall of Fame and the Football Manitoba Hall of Fame as a player with the St. James Rods and Tec Voc Hornets.

Shawn Churchill: formerly of CTV Winnipeg and CKX Brandon and now the assignment editor at CTV Saskatoon. He covered amateur football in this province extensively during his time here.

The Nomads went undefeated in 1970 in just their second year of existence and knocked off the Regina Cosmos Cougars to win the Western Canadian Championship.

The 1970 Spartans went undefeated before knocking off the Churchill Bulldogs, which hadn’t lost a game in four years, in the city championship. The 1971 squad finished 6-1 before winning both the Winnipeg and provincial championship. And the 1972 Spartans were 6-1 before falling to the St. John’s Tigers in the championship.