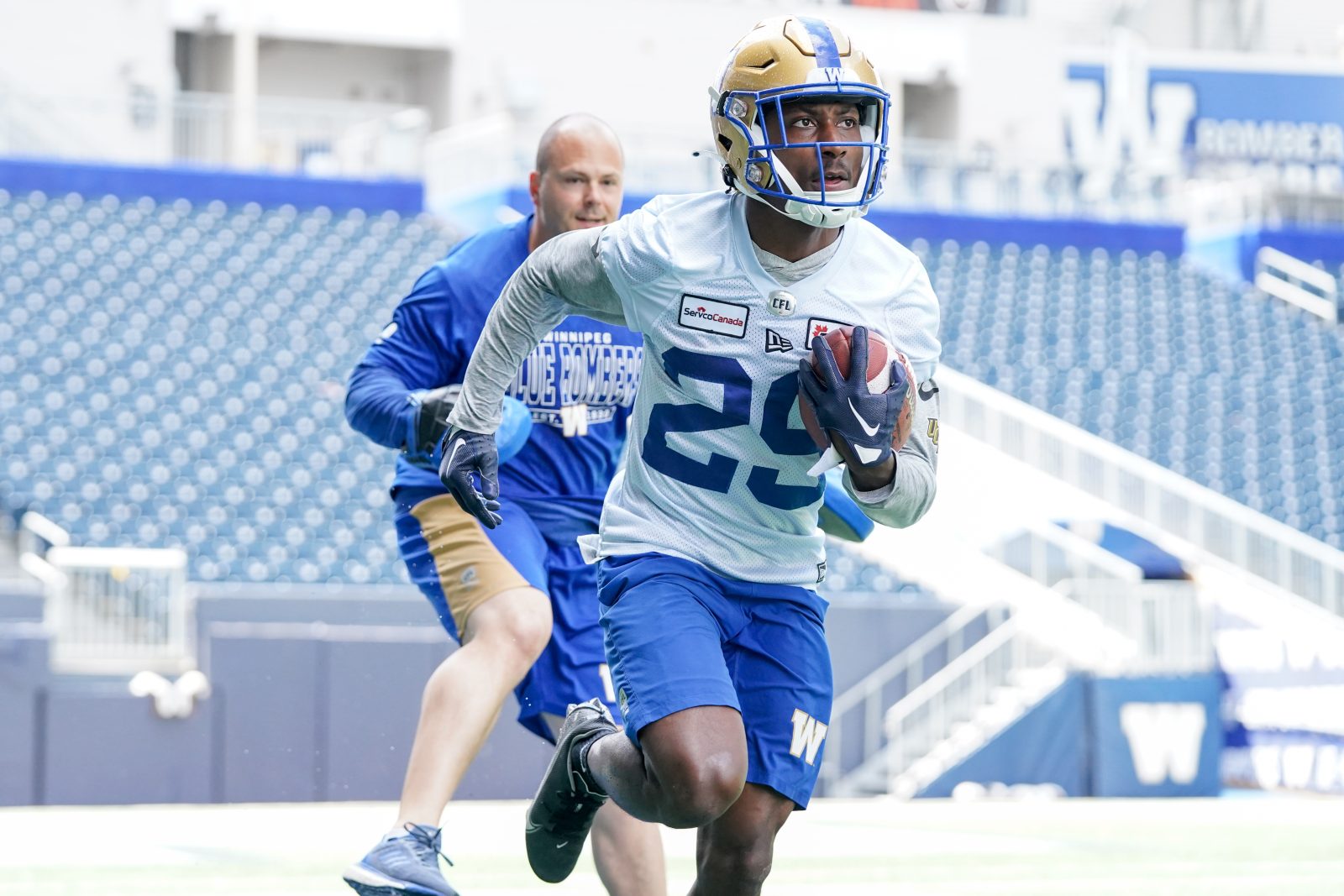 It was a monotonous and mindless gig and everything about it had Greg McCrae simply thinking about the end of his shift and the next paycheque.

What the job did provide, however, was flexibility.

It was during the many months between his football opportunities – from being released by the Toronto Argonauts at the end of training camp last year to signing with the Winnipeg Blue Bombers in early May – that McCrae would plop down behind the desk of a Miami gym and simply check members in as they entered for their sessions.

“That’s all I did — I was just signing people in,” began McCrae in a chat with bluebombers.com on Thursday. “I thought about working as a trainer, but I didn’t want to go down that road yet. I was just working out, working at the gym and hoping to get another opportunity.

“But it was hard, mentally. It was tough not being able to play for a whole year. Football is basically what I’ve been doing my whole life and so at one point I thought my career was over.”

Bet Regal has the Lions favoured by 3.5 points for Saturday’s game in Vancouver:

The over-under point total for the Blue Bombers is 22 points.

McCrae made his CFL debut in Monday’s victory over the Argonauts in Toronto, rushing three times for 18 yards and pulling in three passes, albeit for a grand total of -5 yards.

Still, there’s something in the former University of Central Florida product the Blue Bombers clearly like as he offers essentially the same skill set as the man he is replacing – Nic Demski.

“He’s a smart player,” said offensive coordinator Buck Pierce. “He did some really good things in training camp. He’s versatile and can do some different things with his skill set and he’s learning.

“He’s a fun guy to be around. Smart. Works hard. We see a lot of improvement each week with him.” 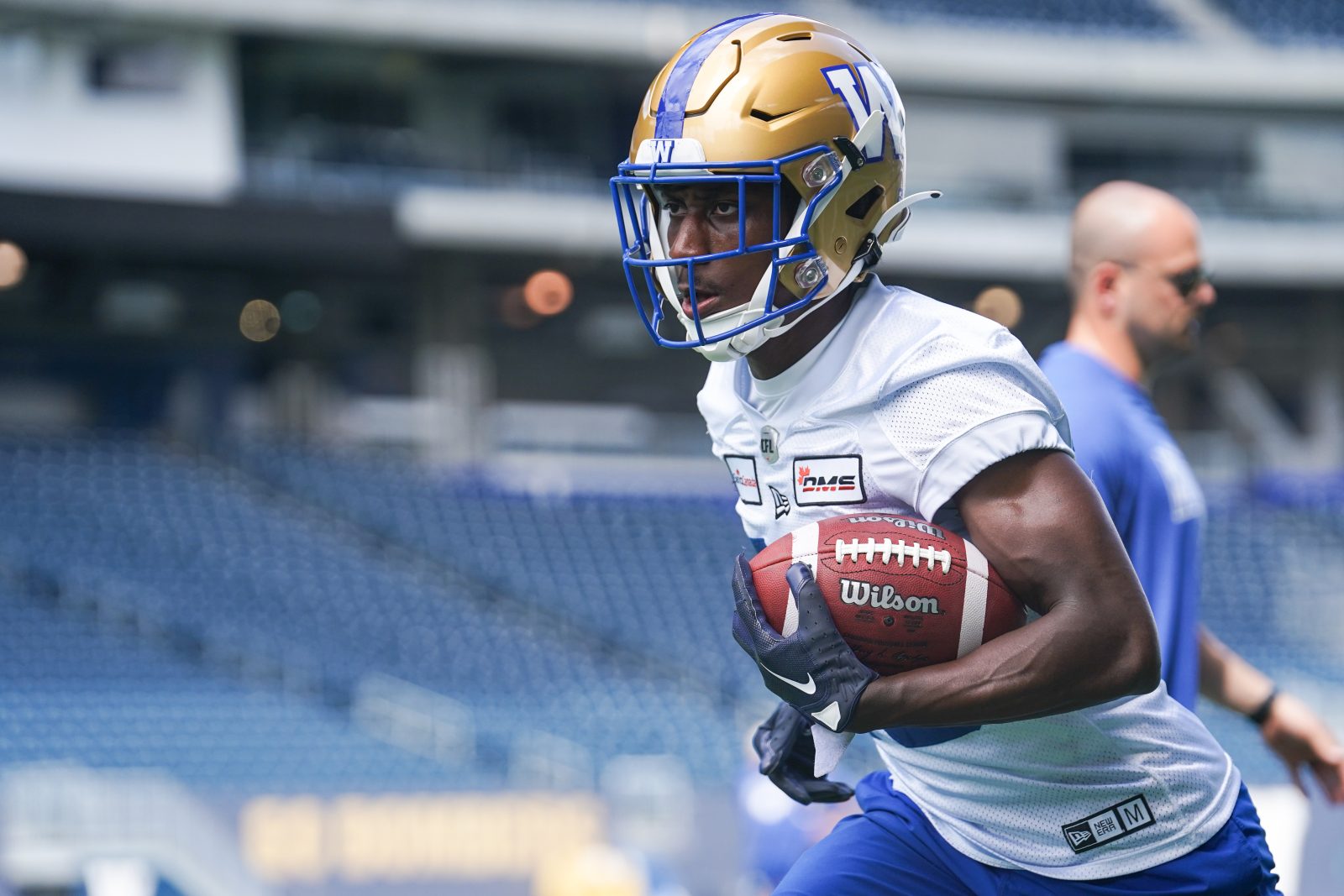 McCrae ended his days with the UCF Knights ranked fourth in school history in rushing yards and touchdowns, while his 6.45-yards per carry average is first all-time.

Two things about that – first, when the Argos released him last year it was like a cold, hard slap to the face. And, second, it made landing another opportunity here with the Blue Bombers that much more meaningful.

“Going through that last year was a learning experience to never take anything for granted,” he said. “That was the first time I’d ever been let go by a team, so being able to come here and have a team believe in me and my abilities means so much to me.

“(Monday’s game) was a surreal experience to be a part of that and being able to go out there and be with my teammates. It meant a lot for my coaches and teammates to feel comfortable enough to put me in that situation.

“There are some really good teammates here, good coaches and they uplift me every day and keep me going. This is a great place to be. It’s a family here.”

That’s a word – ‘family’ – McCrae referenced several times during our chat on Thursday. He spoke of his parents – his mom works for the police and his father is a retired corrections officer – for instilling in him a work ethic: ““Everything I have has been earned.”

But the Blue Bombers have become an extended family of sorts for McCrae, a thoughtful 24-year-old who was named to the National Football Federation Hampshire Honor Society for having a GPA of 3.2 or higher throughout his career at UCF.

“I have a good support system at home that helped me last year after I was released, a lot of friends and family that just kept me uplifted,” he said. “I also wanted to prove it to myself, too, and so I was self-motivated to prove I could still do it. It was tough, but I got through it and I’m here right now.” 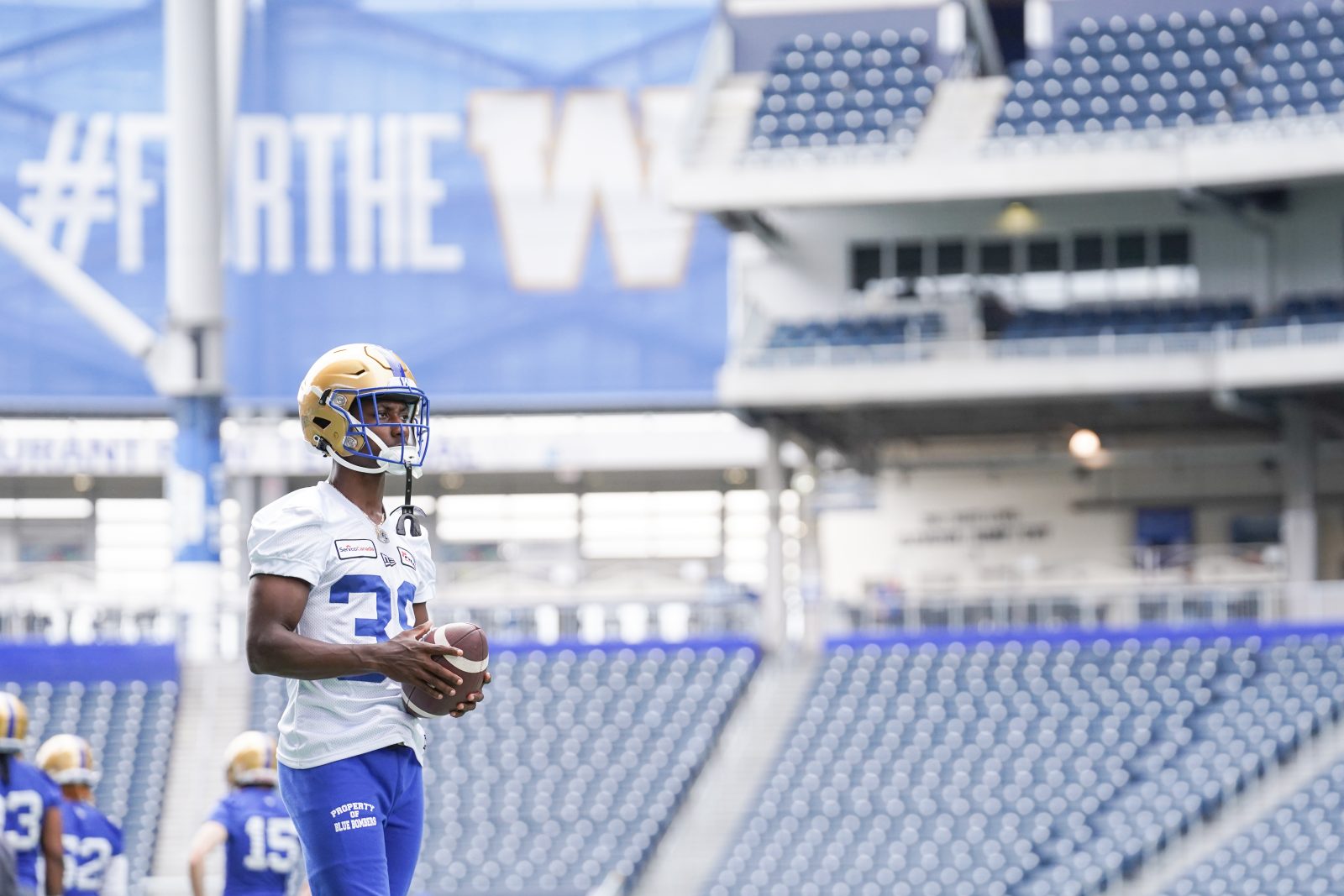 Blue Bombers head coach announced Thursday that LB Kyrie Wilson, who had to be helped from the field in Monday’s win over Toronto, has been placed on the six-game injured list, with an Achilles injury.

One of the most under-rated players in the CFL, Wilson was having a sensational start to 2022 when he went down against Toronto.

“He’s had a good bunch of years,” said O’Shea. “It’s interesting that everybody is noticing him now because he’s been a very good player for us amongst a lot of very good players on that side of the ball. I guess he just flew under the radar, which is probably what he likes to tell you the truth.

“You don’t see that kind of speed very often with a guy of that physical stature. If you can recall a couple plays through the playoffs where he’s run guys down that are pretty fast… it’s pretty evident that he’s a special type of athlete.

“You miss him and that’s why Kyrie has a bunch of teammates that are ready to step in and help us win football games and move forward.”

The Blue Bombers will likely line up Malik Clements in Wilson’s spot for Saturday’s game in Vancouver against the B.C. Lions.

“He can tackle, he knows the game, he’s fit in very well with our guys,” said O’Shea of Clements. “It’s all good. There’s nothing not to like and he plays a physical brand of football, too, so he likes to stick his nose in there and get dirty, which fits well.” 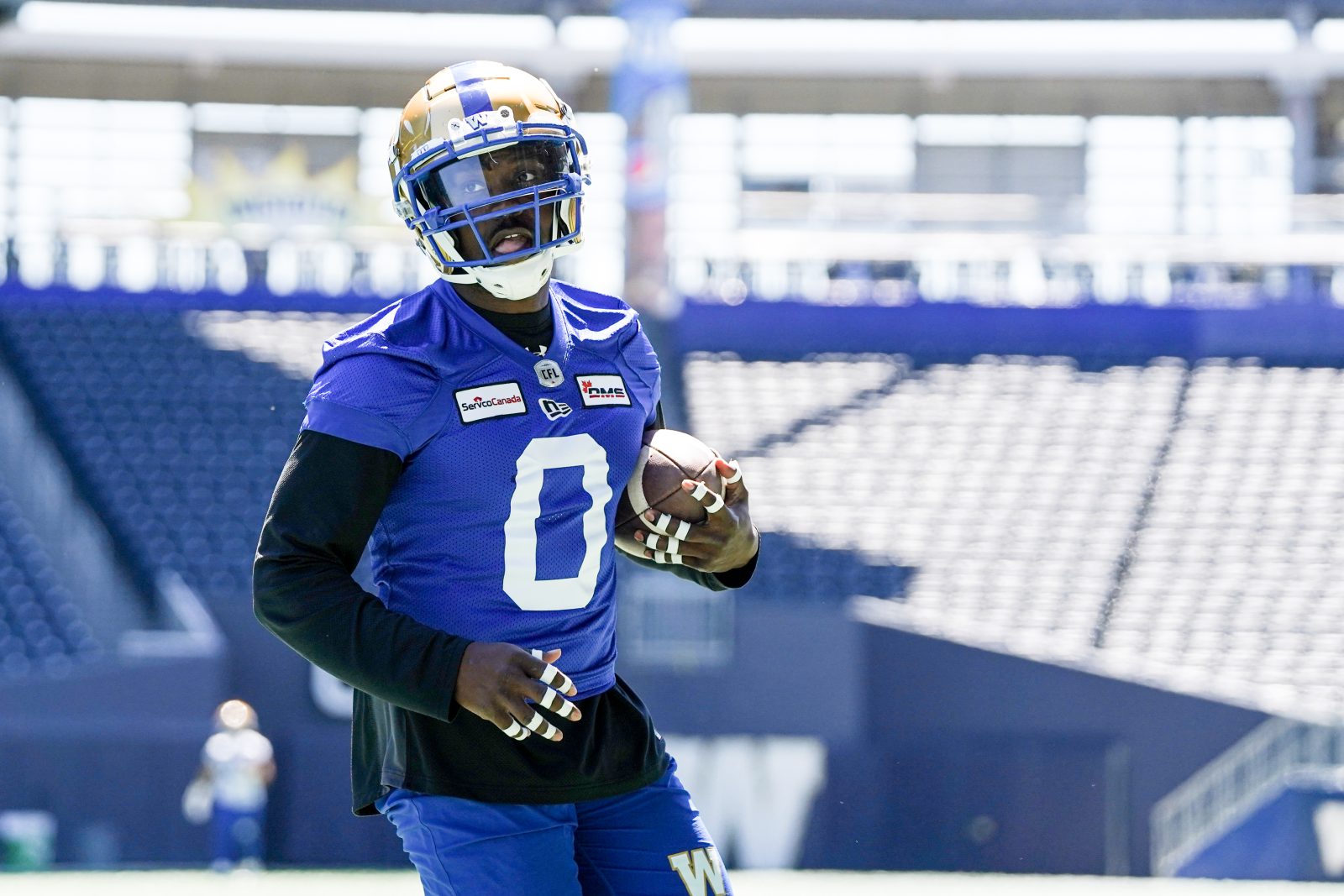 Condolences to the family of Jim Van Pelt, a member of the Blue Bombers championship teams of 1958-59, after he passed away on July 2nd.

A quarterback with the University of Michigan Wolverines, Van Pelt was drafted by Washington in the 1958 NFL Draft but opted to sign with the Blue Bombers. He started his rookie season playing primarily defensive back and as the placekicker, but also took over the quarterbacking chores when Kenny Ploen was injured.

In the 1958 Grey Cup Van Pelt scored 22 points – two touchdowns, two field goals and four extra points – in what was at the time a championship game record.

His days with the Blue Bombers were cut short when he was drafted into the United States Air Force.