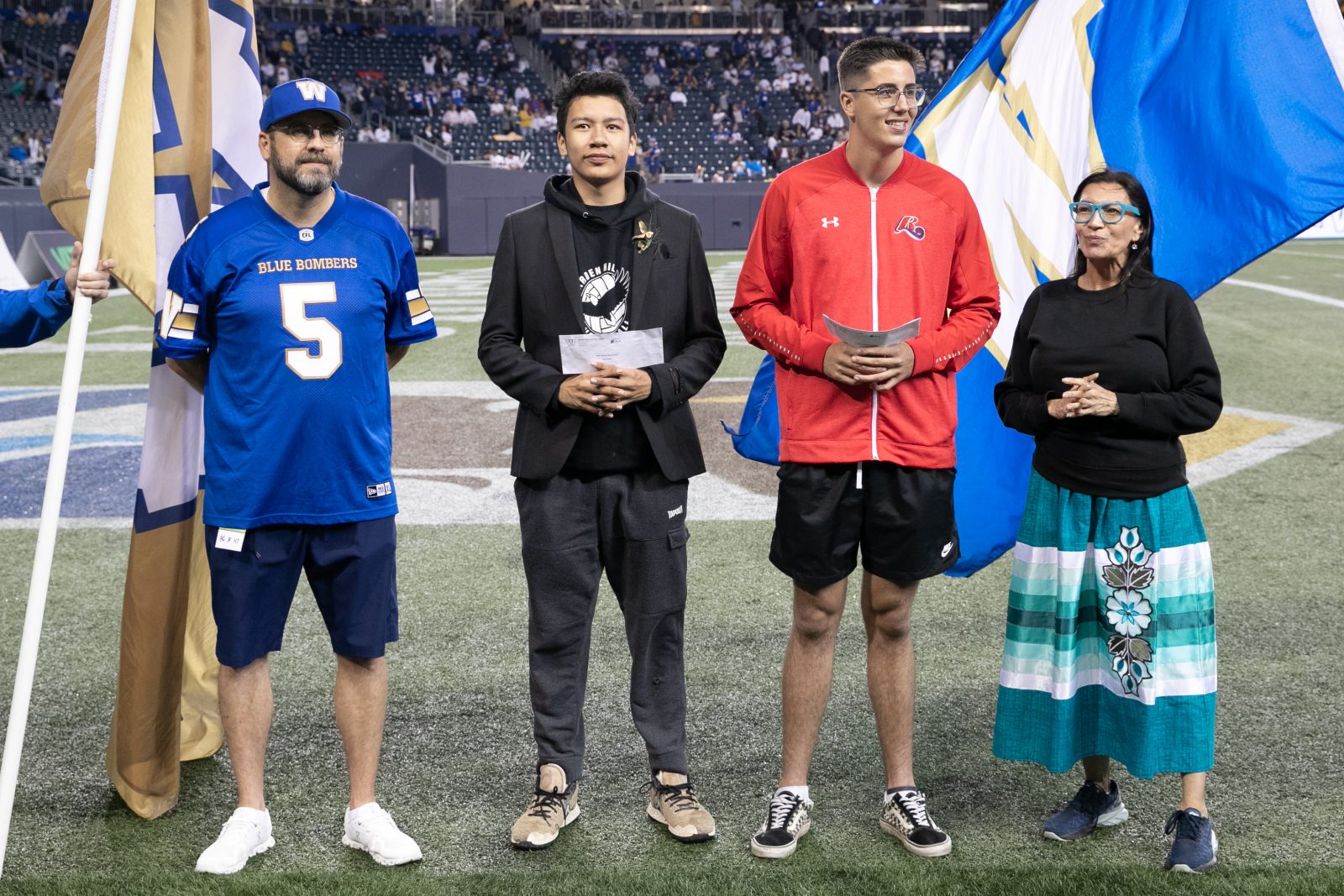 The legend and legacy of Jack Jacobs with the Winnipeg Blue Bombers continues to live on through the awarding of scholarships to two more Indigenous high school students in Manitoba.

The scholarships, worth $2,000 each, are presented annually to Indigenous youth who are ‘passionate about their communities, sports and post-secondary education.’ St. Vincent, who is graduating from College Louis Riel, plans to continue his studies at the Université de St. Boniface in the fall while playing basketball for the school’s basketball team, Les Rouges. His next goal is to apply for the Athletic Therapy Program at the University of Manitoba. 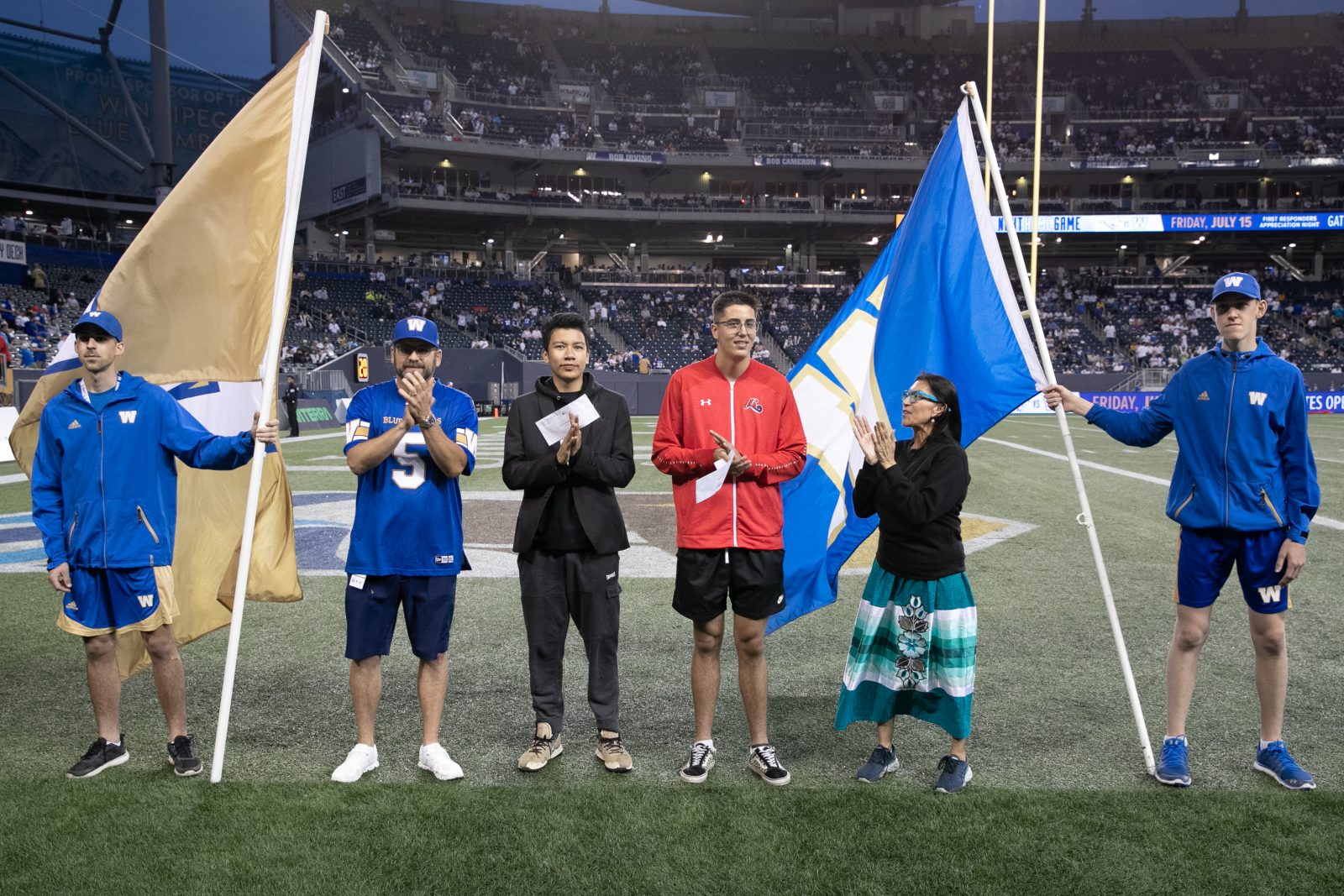 St. Vincent outlined his story in his application for the Jack Jacobs Scholarship:

“I am proud to be Métis and I love celebrating my culture through the Festival du Voyageur. As the Official Voyageur family for three years, we were extremely involved as the ambassadors of the Festival. We were able to share some of the indigenous culture with schools, homes for the elderly and many other groups through music and stories.

Education is very important to me. I enjoy math and sciences and I value the importance of continuing my education through post-secondary studies. I know this will allow me to help others with their health and well-being.  I’ve always been a very athletic person, having participated in many sports like hockey, soccer, volleyball, basketball and badminton and in the last few years fell in love with basketball. It has become my passion. I played with my school team with great success and with club teams. I believe this Indigenous scholarship will help me to better concentrate on my academics and basketball and less on working to help with finances. I would be forever grateful for this grant in helping me pursue my dreams and passions.”

Keno will be attending the University of Manitoba in the fall and dreams of becoming an engineer through the schools engineering access program. He completed in hockey, volleyball and track and field during his days at Southeast Collegiate. 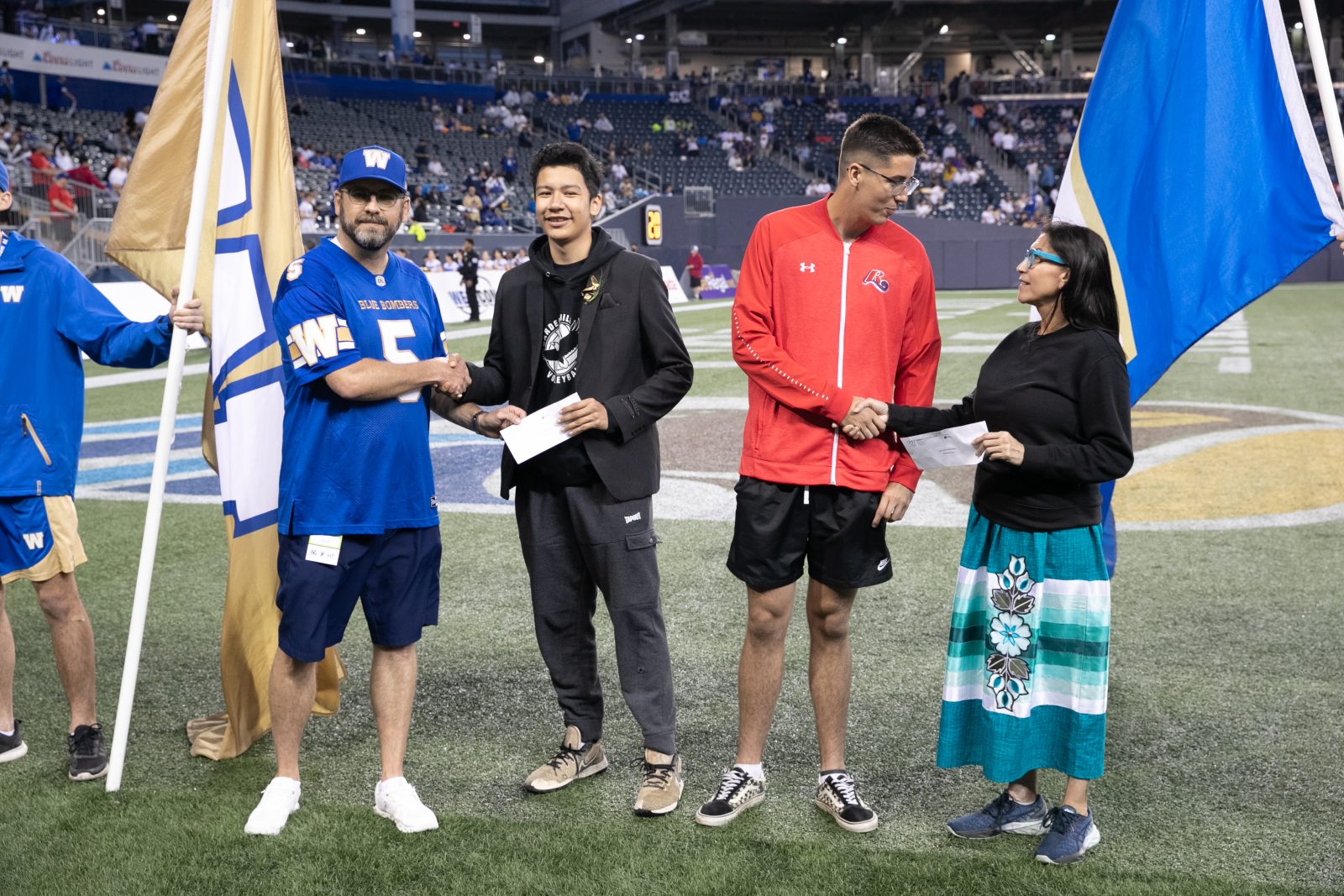 “I feel it is important for Indigenous students to see others like them become successful and having passion in their life for both sport and their chosen career. I also want to encourage the youth from my home community of Garden Hill to pursue a post-secondary education and succeed in their personal goals and careers.

When I was younger, I thought I would be a disappointment and a failure but now that I’m a potential graduate I don’t see myself that way anymore. I don’t want any other youth having the same mindset as I did. Getting this scholarship will benefit me and my community because the program I’m planning to enrol in will allow me to help build more facilities for us to become a better place. I want to obtain my degree and work in my community so that I am able to give back to them. Future generations in my community need positive role models and I aim to be one. I also have such a great passion for sports and this scholarship will help me pursue this passion further.”

Jacobs was a quarterback and punter for the Blue Bombers from 1950-54. Born in Oklahoma, Jacobs was of Muscogee descent and his passing abilities led to fans regularly packing Osborne Stadium. In fact, his popularity was so great it helped lead to the construction of Winnipeg Stadium in 1953 – known then as ‘The House that Jack Built.’

The Blue Bombers were 46-27-3 during his days with the team and he helped guide them to two Grey Cup appearances. He was part of the inaugural class of inductees when the Canadian Football Hall of Fame opened in 1963 and, as well, was part of the first class when the Winnipeg Football Club Hall of Fame was formed in 1984. He passed away in 1974.